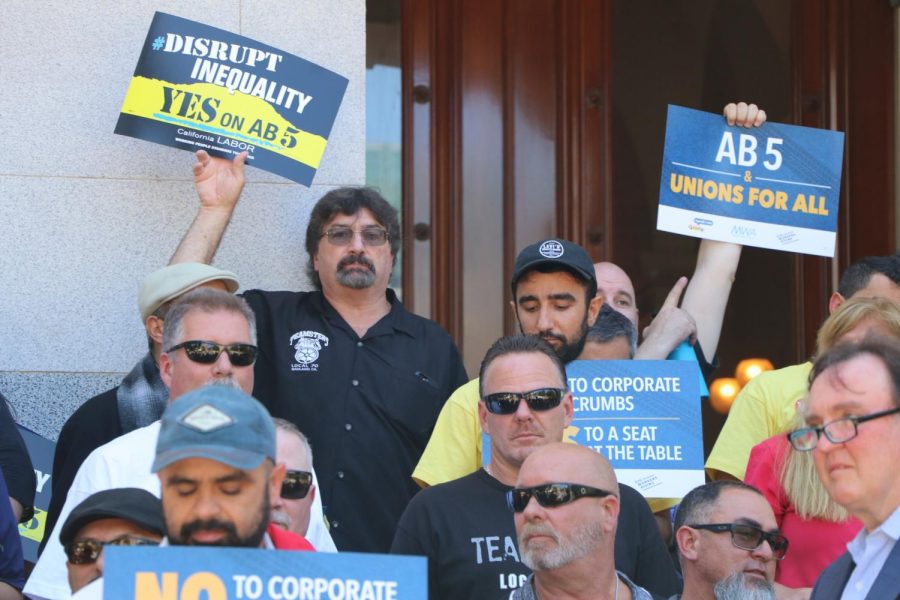 Independent contractors protesting in support of AB5, that if passed would give them employee status. Photo credit: Elaine Sanders

The gig economy has created a new wave of activism within the digital world. The work ethics of driving service apps such as Uber and Lyft are highly controversial as former workers are protesting, claiming they have been mistreated and taken advantage of by the companies. Watch the video to learn more.