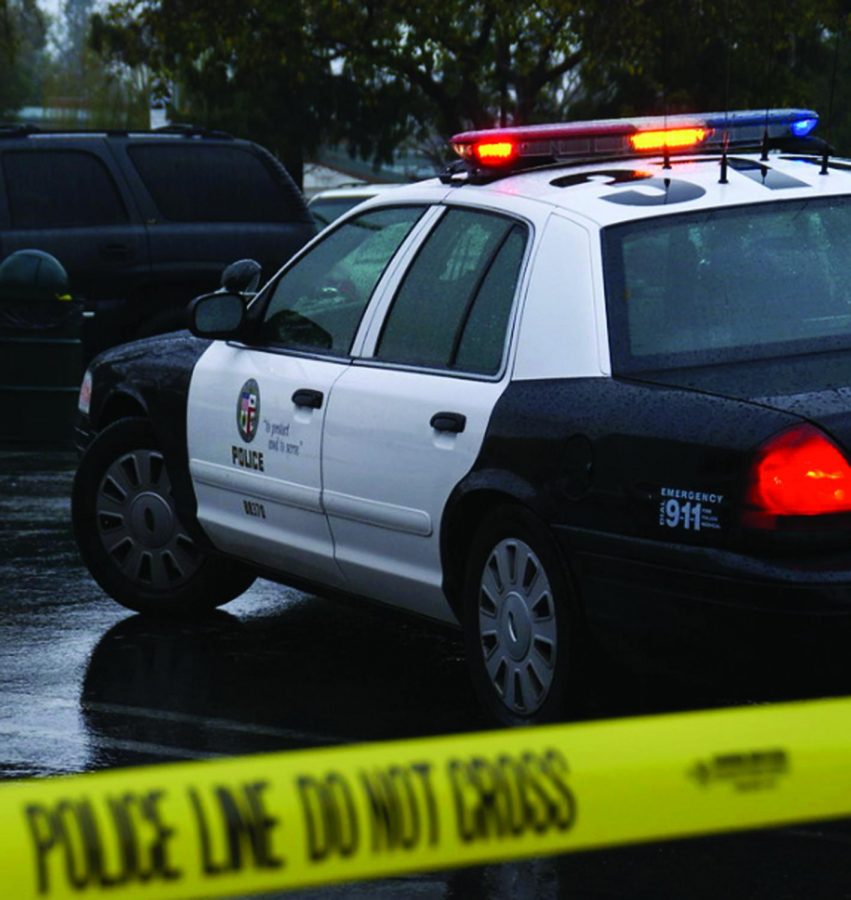 Police squad cars parked in and around the sectioned off B5 parking lot on Feb. 5, 2010. Photo credit: Jennifer Zeitlin

A suspect was arrested after committing multiple acts of sexual battery on campus last week.

The suspect admitted to officers that he came to CSUN to carry out acts of sexual battery after officers arrested him while he was sitting inside the courtyard area at University Commons. Police were able to identify him from camera footage across campus.

The suspect has been identified as a sexual predator due to the number of times he committed sexual battery. According to the CSUN police crime log, there were four instances of sexual battery last Thursday but after the arrest, the police knew there were more victims out there.

According to Captain Scott G. Vanscoy, the timely warning crime alerts sent to the CSUN community allowed three more victims to come forward, saying that the same acts happened to them earlier. Vanscoy said the students told him that they would not have come forward if it wasn’t for the emails asking for anyone to report any information.

Another email was sent this weekend of a reported rape. Vanscoy confirmed that the police department is still actively investigating the case and a suspect has been identified.