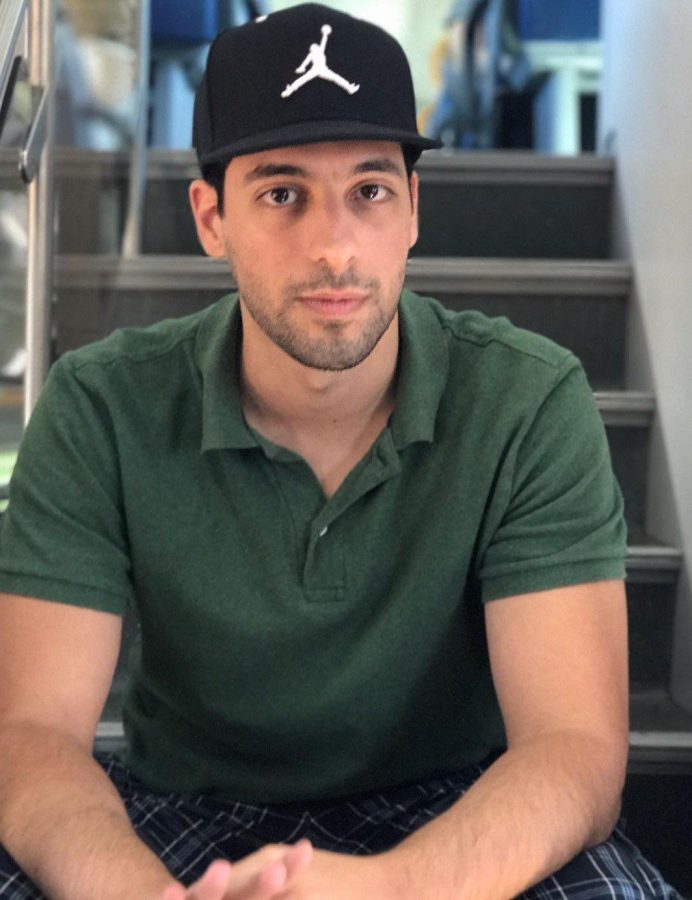 Abdullah Alhendyani has written three books and numerous screenplays, but this will be his first produced motion picture.

A CSUN student and aspiring screenwriter won $1 million to turn his script into a film. Abdullah Alhendyani, a communications and journalism graduate student, won “The LAUNCH: Million Dollar Screenplay Competition” with his screenplay “Haram,” the story of a Muslim woman who defies her parents when she falls in love with another woman.

“The LAUNCH: Million Dollar Screenplay Competition” is an annual competition that awards student screenwriters who win with $1 million for a production budget, as well as $50,000 in education grants.

“Haram” focuses on a queer Muslim woman who falls in love with a tattoo artist, despite her family’s religious objections to her lifestyle. Alhendyani describes it as “a story about a woman’s discovery of her true self and accepting who she is as opposed to what others demand from her.”

There is no word yet on a start date for Alhendyani’s script, but for an aspiring screenwriter, the victory is good enough for the time being.

“I don’t want to get into the finer details of production yet,” Alhendyani wrote. “I’m still just living in the moment.”

Alhendyani, 27, began writing when he was young, and has published two books in Arabic. His experience writing a third book, however, made him decide to give up novels for screenplays.

“After my third novel was met with a troublesome road, I became hateful to writing novels and picked up a dozen scripts to learn about the process of writing one,” Alhendyani wrote.

As the start date on the making of his first film is approaching, Alhendyani remains humble about his future in screenwriting.

“I’m only in the spotlight now for winning, but I’ve lost countless times before,” Alhendyani wrote. “Every single loss and failure just takes something away from you, but you just got to bite down on your mouthguard and fight through it. No matter how many No’s you get, it only takes one yes to push one foot through the door.”