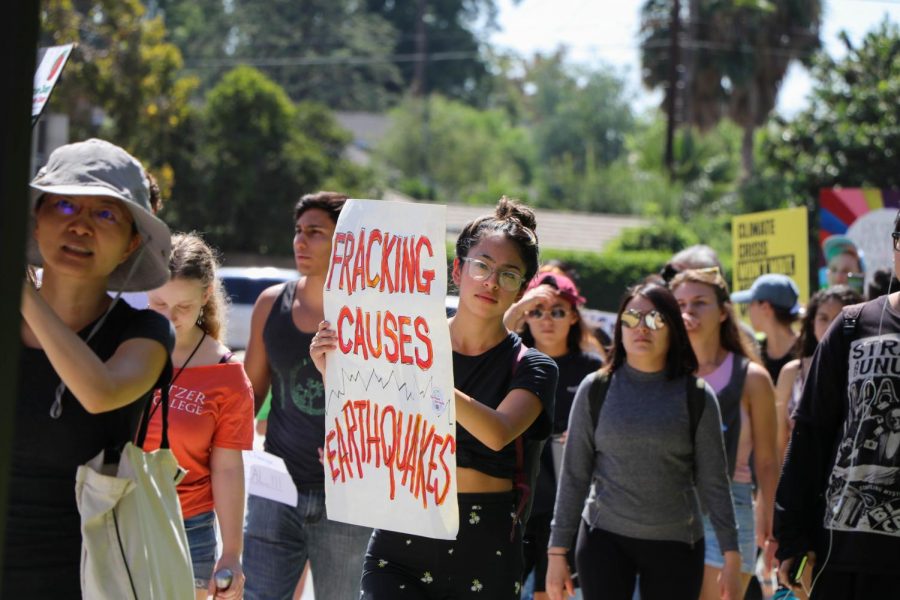 Students, professors and community members march side by side, united by the fear of the catastrophic effects of climate change. Photo credit: Elaine Sanders

Students and faculty gathered in front of the Oviatt Library on Friday, Sept. 20 to participate in the Global Climate Strike in order to spur political action for climate change.

The Global Climate Strike is an event consisting of climate change protests from Sept. 20-27 around the world. The strikers hope to influence the U.N. specifically, in order to accelerate the implementation of the Paris Climate Agreement by all countries.

CSUN students and faculty began their protest at 10:30 a.m. as they walked out of their Friday classes in unity, rallying to show their support for new climate-based policies.

When asked why the rally was so important, Gonzales said, “The U.N. is meeting tomorrow and it’s an 18-month process, so the important thing is creating awareness. We’re make sure these issues are brought to these meetings and to people in power who can make this change.”

Professor David Klein, director of the climate science program, and other faculty were just as involved with the march as students, and even had stories to tell based on their personal experiences with climate change. Many other protesters had their chance at the podium, speaking of the kind of change that is necessary in order to reverse the climate crisis.

But how does one fight climate change alone?

“Take the fight to the main people, like CEOs of the fossil fuel industry, the ones that are causing such devastating amounts of pollution,” Gonzales said. “I think it’s really important to bring the fight to them. I think that will be the really long-lasting change, because when we take the fight to these people, we are really saying that we won’t take it anymore. Change will really come when we start changing the politics themselves, not the climate.”