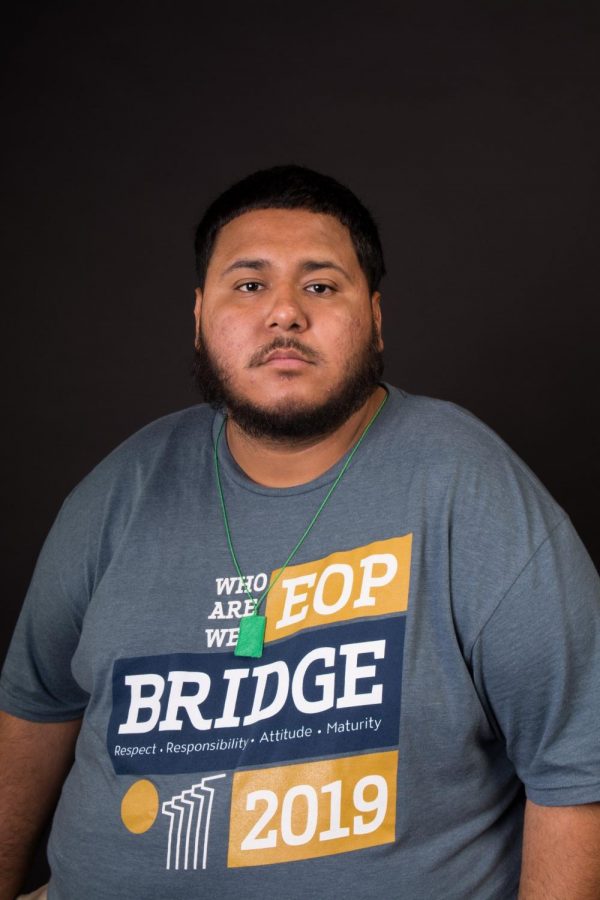 Experiencing homelessness twice has kept Jose Andres Miramontes at CSUN for the past four and a half years. He doesn’t want his mother, Lorena Vergara, and his sister Jazmin Miramontes, a college graduate from CSU Long Beach, to experience it again.

Setback after setback made him believe college was impossible. He graduated with a 1.4 GPA from Cabrillo High School, wasn’t living in the best environment and his father walked out on his family at a young age. His mother raised him and his sister on her own.

His mother cleans houses, babysits and sells food in order to be financially stable. She immigrated from Guadalajara, Jalisco, Mexico with dreams and ambitions of her children getting a college education.

“She went through hell raising us and I can’t give you a time where she backed down from anything,” Miramontes said. “When it came to defending us, she was willing to fight a grown man in order to defend her kids, especially when my father walked out. Overall she’s a badass woman.”

Miramontes didn’t have an ordinary childhood. At the age of four, his dad walked out on the family, and it was also the first time they became homeless. Miramontes and his sister hoped their uncle would give them food and clothes, but instead he drove around the block and made fun of them.

“That painted an image in our minds and to this day we have never forgotten,” Miramontes said.

His mother tried her best to secure his future. She signed him up for Upward Bound at CSU Long Beach at 14, a program that prepares high school students for college and serves first generation and low-income students.

“I was put in that program straight out of middle school ’cause I had anger issues. I didn’t like talking to anybody that wasn’t Mexican,” Miramontes said.

Miramontes spoke to other students from different ethnicities during the summer program, but he felt more comfortable talking to other Mexicans during high school. His academic performance wasn’t the best, with his grades ranging from C’s to F’s.

When Miramontes met Hubert De Leon Tzic, a CSUN EOP alumni and an Educational Career adviser at Upward Bound, Tzic was always happy to see him. Miramontes thought it was weird that he acted in that manner.

Tzic continued to plant seeds in Miramontes’ mind that going to college was possible, telling him, “I’m gonna get you to Northridge, man!”

He helped Miramontes fill out the CSU and EOP application, ensuring that the first school he applied to was CSUN. He also invited him to the 2013 EOP Convocation Residential Bridge ceremony, along with other high schools students. Tzic gave these students a sense of what it’s like to walk on a college campus and be with people from EOP.

At this event Miramontes met Jose Luis Vargas, a former EOP director. After introducing himself, Miramontes told Vargas that he had applied to CSUN and that maybe one day he’d attend.

Miramontes was conditionally admitted to CSUN through EOP. He started his college journey in the 2015 Residential Summer Bridge and advanced onto the fall. It was a challenge transitioning from high school to college. He felt alone, sad, and wasn’t used to being without his mom. He almost got kicked out in his first semester due to his poor grades.

Once sophomore year came around, his family had become homeless again. The landlord forced them to move out of their home, as his daughter was pregnant and needed a place to live. Miramontes couldn’t believe the landlord would do such a thing.

“I remember I cried, that was my house since I was four years old,” Miramontes said.

After that, his grades began to drop again, but it was EOP professor Glenn Omatsu and mentors like graduate student Abraham Baeza who kept Miramontes grounded at school.

“We have similar struggles so we understand each other. We didn’t have a bed growing up,” Miramontes said.

Baeza believes Miramontes’ passion towards education is what made him continue to thrive despite the obstacles.

“Seeing his passion, seeing the drive he has to motivate others and give others hope, he’s being that person he didn’t have growing up,” Baeza said.

To this day, Miramontes continues look to Baeza for advice and sees him as a big brother.

“I feel blessed walking around at CSUN as a student,” Miramontes said. “I thank God for the miracle he worked on the position he put me in for this program.”