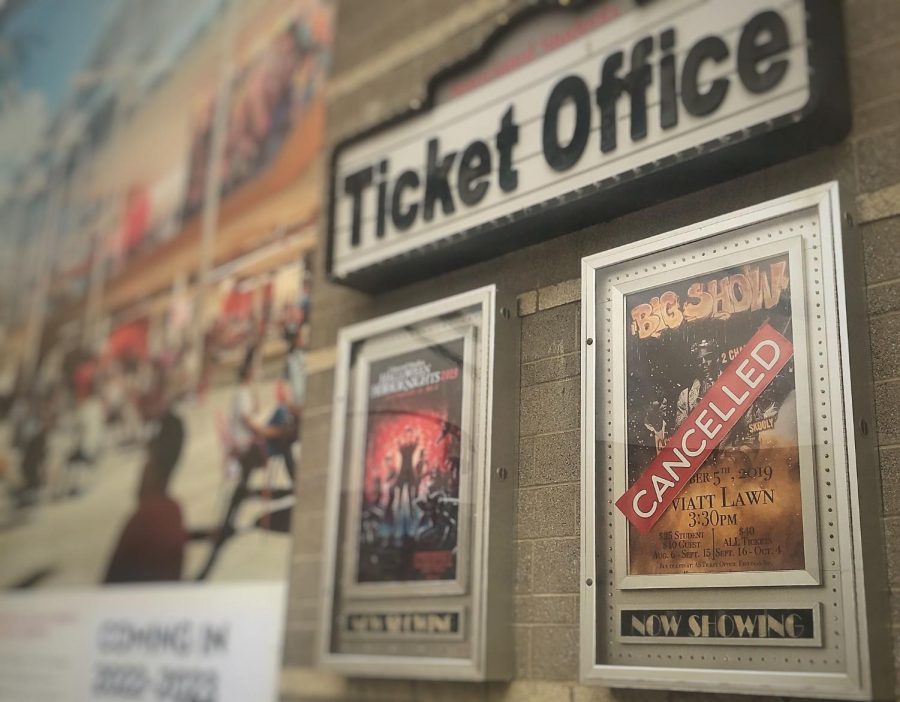 Refunds for Big Show are available from now until Oct. 7 at 6 p.m. at the Associated Students Ticket Office.

This year’s Big Show has been canceled by Associated Students due to a scheduling conflict with headliner, 2 Chainz.

The rapper was set to play at Big Show for Saturday, Oct. 5, along with performances from A.CHAL and Skooly. AS attempted to find a replacement for the final act of the night but decided to cancel altogether due to the difficulty of finding a new artist at the last minute.

“It’s not a week-long process,” AS Marketing Manager Kevin Mojaradi said. “It’s a one-month or two-month process, so to find a new artist within two weeks was going to be virtually impossible.”

Big Show is an annual event curated by AS that has been running since 2001 and has featured big acts such as Common, Tyga and Taking Back Sunday. 2019 will be the first year in its history that the event has not occurred.

“I was disappointed because it’s my first year as a transfer, so I was looking forward to it,” student Damaris Robles said. “It was so close, just next weekend, and I was prepared for it.”

“I know a lot of people that were really excited about it,” student Emily Mahler said, “so it being canceled sucks because we’ve all been stressing out about school and it would’ve been a break, but now we don’t have that break.”

Other students suspected the show would get canceled. Student Tabria Brown never bought tickets because she assumed 2 Chainz would not even show up.

“The other shows come before anything like this,” she said. “Big money comes first. (Artists) don’t go for school money. They go for big shots, like the people who spend hundreds of dollars on their concerts.”

Refunds for Big Show are available from now until Oct. 7 at 6 p.m. at the Associated Students Ticket Office.