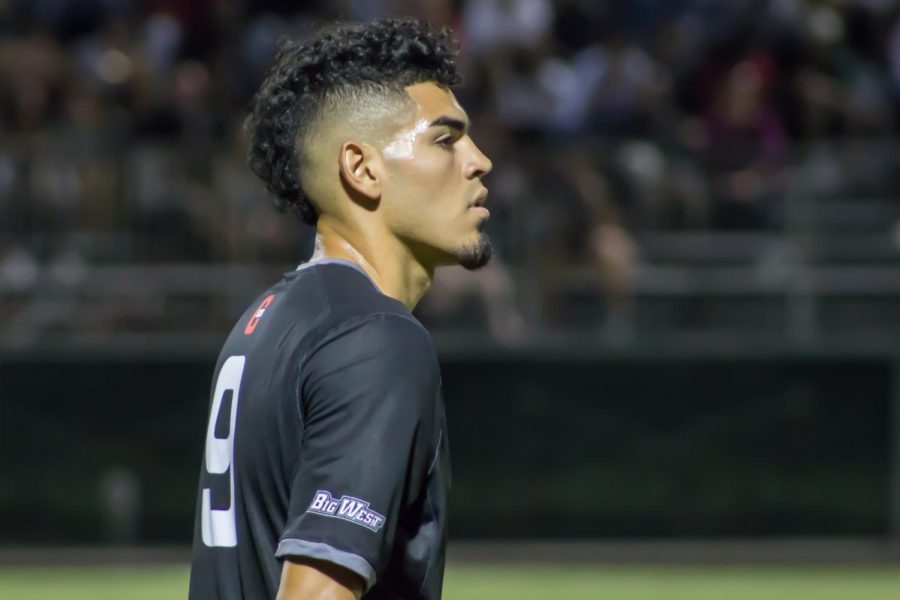 Men’s soccer suffered their third consecutive home loss this past Saturday against the Santa Clara Broncos. After a scoreless half, mistakes on the end of the Matadors gave Santa Clara the opportunity to score and win the game 2-0.

“They scored, we didn’t,” head coach Terry Davila said. “I do not feel that we did enough to win the game.”

The Matadors came into this match with an overall record of 5-3-1. After a hot start to the season the team has struggled for the last few weeks, losing three of their last four matches. The Broncos came into the match with an identical record to the Matadors, only they have been on a hot streak as of late, winning their last three matches.

This was an important match for CSUN as it was their last game before the conference portion of their schedule begins to kick in. This match against Santa Clara gives the team and coaching staff a good idea of what the team is looking like going into conference play.

Santa Clara didn’t make much happen offensively in the first half either; the team only took three shots the entire first half. Both teams had a decent amount of fouls as well, with CSUN having four and Santa Clara having five.

After a scoreless first 45 minutes, the second half had some goals scored, but not in favor of the Matadors. The tie broke at the 72nd minute as Bronco forward Javier Ruiz Durant found the back of the net after a cross into the box from midfielder Alejandro Barajas.

In the final minutes and down 1-0, CSUN gained an advantage after Santa Clara defender Sakari Carter was ejected from the match after being issued his second red card from the officials.

With a man up and five minutes to go, the Matadors made one last push to even the game. Sophomore midfielder Omar Grey took what would have been the game-tying shot, but Santa Clara goalkeeper Guillem Badenes Mecho saved the dead-on shot from Grey. The body language of the Matadors changed after this instance as their disappointment began to set in.

As Santa Clara began to push for the goal to ice the game in the 89th minute, redshirt freshman goalkeeper David Preys came out of the box to stop the defender. However, this ended disastrously for CSUN as the ball got past Preys and Santa Clara was able to score their second goal of the night.

Santa Clara was in full celebration mode as the final horn blared out throughout Matador Soccer Field. The Matadors walked of the field quietly and somberly, disappointed in the result of the match.

“Tip your hat to Santa Clara for staying in the game and getting the result,” Davila said.

The final result of the match was 2-0 in favor of Santa Clara. CSUN held possession of the ball 58% of the time as opposed to Santa Clara’s 42%. However, they weren’t able to capitalize offensively as the Broncos outshot the Matadors 12-11.

CSUN now holds an overall record of 5-4-1, with a home record of 2-3-1. The Matadors’ next game brings the start of Big West Conference to play when they face the CSU Fullerton Titans on Oct. 9 at 7 p.m. at Matador Soccer Field.