Preparing for the 2020 Census: How a Community Plans to get Everyone Counted 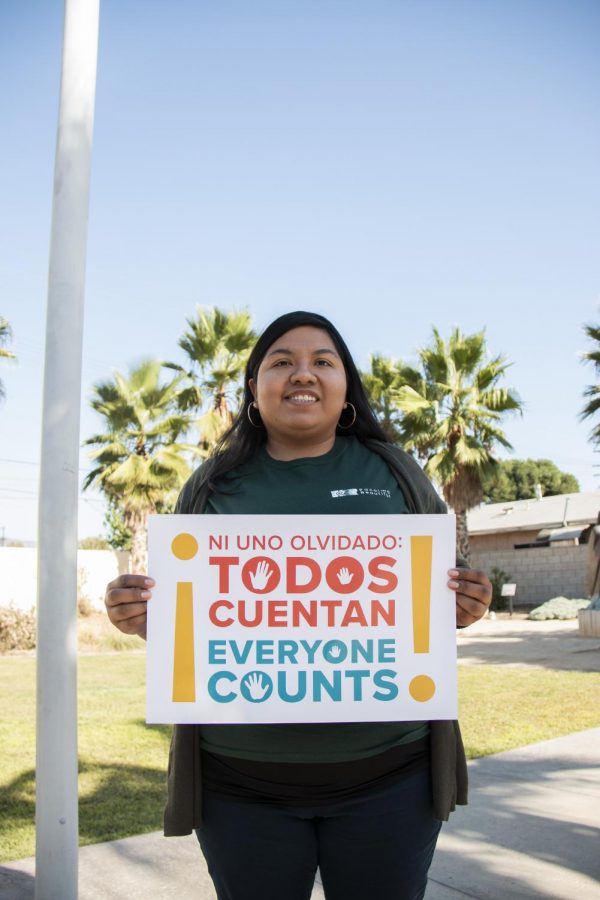 Inside the glass offices of Pacoima City Hall, a Latina in a yellow cardigan was instructing representatives from different organizations across the San Fernando Valley on how to organize themselves for the upcoming United States 2020 census.

In a matter of minutes, small groups were spread across the room, each one representing the different areas of the Valley they would cover, from North Hollywood to Van Nuys to Reseda.

The San Fernando Valley Complete Count Committee meets a few times a month to plan for the upcoming Census 2020. They’re getting ready to educate their community about the census, especially since their area is known as a “hard to count community.”

About seven months ago Pacoima Beautiful, a grassroots organization in Pacoima, convene with local organizations and representatives of elected officials to form the San Fernando Region for the Los Angeles Region Census Table to create a plan on how to make sure their communities get counted for the census. There’s over 25 members in the San Fernando Complete Count Committee coming together to talk about different outreach efforts to target their communities.

The San Fernando Valley region is known as a “hard to count community” that has high low responsive scores, said Lopez-Pelayo, “meaning in previous census efforts, these communities were not responding to filling out the form compared to other communities.”

But there’s a reason for these low responses. Cities like Pacoima are filled with immigrants or sometimes only Spanish-speakers, “who might not have a full understanding of what the census is, or due to the citizenship question being proposed on the census form might fear answering or participating on the census form and have little to no trust in the government,” said Lopez-Pelayo.

According the United States Census 2020 site, information filled out by the people is protected under Title 13 of the U.S. Code to keep information confidential. Data is protected by law and cannot be used against an individual by any government agency or court, including law enforcement.

The response scores throughout the Valley vary from 0-60% mail return rate or 60-65%. During the meeting, a map of the Valley was propped up to show the low response rates and where the members were going to cover. Some of these areas include Northridge, San Fernando and Pacoima.

“That’s the goal — to fill the gaps and get everyone counted, children counted, family counted, immigrants counted, anyone, whether they’re homeless or not, even students,” said Lopez-Pelayo.

She explains that this upcoming census is unique because residents will receive a letter with a code to register and fill out the application online. However, this is a challenge because not everyone has internet access. The census will mail out a paper form to those who do not fill out the form online, but even that does not guarantee everyone will fill it out.

Lopez-Pelayo said that the census is really important for their communities to get the proper funding for hospitals, schools, parks — any public space.

“We have to have an honest reflection of how many people live in this community,” she said. “If we don’t, we are at risk at losing essential funding that our communities need.”

For now, the committee has been working on a timeline of events to attend in their communities where they can educate people about the census. Any event from a church function to a cultural festival is an opportunity for them to spread the word and prepare their communities.

Lopez-Pelayo grew up in Pacoima after moving from Mexico City at the age of six. She has worked for non-profits for over 20 years and this experience has helped her in her leadership role in the San Fernando Valley Complete Count Committee.

“There’s a reason why I was placed in this role, and it’s because I feel passionate about it and only someone who is passionate about their work can engage others to follow, to engage and to be present and to incorporate themselves into this complete count,” said Lopez-Pelayo.

She said conversations among the community and even her family have started about the census because of that threat of the citizenship question being on the census.

“It’s like an evil in disguise that has cost irreparable damage, creating a lot of fear but also lead to people asking questions, what is the census, what does it mean, how does it affect me,” said Lopez-Pelayo.

At Pacoima Beautiful over 90 members of the community are getting informed and 50 youth from their Youth United Towards Environmental Protection are learning about how the census affects their family. They are encouraging their parents to participate and will eventually do phone banking and go door to door informing families about the census.

“Youth are very intelligent and motivated in making sure that we have a fair count because it affects them, it’s their future, 10 years for someone who’s about to graduate means a lot, in 10 years they could get their degree, get married, have children and it will affect them directly,” said Lopez-Pelayo.

Andrea Reynoso, 25, a Dreamer and a Deferred Action for Childhood Arrivals student at CSUN, says her parents have never filled out the census because they speak only Spanish and they work so they don’t have the time to get educated. She remembers when she was filling out the DACA application after high school, and her friends were scared for her because she was putting her personal information on there.

“You need to stop being fearful,” Reynoso had told them. “If I don’t take the risk, I’m not gonna move up in life.”

She found out she was undocumented during her senior year of high school when she was supposed to be applying for colleges. Her teacher explained to her she couldn’t get financial aid because of her status. “Why am I so different?” she had asked.

“You grow up thinking you’re so like everybody and then you realize, in a moment of your life, you are not privileged to have that,” said Reynoso.

To this day she says she walks on “a thin piece of paper” knowing any risky move could remove her DACA status. But that doesn’t stop her from informing others. As treasurer for Hermanas Unidas, a non-profit organization at CSUN, she says she looks for scholarships for other DACA students and tells them where to renew their application.

Reynoso will be graduating in the spring with a bachelor’s in liberal studies and a bachelor’s in Chicana/o studies. She wants to be a math teacher and work for low-income communities, hopefully at her old school, San Fernando High. She sees herself starting a club for Dreamers and other DACA students, informing and gaining trust from their parents about resources in the community, even about the census.

“As a community we have to keep pushing, speak up so we can be heard. If we don’t fight, things are going to be reversed back, we want to fight for justice, for something that’s going to benefit us and our future kids,” Reynoso said. “We have to break those stereotypes. People say ‘si se puede,’ but no, it’s ‘si se pudo.’ We have come a long way in our history but as long as we get educated, we are able to overcome these struggles.”

Lopez-Pelayo looked at all the members at the Complete Count Committee meeting and thanked them for coming out, motivating them to talk to their communities. She tells them it’s important they get their community engaged.

“We all need to get counted, we cannot allow fear tactics from Trump’s presidency allow us to be put into the shadows and that this is a safe process and that we have organizations like Pacoima Beautiful that people can come to for support,” she said.

Corrections: Clarifying that Pacoima Beautiful has convened with local organizations to form the San Fernando Region for the Los Angeles Region Census Table.