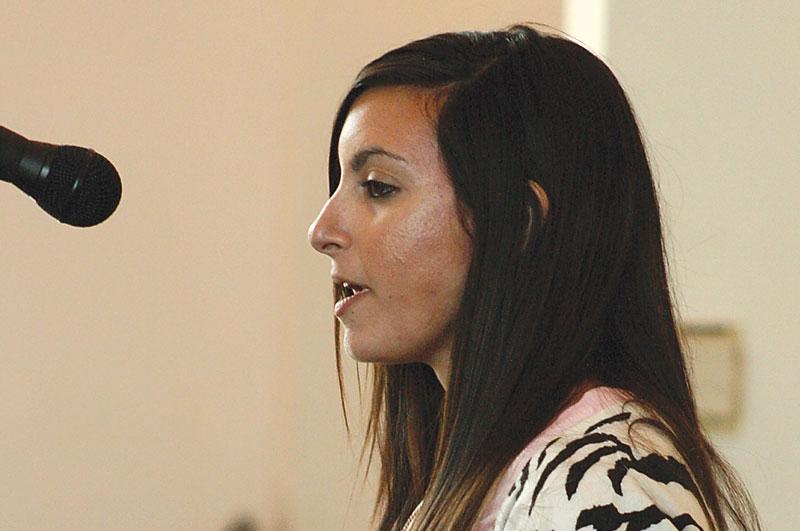 Audrey Younna walked up to the microphone to a shout from Bobby Tofig, At-large Senator II, and a round of applause from the entire Associated Students (A.S.) senate for her work on the Big Show.

Though CSUN Public Safety counted 3,850 attendees at the Big Show entrances, Younna said, that was a drop from last year’s attendance record of 6,219, as previously reported by the Daily Sundial. The difference though was tickets were free for last year’s Big Show, and this year students were charged $5 and nonstudents $20.

As of Tuesday, Etter said ticket sales were as follows:

The reason Lupe Fiasco, the artist first announced as the main headliner a week before Talib Kweli was announced as the co-headliner, wasn’t the last act in Big Show was because Kweli missed his flight to Los Angeles, Younna said. After coordinating with Fiasco’s personnel, the lineup was changed having Kweli closing out the show.

A.S. Elections Director Dan Monteleone said that 65 to 66 election packets were given out at the Big Show. Election packets need to be filled out in order to run in the A.S. elections, with the earliest election being in November.

A.S. representatives were given the chance on Saturday at the Big Show to go up on stage between performances.

“(The Senate) attending the Big Show, it really meant a lot to me,” Younna said.

Upper Division Senator I Austin Ysais said, after the meeting, that he met Talib Kweli and members from the Far East Movement backstage. Ysais added he was working the event as well.

The members from the Far East Movement, Ysais said, were appreciative to be performing at the Big Show.

“The people you see backstage, it’s a circus,” Ysais said.

Tonantzin Oble, Social and Behavioral Science I, said that even though she wasn’t familiar with the Big Show artists, “My sisters were singing along and it made me want to have a good time, too.”

“When I was standing up there, it was good to know we were trying to unify different kinds of students,” Nadershahi said.