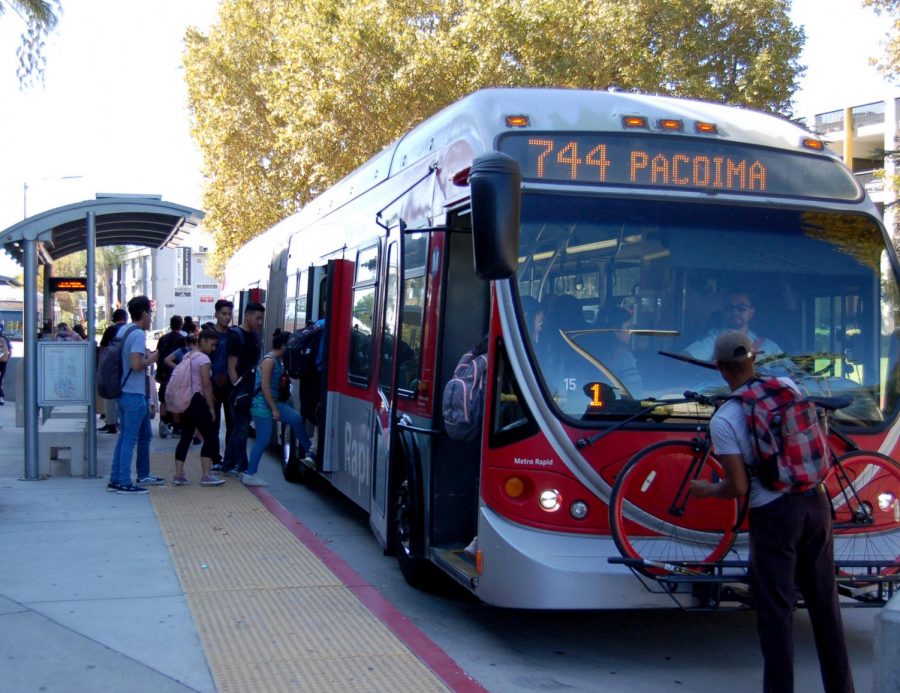 While I have written several articles on this since the spring 2017 semester, I have since found a far more urgent problem with the current tram and Metrolink buses that goes way deeper than a contracted service. This problem comes from two hard limits set by the vehicle manufacturer that cannot be exceeded in the form of the Gross Vehicle Weight Rating (GVWR) and Gross Axle Weight Rating (GAWR). The GVWR is the maximum set weight the vehicle can safely carry, and the GAWR is the same thing only for each axle. If one or both of these weight ratings are exceeded, it means the vehicle is overloaded, severely reducing the lifespan and safety of the vehicle, and voids the warranties.

From further research, these cutaway van-based shuttle buses used for the tram are overloaded by default once a full load of seated and standing passengers are factored in, be it high and low floor, and regardless of fuel or power source. The cutaway truck buses used for the Metrolink shuttles fare no better. When these buses get packed like cans of sardines as they do, the rear of the bus sags, and the rear suspension does not absorb bumps but instead sends them straight into the cabin. Both are major signs that they are running overloaded.

What makes this problem even worse is that the Federal Transit Administration’s mandatory Altoona Bus Test has had practically every type of cutaway bus get overloaded with standing passengers in the test, and some got overloaded even with just seated passengers. This means that we need a vehicle with a much higher GVWR and GAWR to have a safe shuttle bus that is not overloaded by default. What is needed for these services is a fleet of purpose built, low floor transit buses so these services can truly be capable of doing what they are assigned for.

With Trump’s recent revoking of California’s Clean Air Act waiver, we need to have an all-electric fleet for the CSUN buses with charging installed at each end of the routes. Also, we need all-electric campus vehicles to be sure we are reducing emissions under this new climate. The biggest benefits from going all electric, besides the emissions elimination, also include significantly quieter vehicles, no need for fuel tank infrastructure and refueling, much fewer parts in the drivetrain and less expensive bus depots, considering emissions inside buildings can rise to dangerous levels fast without leaving the door open.

With significantly lower operating costs, long term, no emissions, quieter vehicles and fitting completely into CSUN’s sustainability, we can meet the goals of California’s recent mandate for all electric transit bus fleets. These extra initial costs to get all electric vehicles, a new bus depot built, charging infrastructure and reinforcing the tram route to handle the extra weight of proper transit will be well-rewarded in the end.