A Night with Night Moves: Live at The Echo 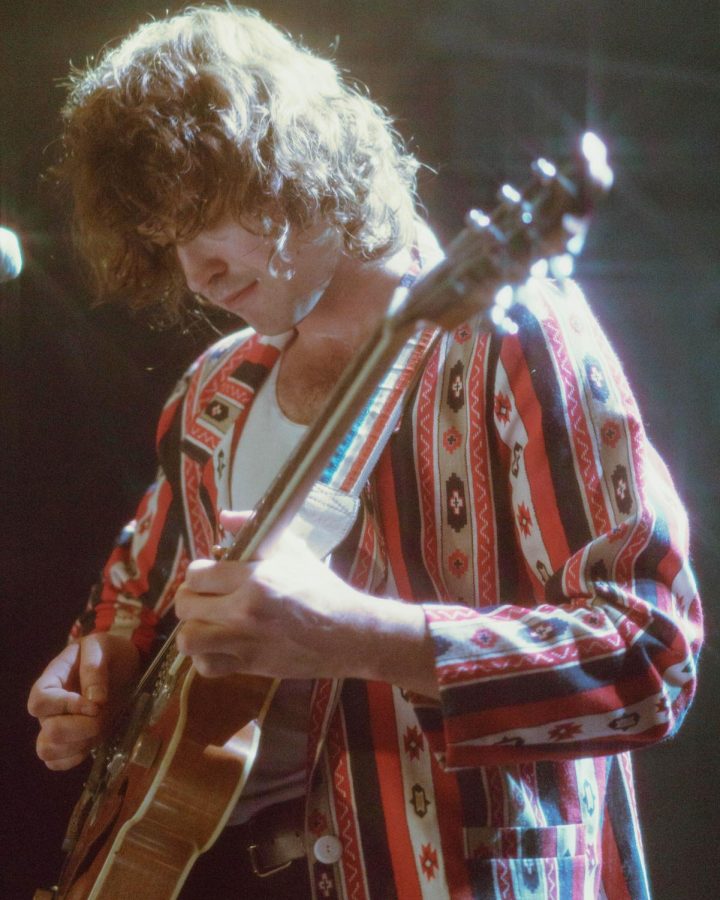 Do not get Night Moves confused for a Bob Seger tribute band, they are far from it. Night Moves is best described as a ’70s band brought into the future, creating warm and soothing melodies for people to swoon over. Singer John Pelant’s strong harmonious vocals pull you in, the same way you would be captivated by Stevie Nicks’ voice in a Fleetwood Mac song.

Night Moves brings a unique and exhilarating sound to the table more than any other band in the alternative scene today. The band has the drive to exceed people’s expectations and show that they can create new, bigger and better material. With each project Night Moves has dropped, they pair raw reality-hitting lyrics with inventive sounds, mixing psych-country with nostalgic soft synths.

Their latest album, “Can You Really Find Me,” was released in June of this year, and it takes quite a different approach than their last two albums. The record’s first single “Strands Align” is a shimmering soul dream-pop tune meant for blasting in your car with the windows down while cruising through the desert. Each track has its own personality and the band’s confidence bleeds through this record, and it is without a doubt an album the band should be proud of.

Back in September, I had the chance to see Night Moves play in Echo Park, where they delivered a heavenly energizing performance. Arriving at the show early gave me a glimpse of the eager fans waiting for the set to begin. The room was soon packed like sardines, with people smushed together, gushing to each other about music and social endeavors. Around 8 p.m. the band took the stage and opened with their song “Angelina” off their newest album.

Opening with the twangy ballad was a smart move to warm up the show and prepare for what was to come. Next, they rolled into other fan favorites like “Denise Don’t Want to See You Cry” and “Colored Emotions.” Pelant and band member Mickey Alfano ooze musical talent and give off a whimsical aura on stage.

As for me, being a fan since the age of 16, it was surreal to hear songs live that shaped my adolescence. I’m sure anyone that is attending their favorite artist’s concert will feel those butterflies in their stomach and feel like they are floating on clouds. Personally, I think it is important to find bands that make you forget about your problems and responsibilities for a while.

It has been almost 10 years since the release of the band’s debut album, “Colored Emotions,” and it is incredible to see a band who has perfected their craft and smash live shows. A huge part of creating a great performance is to show the audience that you genuinely enjoy performing your songs, and from the looks of the endless grooving and smiles from the band, it is obvious to see that they love sharing their music.

With the hazy lighting and soft twinkles bouncing off the disco ball, it was a night that you would never want to end or forget. Whenever I put one of their records on, I can’t help but visualize myself in a desert in the late hours of the night, gazing at stars. Night Moves is easily a band that can be loved and enjoyed by all.