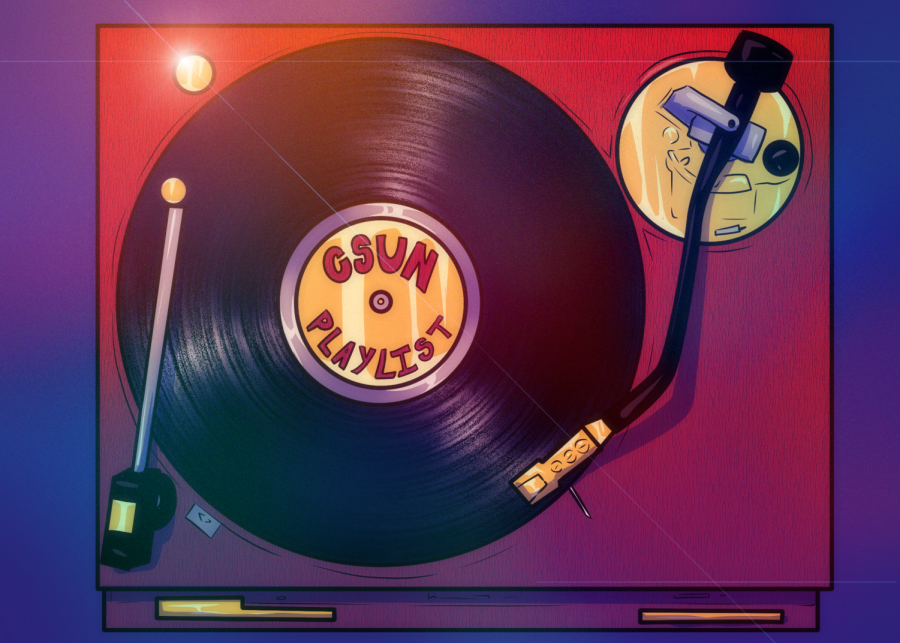 Many people have associated Motörhead’s music with the devil and selling your soul. At first, it is quite a laugh because it is simply music, but when this song is played in reverse you might second guess yourself. Played forwards it sounds like an angered growl but reversed it says, “Now tell me about your miserable little lives. I do not subscribe to your superstitious, narrow-minded flights of paranoia. I and people like me will always prevail! You will never stifle our free speech in any country in the world, ’cause we will fight forever.” When the song was released, Motörhead was going through an intense legal battle with their record company and this was supposedly their message to riot.

The thrash metal band incorporates numerous backmasking messages in their 1985 album, “Hell Awaits.” There is a soft yet unnerving chant saying, “Join us!” 45 times. Another message that was slipped into this song were the words “Welcome back.” Later on, lead singer Tom Araya admitted that they were just playing into the demonic imagery that was painted around the band’s identity, but it was never meant for sincere Satanic rituals.

Perhaps one of the most well-known backmasking conspiracy in music history, towards the end of “I’m So Tired” John Lennon is heard speaking some sort of gibberish. But when flipped, some might hear “Paul is a dead man, miss him, miss him, miss him.” This ties into the infamous “Paul is dead” conspiracy. It was theorized that back in 1966 Paul McCartney died in a horrific car crash and the music industry replaced him with a double. Believers of this theory state that the rest of The Beatles snuck clues into their music to tell fans what really happened to McCartney.

Choking Victim is an American punk rock band that was together from 1992-1999. They were known for mixing ska and hardcore punk, but for also writing unapologetic direct lyrics with no warning for listeners. If you played the intro of the track “Hate Yer State” backwards, you will get this message in return: “You think you’re alive motherfucker? You’re just the walking fucking dead. You’re fucking sheep, stepping on my back to stay alive. West Coast, East Coast, you’re all a bunch of fucking fools. You and the rest of this greedy fucking world. Kill yourself, stay in school, say no to drugs and oh yeah … hail Satan. Goodnight boys and girls. Pleasant dreams.”

When played normally, this track is a bunch of creepy gibberish and hushed whispers. Once you play the track backwards, you will hear the Lord’s Prayer being recited backwards. If you are unfamiliar with satanic rituals, reciting the Lord’s Prayer backwards is said to summon demons, especially during the witching hour. Even though the band claims not to be demonic, as their music comes across, they have stated in multiple interviews that their main outlet of inspiration stemmed from Gothic poetry, mythology and horror films.

Judas Priest – “Better by You, Better than Me”

Judas Priest became a controversial band when two fans committed suicide after supposedly being influenced by the band’s lyrics. The backwards message in “Better by You, Better than Me” continuously repeats, “Do it.” One night in 1985 the two fans, Raymond Belknap and James Vance, went to a church playground and shot themselves. Belknap died instantly and Vance survived the gunshot but died three years later due to complications from the incident. Before Vance’s passing he stated, “We had been programmed. I knew I was going to do it. I was afraid. I didn’t want to die. It’s just as if I had no choice.” The fans’ parents took the band to court, but the case was dismissed as the judge ruled that the band was not liable for the deaths.

A ’70s classic that pays homage to the twisted side of Hollywood, it is said that this hit might hold a deeper and darker meaning. If you take the time to listen to the opening verse backwards you will hear the words, “Yes, Satan organized his own religion,” or “Satan, he hears this. He had me believe in him.” It might be silly to believe these hidden messages when the band themselves deny these claims, but strangely, you can make out those spooky messages. How could it be unintentional?

The accusations of this timeless classic being a tune dedicated to Satan stems from other things the band has done. For example, guitarist Jimmy Page bought a mansion from the famed Satanist Aleister Crowley, and allegedly, he sold his soul to be successful and achieve fame. If this beloved classic rock track is played backwards you will hear, “Oh here’s to my sweet Satan. The one whose little path would make me sad, whose power is Satan. He will give those with him 666. There was a little toolshed where he made us suffer, sad Satan.” Once the band heard this conspiracy they were not amused, because “Stairway to Heaven” was made from their hearts. Page also stated in an interview that he believes slipping hidden messages backwards is not the way to make true music.

Ash intentionally inserted secret messages into their songs, one of which is the most vulgar on our playlist and of most backmasking tracks in music history. In the track “Evil Eye” it says: “She’s giving me the evil eye. Suck Satan’s cock.” It is one of the hardest videos to find on the internet to unveil hidden messages in songs, but if you want to hear something creepy you’ll have to look upon yourself.

Darkthrone – “As Flittermice As Satans Spys”

Formerly known as Black Death, Darkthrone is a band who is notorious for their anti-church lyrics. “Flittermice as Satans Spys” is off of their album “Transilvanian Hunger,” released in 1994. Towards the end of the song, if you play the track backwards you can hear the faint words, “In the name of God, let the churches burn.” In the ’90s, Norwegian metal scene bands were battling to see who could be the most controversial with dark, satanic lyrics and in the midst of it, Darkthrone has released numerous tracks with eerie messages when played backwards.