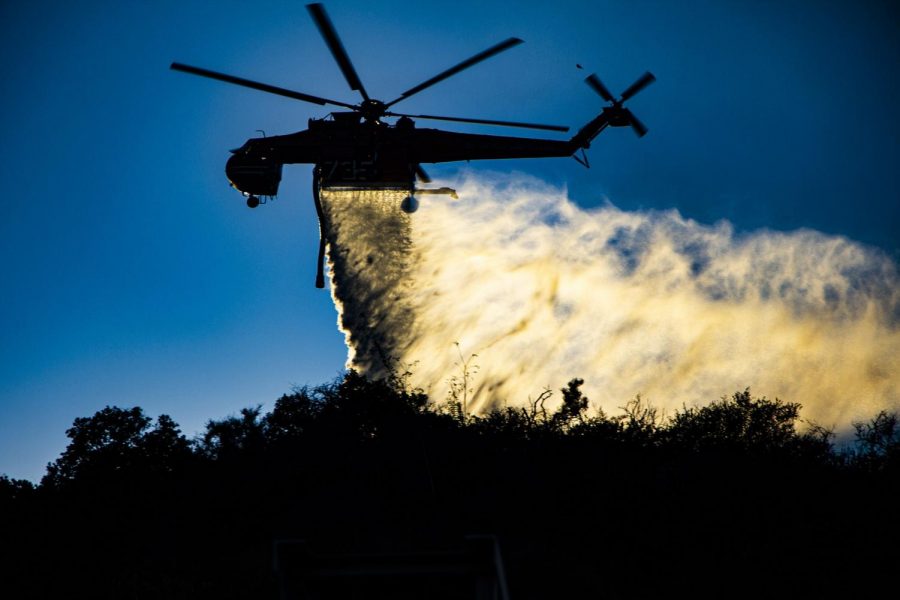 The Los Angeles Fire Department reported at 2:50 a.m. on Oct. 28 flames that started on the west side of Interstate 405, just above Sunset Boulevard.

Since then, as of 8 a.m. today, the size of the fire has reached 656 acres with 5% containment. Mandatory evacuations are still in effect for a large part of the neighborhoods north of West Sunset Boulevard along I-405.

The freeway has since reopened, however many of the exits remain closed.

Firefighters have been working through the night while the winds were low to try and get ahead of the flames in preparation for the expected high winds to come tonight around 11 p.m. Fire engines were dispersed throughout the neighborhood to put out hot spots that can start up small flames. The Department of Water and Power worked alongside the fire department through the night to take down power lines damaged from the flames.

So far eight homes have been destroyed and another six damaged. Approximately 7,091 residents are still in mandatory evacuation until further notice.