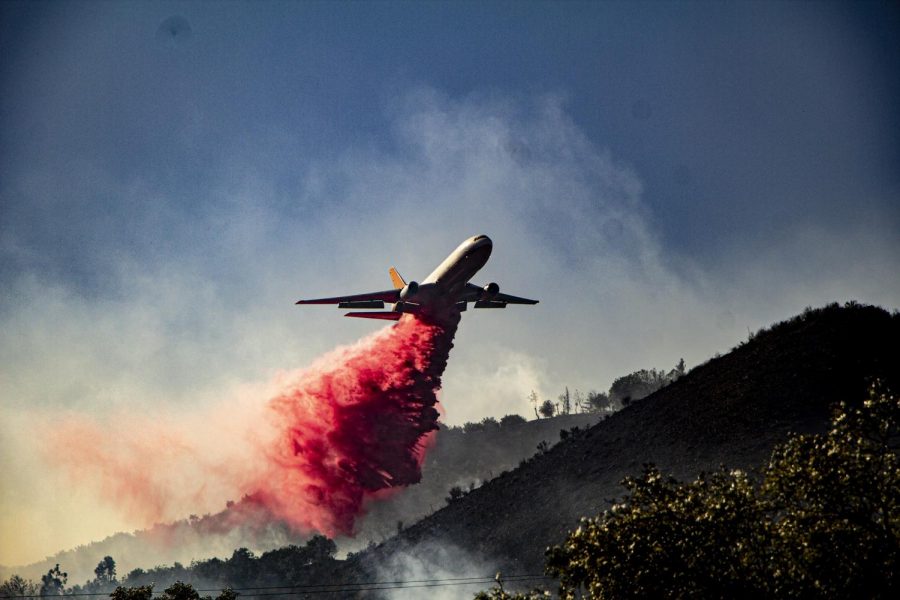 Fire crews are still actively battling the Easy Fire in Simi Valley, which has burned 1,723 acres since beginning early Wednesday morning. As of Thursday morning, the fire is 10% contained and 7,000 homes remained threatened by the blaze.

The brush fire was first reported at 6 a.m. near Easy Street and Madero Road, forcing evacuation of the Ronald Reagan Presidential Library. High winds gusting up to 65 mph helped push the fire across Highway 23, but fire crews were able to make a stand, and prevent the fire from moving further west.

“The firefighters aggressively stood there and battled the flames,” said Ventura County Fire Chief Mark Lorenzen during a press conference. “We also had some pretty significant air support come in,” He continued.

The cause of the fire remains under investigation, but Southern California Edison has reported activity on a transmission line around the time the fire began.

According to the Ventura County Fire Department, around 1,000 firefighters from various agencies responded to the fire on Wednesday, including six fixed-wing aircraft, and 10 helicopters. As of Thursday, 700 firefighters and seven helicopters remain on scene.

Highway 23 remains closed between Avenida De Los Arboles and Los Angeles Avenue, while evacuations are still in place for parts of Simi Valley, Moorpark, Thousand Oaks, and Santa Rosa. Smoke may affect CSUN, but the campus will remain open.