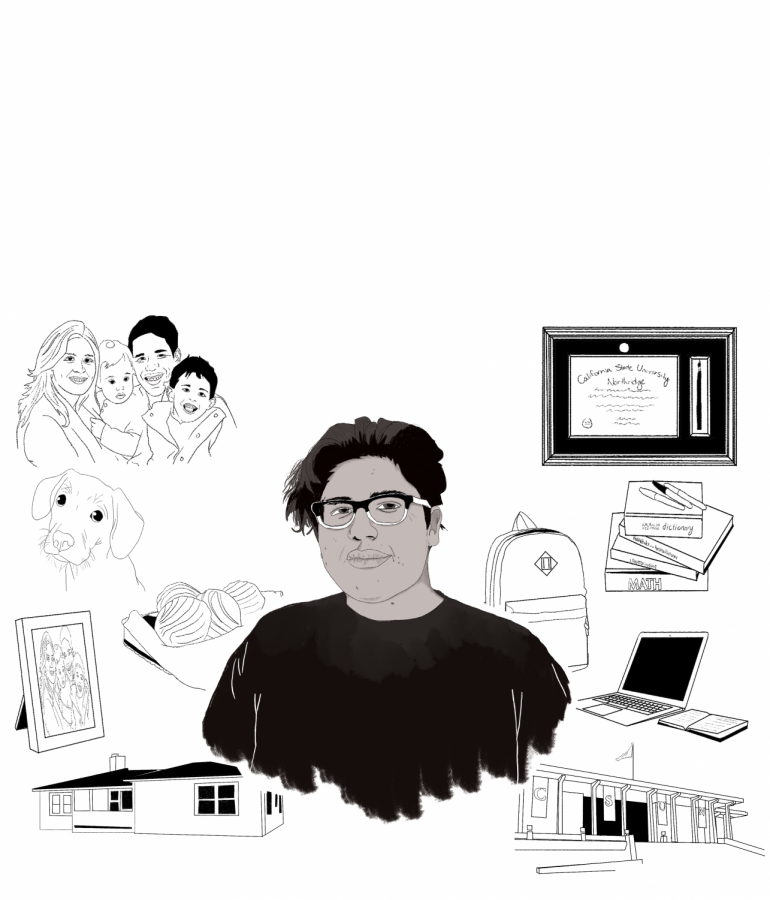 “It was … my nephew’s baptism … during October … that’s the beginning of school and … when I was getting adjusted and … I had some test … and that was kind of tough … I was not really into the event … I was trying to get back to my studying but it was not possible … I was kinda worried.”

Throughout my undergraduate studies, I experienced what the student above experienced quite often. There were days that I would go to family events and other days when I could not. In fact, this type of situation happened on my very first day of college.

My sister was moving to Arkansas for her graduate studies and I was moving into the dormitories to begin my studies at CSUN. I was so disheartened that I could not attend her farewell barbecue gathering.

Though I felt this immense turmoil inside, my sister did accompany my parents and I on the drive from Oxnard to Northridge, California. As I think back, that helped harmonize the situation because it enabled me to spend a bit more time with my sister even though I couldn’t attend her farewell gathering.

It wasn’t until I began my graduate studies at UCLA that I realized I had experienced a phenomenon that I term, “home-school cultural value conflict” — conflict between interdependent family obligations and independent academic obligations.

I conducted interviews with Latinx first-generation college students (i.e., students whose parents did not attend college) and discovered that these conflicts occurred quite often, as all had reported experiencing them. They also varied in form; for example, sometimes they involved family events or visiting family, and other times students felt caught between wanting to help their family and focusing on their academics.

I later conducted an experiment and found that these conflicts causally disrupted students’ ability to control their attention (Vasquez-Salgado, Ramirez & Greenfield, 2018).

This finding is supported by a larger concept called cultural mismatch — a mismatch between students’ interdependent values learned at home and the independent or individualistic values of the university environment.

Research conducted by Nicole Stephens and colleagues has shown that among first-generation college students, cultural mismatch causes a heightened stress response (via an increase in cortisol, the stress hormone in our bodies) when placed in a challenging situation, as well as poorer performance on academic related tasks. Continuing-generation college students, students whose parents have college degrees, were unaffected by cultural mismatch.

You might be reading this and resonate with some of these experiences or, like me, identify as a first-generation college student. Please know that there are ways you can work towards harmonizing your home and academic cultures.

One way is to work towards finding interdependence or collectivism at your school. This can take different forms for you. You can join a study group, a club or organization on campus, attend events from time to time or engage in community service that is in partnership with the university.

In my own research surrounding conflict between family and academic obligations, students have said that talking about conflicts made them feel better as well as maintaining an organized schedule.

As I reflect back on my own journey, I actively engaged in all of these techniques.