Culture a l’Aztlán: Fobia Celebrates 30 years headlining at Tropicalia Music Festival 2019 and a US Tour 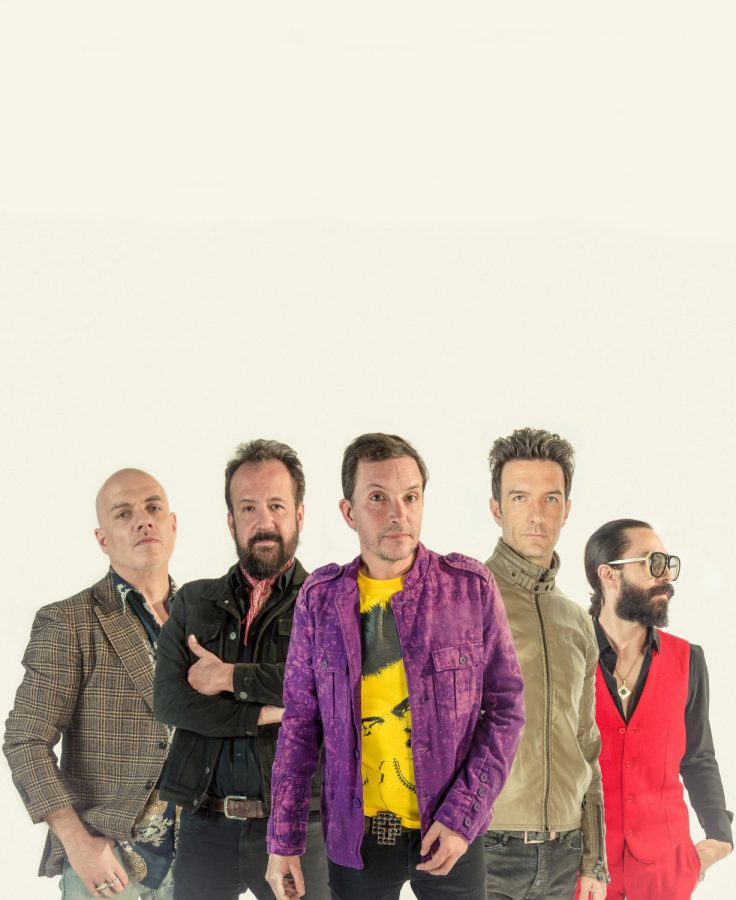 Band members of Fobia. Since their first album in 1990, the band is a pioneer in the scene of Mexican Latin Alternative bands coming from Latin America. Photo Credit: Courtesy of the band.

With a band name that reminds people of their worst fears, this Spanish-speaking alternative rock band is one of the most fun and versatile to come from Mexico City. Fobia has shared their music with the world since the early 1990s with an audience that continues to grow. This year, they are a headlining group performing at the Tropicalia Festival 2019 at the Fairplex in Pomona, California.

With front-man Leonardo de Lozanne — known as one of the sexiest singers of Rock en Español — the band is celebrating 30 years of trajectory, leaving their mark as one of the most influential bands in Latin American rock. Apart from their appearance at Tropicalia, they are also playing in major cities all across the United States.

Thrown into stardom by their first hit single “El Microbito,” Fobia has enjoyed their success since their first album and since then opened the doors for more Mexican alternative rock bands to be played on the radio in the early 2000s. Although they have met mild controversy for having sexually liberating lyrics like in “El Microbito,” “Fiebre” and “Mas Caliente que el Sol,” they have gained critical acclaim for their production in-studio, giving birth to albums like “Leche” (1993), “Amor Chiquito” (1996) and “Rosa Venus” (2005).

Their sound is a fusion of traditional rock elements like heavy guitar riffs and heavy drums with the accompaniment of synthesizers and other electronic elements that distinguishes Fobia from other bands. They have been able to balance their commerciality by creating songs that are both radio-friendly and meaningful at the same time.

Songs like “Revolucion Sin Manos” deals with themes of social change with a beat and melody influenced by the new Brit-Pop wave that bands like The Stone Roses and Oasis put in the mainstream. Three years earlier, their third album is home to songs like “No Me Amenaces” with a rough and slow Latin flavor dealing with topics of violence and the church, or “Perra Policia” that disses those who enforce the law. New listeners will find a familiar energy compared to bands like Rage Against the Machine or the Beastie Boys. What sets Fobia apart is that most of their songs contain heavy sexual innuendos, which only makes them more irresistible to enjoy.

On the other hand they have also produced dark melodic songs like “Regresame a Jupiter” and “Hoy Tengo Miedo,” the latter having to do with the phobia of going out of their comfort zone or what one may feel out of mere introversion.

To talk about their most recent upcoming tour, The Sundial spoke with bass player Javier Cha! Ramirez, commenting on their excitement for this year’s line up at Tropicalia, insights into the band’s projects and how the band has adapted to the new way of sharing music online.

How are you feeling now that you are about to go on tour celebrating 30 years of Fobia’s musical career?

How did the idea for realizing this tour come about?

Cha: Our record company compiled all of our material on vinyl and this led to making the tour. We’ve also recorded a live album named “Pastel,” recorded at the Palacio de los Deportes in Mexico City, it was completely sold out. We revisited songs we hadn’t played in a long time and stuck to the original versions of the songs.

What do you make of the line-up for this year’s Tropicalia Festival?

Cha: Esta buenisimo! It’s incredible we’ll be playing the same day as Los Tigres del Norte and Paquita la del Barrio, I’m really curious to see what happens during her performance. I also want to see Prayers and La Santa Cecilia. Los Pasteles Verdes, Los Terricolas, all these romantic bands from the ’70s. It’s a diverse catalog and it’s such a shame we can’t stay for the next day to see Kali Uchis and Chicano Batman. Twenty-five years ago bands like that wouldn’t be seen as “rock” so I’m glad to see we’ve become a more tolerant audience of music genres.

How did the band adapt to the new ways people share and listen to music online?

Cha: Fobia was actually one of the first groups that transmitted live concerts through the web. That was difficult when we first started because the technology wasn’t as developed as it is now. Now everything can be transmitted through a person’s cell phone. We’ve always been present in the new technological advances. The cool thing about Fobia is that it has a rough sound, like a power trio made up of drums, guitars, and bass; with synthesizers and sequencers, the natural step for us was to fusion our music with the internet. Technology is not just social media, it’s also the instruments we use and visual designs for our albums.

What has been the most fun part of being the bass player Fobia?

Cha: We met when we were really young, we met in Junior High School and Leonardo (singer) was only 14 years old. It’s been really cool sharing so much time with friends that you get to know as individuals, musicians, and share incredible experiences with. We really just enjoy getting together and play the songs we’ve created. We also have collaborated on personal projects that keeps us working together even if it’s not for the band.

What are you looking forward to in this tour?

Cha: I love traveling on the road. I love seeing the panoramas we encounter when we travel this way. This is the most extensive tour we’ve been on and I’m really looking forward to it. There’s something in all cities we visit and each has its own magic. 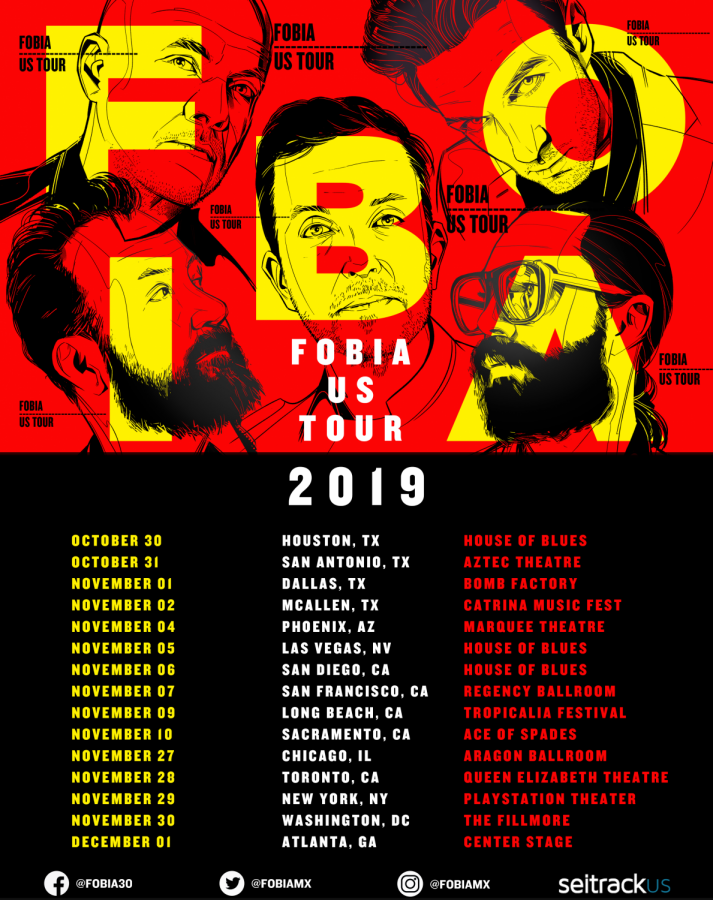