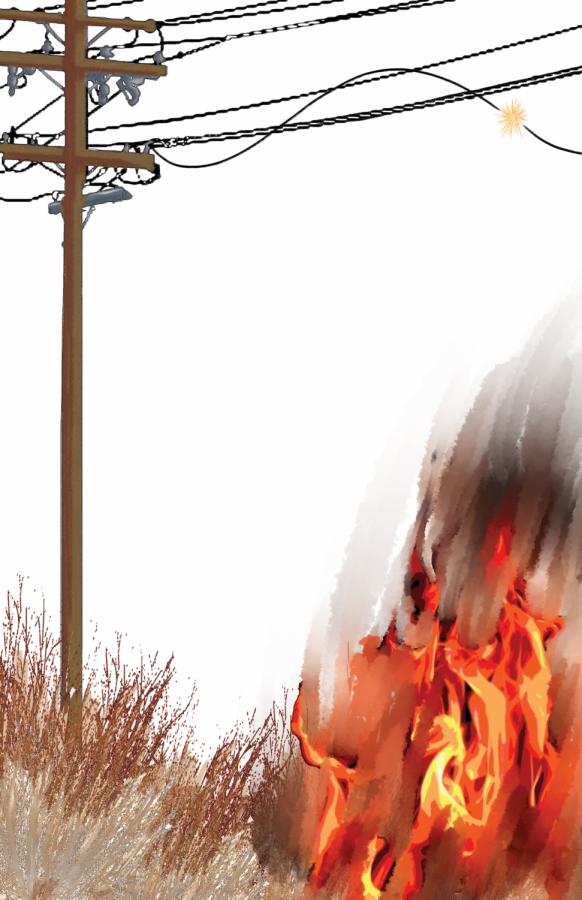 Since the beginning of October, California residents have been experiencing public safety power shutoffs brought on by two major power companies, Pacific Gas and Electric and Southern California Edison, which had the potential to last up to five days at a time.

Cutting off power came as a preemptive decision to prevent wildfires during the hot and dry weather which typically strikes California in late summer and early fall. The dry conditions, along with low humidity levels, can act as a lit match in the middle of a pile of leaves for California cities.

There have been 10 wildfires which have led to significant damage to homes and wildlife in northern and southern California since the beginning of October. Four of the fires were confirmed to have started because of faulty power lines, according to Cal Fire.

However, residents across 27 counties (which begins to total up in the millions of people) were without power consecutively since Oct. 9. This has led to the closing of schools, businesses and gas stations around the state, according to reports by Time Magazine.

Residents in Santa Clarita worried about food and medicine spoiling in refrigerators while other residents scrambled from business to business looking for ways to charge their oxygen supplies, according to sources who spoke with reporters from the Santa Clarita Valley Signal. This has prompted many Californians to ask: Are the power outages worth the risk?

The 2018 Camp Fire in Butte County was ignited by faulty PG&E equipment and led to the deaths of 85 people and was reported to be the deadliest wildfire in California according to Cal Fire. PG&E was responsible for $30 billion in liability costs, according to Time, which caused the company to file bankruptcy. This year, a malfunctioning PG&E power line was near the origin of the 75,000-acre Kincade fire, which has continued to scorch Sonoma County for the last few weeks.

Are California residents now expected to deal with power outages during fire season? Instead of waiting for disaster to strike, PG&E and SCE must be held accountable and implement a permanent fix to the issue rather than a temporary one for the sake of saving money.