The Dangers of Dating Apps 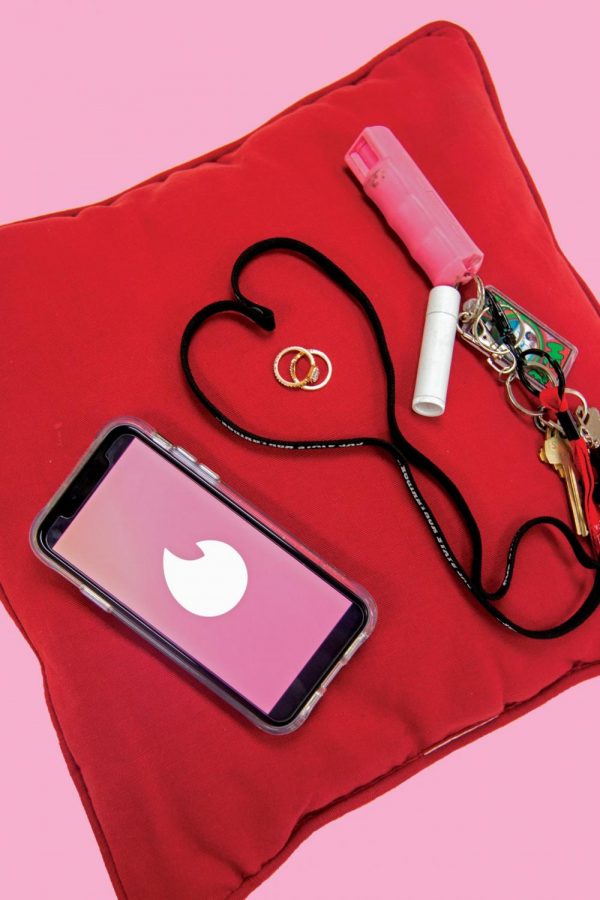 During the Summer of this year, Captain VanScoy from the CSUN Department of Police Services received two different cases from the Los Angeles and Simi Valley Police Departments about two CSUN students who encountered sexual predators from dating apps.

Though information about the cases of the victims are not available, both victims from the LGBTQ community were sexually assaulted and met with their assailants around the CSUN area then moved locations, according to VanScoy.

He says this could be a new trend that is starting to come to fruition, the trend being that people may encounter sexual predators through dating apps. One of the victims had met their assailant through Grindr. But after doing some digging online, he says there really isn’t much out there about the subject, and he’s right.

Meredith Jean Scannell, faculty member at Bay State College in Boston, wrote a report called “Online Dating and the Risk of Sexual Assault to College Students” where she found national data on the relationship between dating apps and sexual assault only in the United Kingdom. Her research could not find data on the matter in the U.S. She says the problem is no one is really collecting this data, but there’s three issues as to why there’s no data.

Second, a lot of sexual assaults go unreported, and not everyone seeks care or reports it, so that creates a barrier for data. She knows, because she’s also a sexual assault nurse examiner for the Center for Clinical Investigation Brigham and Women’s Hospital who treats those who seek care services after a sexual assault.

“The other issue is, when people do categorize sexual assault as a stranger or friend, we don’t have any category for online because when someone meets someone online, that relationship can go on for days, weeks or months so they don’t feel like they are a stranger, some people will consider them as an acquaintance,” said Scannell.

Scannell says that online dating is a trend, especially for college students. That’s because 18 to 24-year-old’s make up 27% of users on online dating sites, according to a study from Pew Research Center in 2016.

Barret Morris, director of the office of Equity and Diversity at CSUN, says that their office informs students to take precautions on all kinds of dating through in-person and online training. He says there’s not enough data to support that there could be a trend between dating apps and sexual assault, because not a lot is collected.

When it comes to online dating, Morris says no one knows who the other person is and that adds “a whole other layer of complexity for safety.”

“Sometimes people don’t report things that happen,” said Morris, and where one person met their assailant is not at the top of the list of questions he said, only the crime itself.

Dating apps usually provide people with Safety Tips to keep their information safe and how to stay safe during a date.

Lindsy Reyes, 21, a CSUN student, says that she has used Tinder and Chispa and has never really had a bad experience. But she says there are people that mean harm, so she shares some precautions to take, such as getting the other person’s social media because she says it’s a common thing that people can catfish.

“I feel a lot of people post their life on social media so you can see who they really are,” said Reyes.

She says that someone always has her location when she goes on dates with someone new and always meets up with them in public spaces.

“You really don’t know what you’re getting into,” said CSUN Chief of Police Greg Murphy. Murphy and VanScoy both said they just want students to take precautions while using dating apps, creating safety measures such as letting people where they are going.

In terms of bringing awareness to the issue, Scannell says it’s everyone’s job to be more aware.

“Man, I wonder if this is the start of a bigger issue,” said VanScoy.