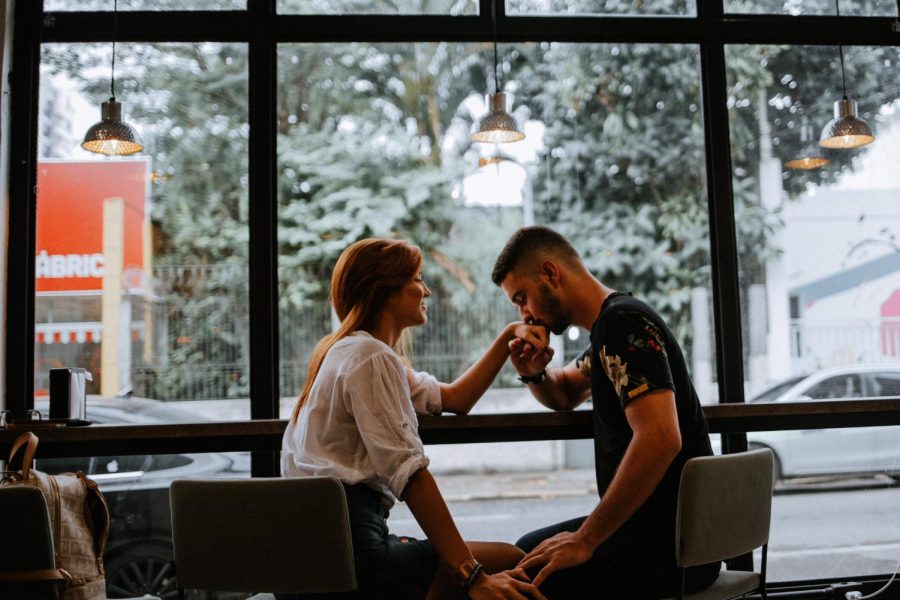 Dating in our generation has changed. No longer do we consider being set up by parents or through family members as a regular practice. Marrying someone who lives next to us or even at the end of our block isn’t a common occurrence anymore. We crave new experiences when it comes to our dating circles.

Even movies produced by Hollywood provide an open discussion of a social commentary that is relevant to everybody’s present dating ideals and practices. Gone are the days of “When Harry Met Sally” and “Working Girl.” Now we have movies like “Catfish,” “How to be Single,” and “You’ve Got Mail.” Even though there are reasons why modern dating is drastically different from dating techniques from previous decades, what parts of the modern dating world have intertwined with dating concepts of the past?

Two CSUN faculty, Wallace Zane, a professor of anthropology, and Stacy Missari, a professor of sociology who specializes in human sexuality, shared their views on the subject.

“Well, we’re talking about American culture. We think of the man as making the first move and asking someone to do something in a public place,” Zane said. “And then time after getting to know each other (they) meet in private. Now it’s even more public because, from what I understand, you have the apps where you can look for people and find them. So, everybody is available.”

Professor Missari said that the biggest change from ‘old’ versus ‘new’ techniques are that now we have more of a chance to meet people outside our circle of friends and family or immediate geographic area.

“We do not have to rely on friends or family members to set us up or wait to meet a stranger at a local bar, we can use apps to find people to date that we may have never encountered in our social circles.”

Missari also explains that a lot of movies from the ’80s and ’90s didn’t touch on a lot of intersectional issues that pertain to our culture today.

“This is important for people who live in areas where the LGBTQ population is really small or does not have an established gay community to meet dating partners and friends,” she said. “I think while the specifics of movies from the 80s and 90s versus today may be different, the overarching themes are pretty much the same in terms of the fear and exhilaration of dating and trying to find a long-term partner, the reliance on your friends to figure out the norms for dating and sex, and how issues related to sexual identity, gender, race, class, etc. complicate dating.”

Like Missari said, society’s old ways of meeting people from bars and through friends is no longer the only way to meet new people. It is still probable that a person can meet and develop a relationship with another in a bar after they get out of work like in the film “Working Girl,” or meeting in college as friends and running into each other throughout their lives for the 12 years they’ve known each other like in “When Harry Met Sally.” The likes of “Catfish” (the movie and the TV show) and “You’ve Got Mail” demonstrate how much social media (then and now) has changed the way we look at our dating lives and how we connect with people.

However, she did speak about the potential ways that dating apps have become a threat in the way people meet potential partners.

“One of the downsides of increased ability to ‘screen’ for the specific characteristics we want in a partner is that we may be missing out on great people just because they don’t ‘fit’ the certain traits we think we are looking for,” she said. “In person, you may click with someone who you may have discarded on a dating app. This becomes even more problematic when people use veiled or overtly racist language in their dating profiles but couch it under the label of ‘just their sexual preference.’”

While this may make dating apps seem like a bleak experience, Missari believes that there may be more professional matchmaking services being used in the future as dating continues to evolve.

“If we think of finding a partner as a service that could increase efficiency in our daily lives, I think its only a matter of time before a tech company finds a way to provide a free or cheap matchmaking that is specifically customized to us,” she said. “Postmates for mates!”