The Growlers Live at Beach Goth 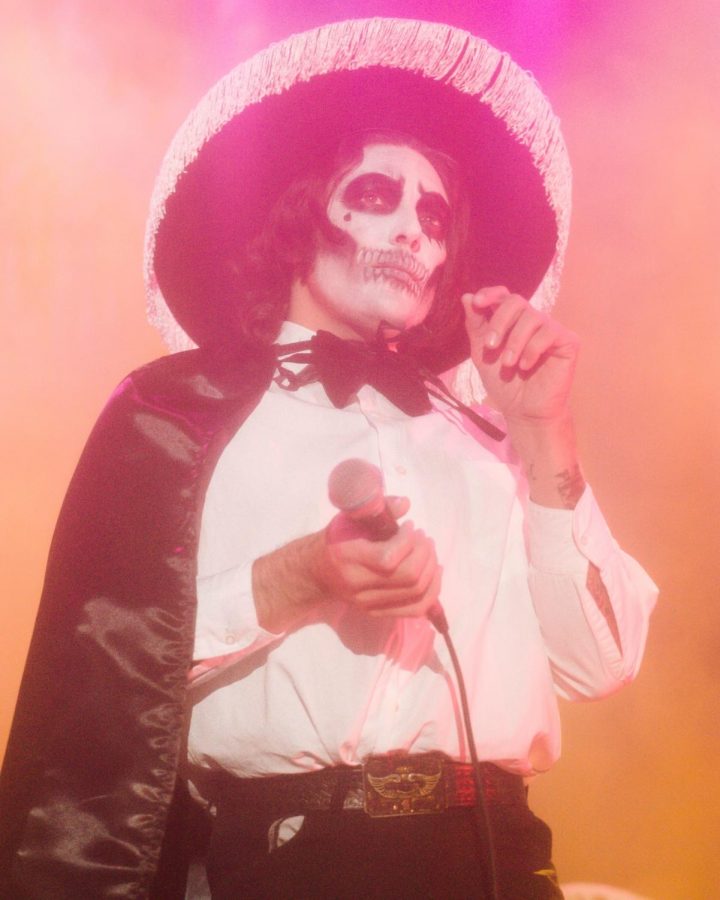 As The Growlers start out their set, singer Brooks Nielsen scans the crowd of people dressed as ghouls and other memorable costumes. Photo credit: Kayla Fernandez

Growing up in Southern California and being a huge fan of alternative music, I have always been a fan of the Beach Goth lineups of the past eight years. I never had the chance to attend any of them, but I was excited to finally have a chance to experience the hyped-up production.

This was the first year that the band did not release a lineup for the festival, and from the looks of it, online fans were not pleased. Nonetheless, people overlooked it and were excited for the festival. Going to the festival without knowing the lineup created a mysterious vibe on how the night would go because everything was unexpected.

As soon as guests walked into the venue, adults, teens, and young kids were dressed in the Halloween spirit. The DJs were blasting remixes of hit anthems throughout the past decades. I wouldn’t say this was necessarily a festival, it was more of just a Growlers concert that happened to fall on Halloween.

Once the band announced the surprise guests for the night, it was easy to tell that some of the crowd was disappointed with the unfamiliar acts. Fans shouldn’t expect to have an amazing lineup because, after all, you buy the ticket to see the main attraction––The Growlers. But after the amazing acts in the past years of Beach Goth, you can’t help but get your hopes up.

Even though sets were delayed and minor technical difficulties happened throughout the night, The Growlers redeemed themselves once they graced the stage in their skull makeup and tailored suits. The band oozes rock ‘n’ roll energy, you can see that they care about performing and making music but they give off this front where everything is cool and nonchalant for them.

I think that is why so many people adore them and their music. Brooks Nielsen’s raspy voice and chill back surf rock backing him is perfect for easy listening. They are a band that truly cares about the people that attend their shows. They constantly tour and spread themselves thin by delivering what the fans want.

This is my third time seeing The Growlers and they do not disappoint. Usually when you see a band, the setlist has about 10-12 songs listed, but with these talented men, they play up to 25 songs. Absolutely insane! To do that consistently and rarely ever repeating the same setlist, the band really gives it their all.

Were fans disappointed that they didn’t get the lineup they were hoping for? Possibly, but this show was a great way to showcase artists and other talented acts that deserve a spotlight. This spooked out night of heaven in hell was overall a great experience. This annual festival that The Growlers put on is unpredictable and energetic, definitely something to consider for your next year’s Halloween plans.

Take the time to listen to The Growlers’ latest album, “Natural Affair”!