Stop silencing communities of color and start listening to them 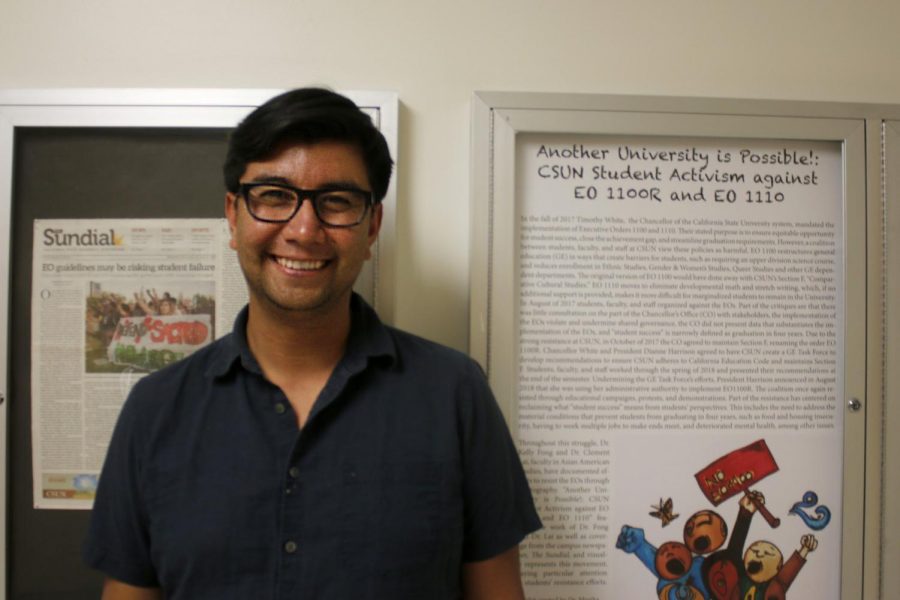 Ethnic studies has gained momentum after reaching its 50th anniversary, as students, faculty and educators are fighting against the threats to remove the program.

Stevie Raymond Ruiz, a professor in the Chicana/o studies department at CSUN, recently published an article called “Another University is Possible: Student Activism Against Colonial Education in the California State University System” as a message to his colleagues and administrators that have tried to dismantle ethnic studies within CSUN.

“My message is to have our faculty governance be restored for the administration to understand that the students have a very diverse understanding of student success, and they need to start listening to the students instead of targeting them and labeling them as disruptive,” Ruiz said.

For Ruiz, the fight to keep the program has brought up some questions about the role of faculty governance and the presence of a democracy on campus, because administrators have continued to mandate their policies over the votes of faculty on issues such as implementing Executive Order 1100-R that would change the requirements to General Education in the CSU system.

Ruiz says that all the changes made by the administration that strive for student success has pushed faculty governance out of the way, and because of that administrators should be held accountable.

“You cannot get away with this and not think people will hold you accountable,” Ruiz said.

His paper points out that colonial education disempowers students of color from learning about the wealth of knowledge their communities’ history have to offer, and creates a lack of culture in the Eurocentric curriculum. That’s why ethnic studies teaches students the histories of African Americans, Asian Americans, Native Americans and Chicanx/Latinx.

Ruiz explains that ethnic studies usually houses faculty of color, “not only reflecting the students of the communities they come from but that actually can empower students to see themselves potentially as an educator in the future.”

He says it’s the first time for many students of color to see themselves reflected in the curriculum, when at first they had to search for their own history, like an egg hunt.

“That’s a true injustice for our students, so I see ethnic studies as a form of advocacy for students,” Ruiz said.

Assembly Bill 1460, the bill to mandate ethnic studies as a graduation requirement for all CSU campuses, is still being processed through committees within the California Senate.

Ruiz is also part of outside efforts to pass Assembly Bill 331, proposed by Assemblyman Jose Medina, to make ethnic studies courses a high school graduation requirement. The bill was authored by high school teachers and college experts, including CSUN Professor Theresa Montaño from the Chicana/o studies department, in efforts that will lead to Assembly Bill 2016: California Ethnic Studies Model Curriculum, a bill that has been criticized by other communities.

R. Tolteka Cuauhtin, a speaker for the campaign and teacher from Los Angeles Unified School District, has said that the ethnic studies curriculum recognizes the genocide of California Indians and Native Americans and urges legislators to pass bills in favor of ethnic studies. With the support of California Governor Gavin Newsom and other stakeholders, Cuauhtin said that ethnic studies has found support on “educational justice” where “communities of color and Ethnic Studies expert practitioners must remain at the center of leading this project moving forward.”

“Bottom line is that ethnic studies can help save lives and help transform the situations communities of color find ourselves in,” Cuauhtin said.

Back in the fall of 2018, CSUN protesters were rejected from entering a Faculty Senate meeting in the Oviatt Library, including Ruiz and other faculty, and were forced to sit on the steps in the rain. Ruiz said that despite silencing them and trying to block them out, his paper is his way to communicate with his colleagues and that there will be more papers coming from different professors.