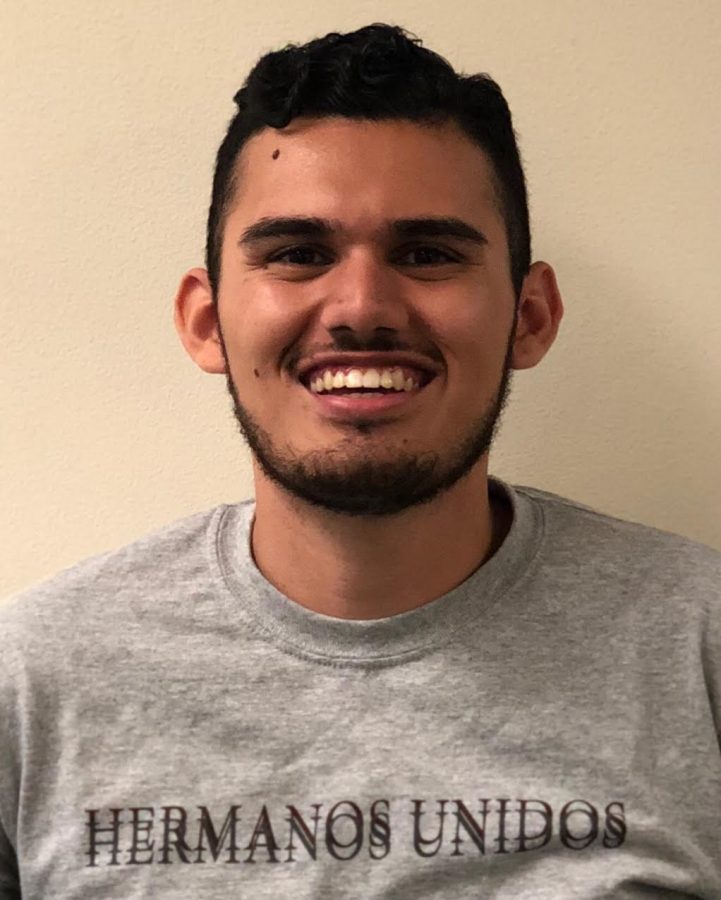 When I first came to CSUN as a freshman, I felt lost and isolated. As a first-generation Mexican-American, going to college was something new to me. I didn’t have a role model or anyone to look up to or follow as an example.

Every day, I would go to class, then straight to my dorm after, which people would assume is normal since CSUN is considered a commuter school. But that is the worst thing a first-generation student could do.

I didn’t have much exposure to the school, and knew so little about what was available to me. Throughout my first year, I felt distant and not a part of CSUN at all. I started experiencing feelings of impostor syndrome, like I simply didn’t belong in this school.

I didn’t want to keep feeling like this, so I finally chose to do something about it. During my second year, I started looking for clubs to join. I knew with time, at least one would stand out. It wasn’t until my third year that I found Hermanos Unidos.

Hermanos Unidos is a non-profit organization on campus that strives to empower young Latino men to graduate and seek higher education. There are three pillars in the organization: academics, social and community service. Through this organization, I have learned leadership skills, improved my public-speaking skills and have formed great friendships.

The organization and its Hermanos help CSUN by supporting events such as Matador Day of Service and Dia de la Familia. Through these workshops, I have learned to love and help others.

By joining the club and participating in good deeds for others, I found what I wanted to do as my career, so I declared a major in sociology.

Throughout my time in Hermanos Unidos, I eventually took up a board position as academic chair, which has led me to grow a lot as a person. I found role models that guided me to be a successful college student. I finally began to feel like a part of the CSUN community.

This isn’t an advertisement telling you to join Hermanos Unidos, but me simply giving advice to readers to get involved. Find that club, organization, fraternity or sorority that will make you feel like you belong. They can provide many resources and help you grow as a person.

Hermanos has come a long way for me and now, as a spring 2020 graduation candidate, I can honestly say that I will miss it. I would like for everyone to find that place where you feel you belong, like I found mine. The sooner you find one, the better.