Far from Hollywood, Danny Trejo made his own name 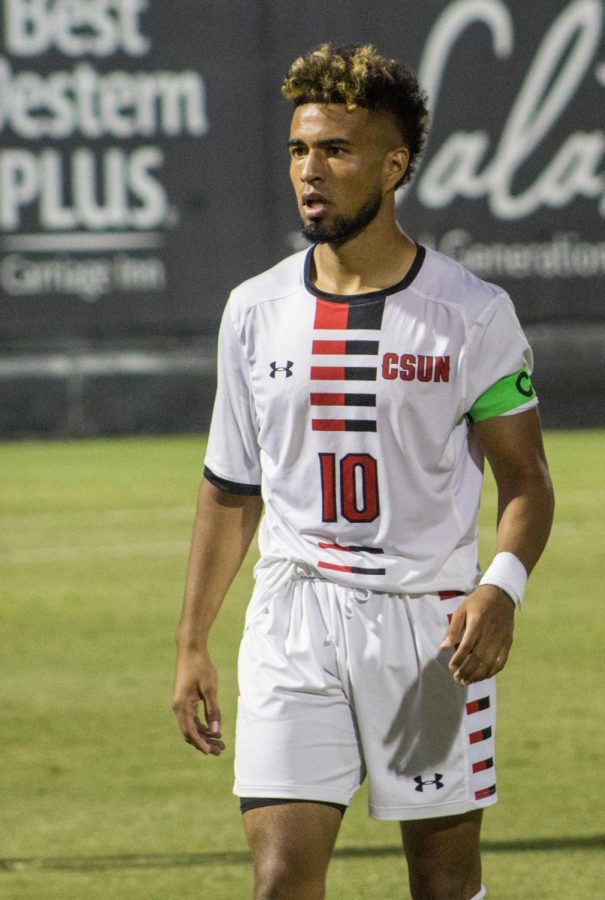 Danny Trejo during a home game against LMU on Sep. 22. Trejo had 9 goals this season. Photo credit: Tim Strong

At 6:30 a.m. Danny Trejo arrives at the soccer field to begin his training session. He goes through a series of individual drills, working on his finishing and ball technique as the sun begins to rise. Most college students struggle to get up so early in the morning, but Trejo isn’t like most college students. He reminds himself of his upbringing that was far from Hollywood, despite his A-List name.

Trejo recalls his high school days when he would get up at 5:30 a.m. to work the grapevines in Mendota, a city 34 miles west of Fresno. He would spend eight hour days picking grapes under the blistering Central Valley sun, just so he wouldn’t ask his parents for money.

“I want to make my own and I just feel like that really shaped me into the person I am today,” Trejo said. “I want to earn everything I do. I know nothing’s given so everything I want, I want to work for.”

To truly understand Trejo, you have to understand where he comes from. Get off the 180 freeway and take Belmont Avenue all the way down through the vast melon fields and you’ll find yourself in Mendota, a small rural city of 11,000, nearly half of whom live below the poverty line.

That aside, Trejo beams with pride when discussing his hometown. Everybody knows everybody in Mendota, and he credits seeing the people in his community work through their circumstances, which in turn motivated him to work even harder.

“They had no excuses for anything they did,” he recalled.

It was this close, tight-knit sense of community that caused Trejo’s popularity to boom while he made a name for himself on the soccer field. Trejo was more than just a high school standout, he was a local icon.

“These kids don’t look up to the actual stars like LeBron James or Ronaldo,” Juan Magana, Trejo’s high school coach, said. “What they’re looking for in this small community is someone just like them.” 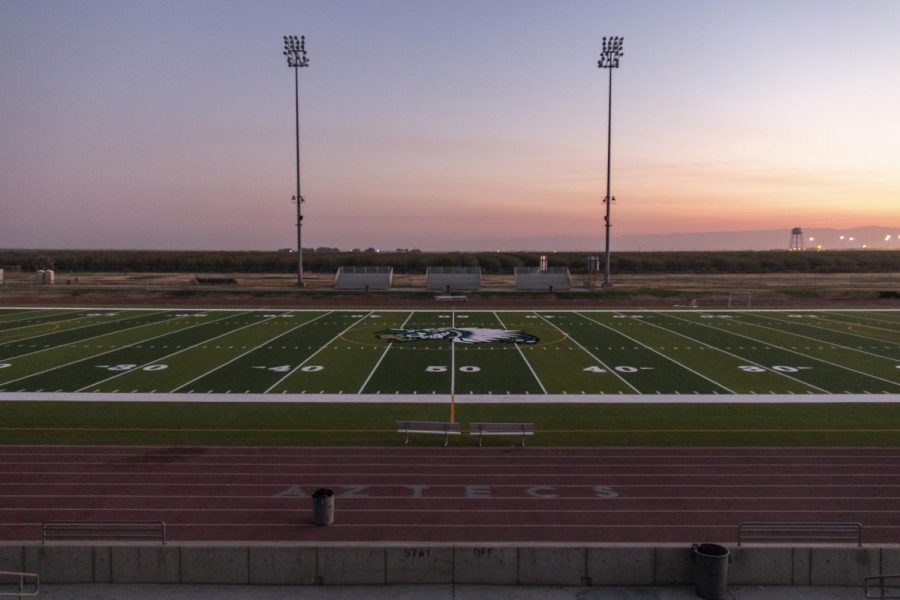 Trejo's high school field in Mendota, California. The school had a total of 863 students during the '16-'17 school year. Photo credit: Logan Bik

Trejo was all but 16 years old when he was first approached by local kids for autographs. The autographs soon turned into him giving away his captain’s band after games, and soon enough they started rocking Trejo’s signature haircut, a mohawk with blond highlights.

Most people would let something like that get to their heads, especially high schoolers, but Trejo isn’t most people. He saw himself in those kids; he saw Mendota. It served as a reminder to himself that he needed to keep working to get to the level he wanted to be at.

“I’m still a kid at that age. It’s a cool thing,” Trejo said. “But at the same time, it motivated me … to now make it everywhere. If these kids want my autograph, I want everybody to want my autograph as well.”

Trejo’s local celebrity status didn’t come unwarranted. One could argue that he was one of the best high school soccer players ever in California. Through his four seasons on varsity for Mendota High School, Trejo scored 200 goals, a state record. His 65 goals as a senior in 2016-17 surpassed the previous record of 56 set by Javier Trejo, his older brother.

It was a special moment for Trejo to break his brother’s record. He vividly remembers Javier telling him beforehand, “You can do it, do whatever it takes.” They were able to share the moment being proud of keeping the record within the family. 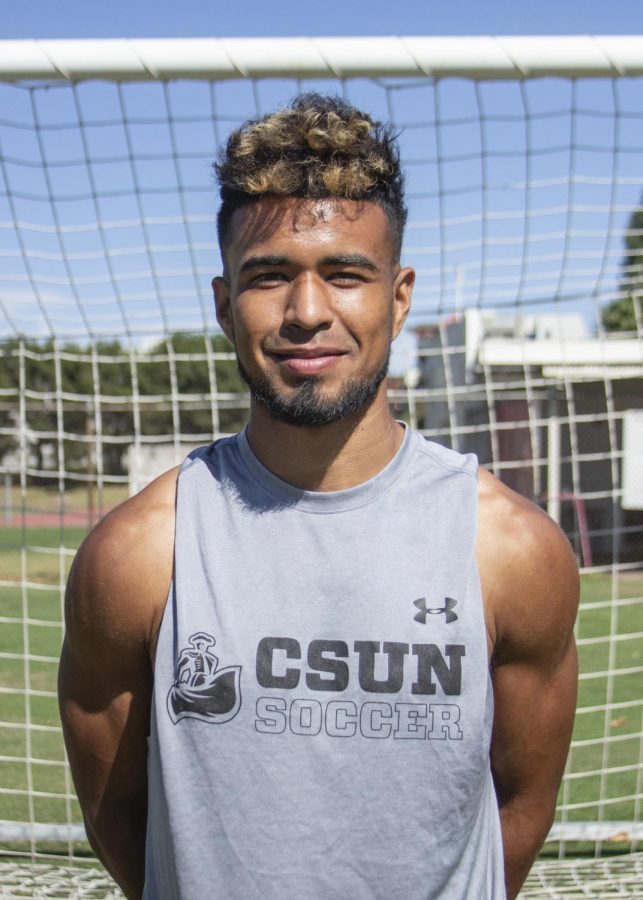 Danny Trejo during a training session of the 2019 season. Photo credit: Serena Christie

Family is everything to Trejo. He grew up the youngest of four brothers, and soccer was the common bond they shared not only with each other, but with their father as well. His dad is an avid soccer fan whose favorite teams include Toluca of Liga MX, Barcelona and Manchester City. The Trejo brothers found themselves playing soccer, and Danny took an instant liking to it.

He recalled going to the local park every day and just kicking the ball day-in and day-out, dedicating himself to his craft when he was just a child. What had started as a way for Trejo to bond with his family turned into his motivation to make sure his parents are taken care of and ensure that his dad wouldn’t have to work in the fields again.

It was this same fire to succeed that almost led to disaster in Trejo’s final high school game, the state championship against Santa Clara. Magana recalls Trejo running circles around everybody for the first 10 minutes of the game before a slide tackle took him down and caused him to get up limping.

Magana tried subbing out his star player, but Trejo refused to come off the field in his final game.

“I wanted him out, I didn’t want him to get hurt because he’s obviously going to go to college. Forget about the state championship,” Magana said. “But he wouldn’t come off, and I can’t take that away from him.” 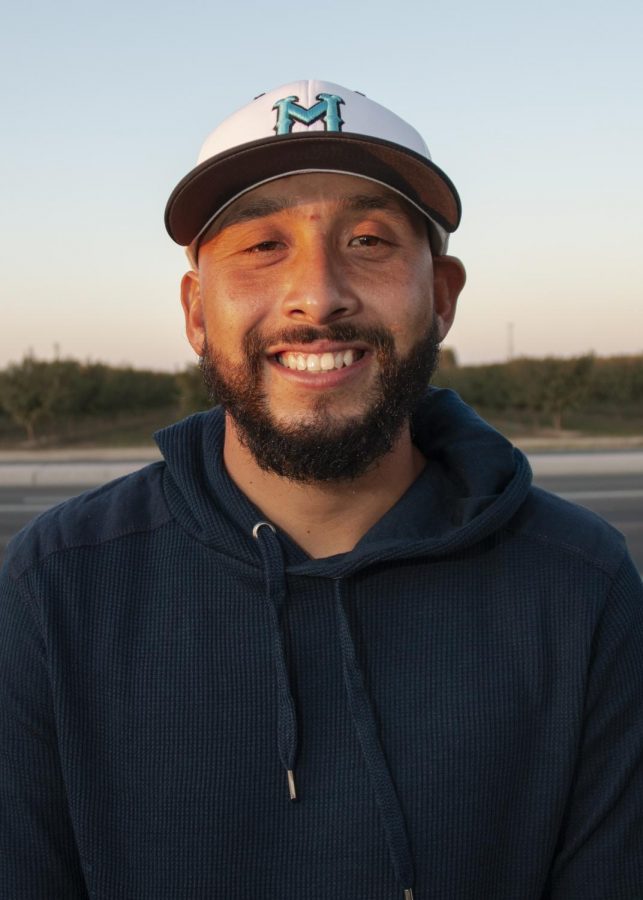 Juan Magana, Trejo's high school coach, is no longer coaching the Aztecs but still supports the team by wearing his Mendota cap every once and a while. Photo credit: Logan Bik

Trejo stayed in the game with a partially torn meniscus, determined to not let his injury stop him.

“The only thing on my mind was winning the state championship, so I didn’t really care about my knee at that point,” Trejo recalled. “I’m sure it wasn’t the right thing to do. But me as a small kid at that time, and I was a lot younger … I just wanted to win so bad.”

Trejo may not have won the state championship, but he also avoided a potentially catastrophic injury that night. He closed the chapter on his legendary high school career as he prepared to embark on a new one, one that would take him from Mendota to Northridge to play for CSUN.

In his three years as a Matador, Trejo has earned several accolades and recognitions, most recently winning Big West Offensive Player of the Year for 2019, he also spent the beginning of the season tied for the nation’s lead in goals and points. Through all his success that he has earned in the Greater Los Angeles area, he still keeps himself grounded by remembering his roots.

“Looking back to where I come from, I’m just very grateful to be able to come from a very humbling family, a very humbling community,” Trejo said. “I’m just grateful for everything that’s happening to me and I just want to continue to make everybody in Mendota proud.”

Wherever Trejo’s journey takes him next, he will always keep Mendota with him, and Mendota will be rooting for him every step of the way.