The Journalism Department Has Lost its Way 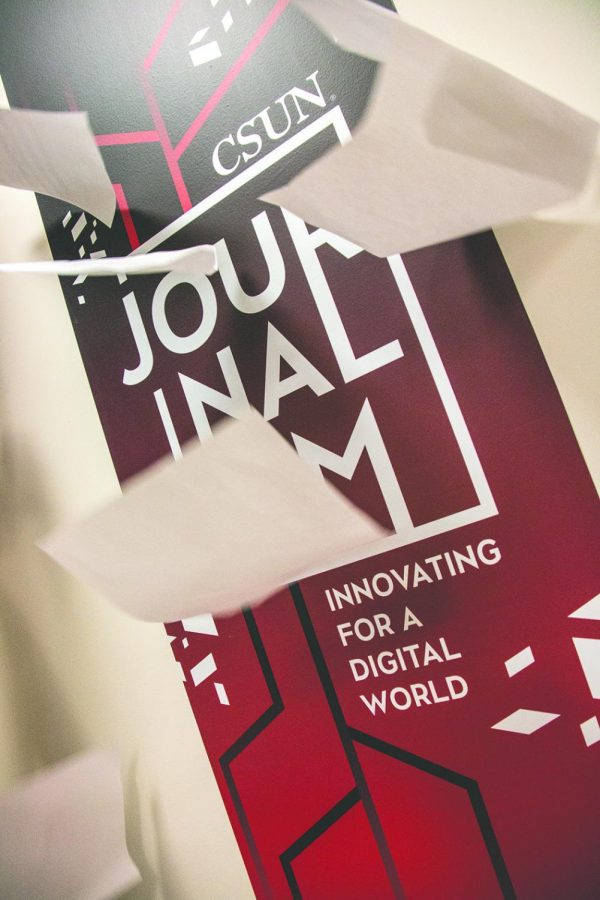 I declared journalism as my major in 2017, and now I’m a senior in the department. A year after I declared, I started working at one of the only student-led publications at CSUN: The Sundial. It’s a shame that working for this publication wasn’t deeply encouraged by some of my professors. I remember sitting in my first journalism class, only to hear that The Sundial was a mess; this is an opinion that even my own peers have stated, too.

Criticizing students about their ability to run their own publication without recognizing the problems that start in the classroom is choosing to ignore a flawed curriculum leading to its own students being underprepared.

In the spring of 2018, the department made a change to the curriculum. Previously, the courses offered emphasized traditional journalism writing and broadcast, which I believe was outdated. Now students are part of a new curriculum that lacks the resources necessary to understand what journalism is in the digital age.

Classes vital to print majors such as editing and graphic design were cut to make way for multi-platform classes that focus mostly on broadcast, whether you are pursuing it or not. The push for multi-platform can be damaging by teaching students they need to be multifaceted instead of mastering their form. The new curriculum didn’t create more classes that focus on what I see most journalism students struggle with, which is writing.

Whether you are print, magazine, broadcast or a public relations student, you need to grasp the basics of writing a story so that you can develop your own style and focus in your journalism career. But this is where I see students struggle the most and professors not keeping up with today’s forms of journalism. When the curriculum prioritizes hard news over other beats such as entertainment or sports, and writing to an outdated formula over creating your own style, students fall behind.

There is more to journalism than a 500-word news story, there is more to journalism than three story types, and there is more than the traditional pathway to success in the journalistic field. We don’t encourage students to read outlets outside of traditional publications like the LA Times, instead of focusing on the innovation of media platforms like Vice with their narrative-style journalism or Vox with their YouTube explainer videos. There are also news outlets that highlight culture like Remezcla, Mitu and Fusion catered to a bilingual and cross-cultural audience, which all incorporate a fresh form of storytelling for today’s audience. If we stick to an outdated formula, it leads students to fall short in their major and hinders the success of student-led publications.

During my three semesters in The Sundial’s newsroom, I have seen a decline in student enrollment and preparedness to work at the pace a publication needs to survive. Editors have taken on reporting, writing, editing and laying out each week to make up for our own lack of resources. We did it all on our own this semester because we wanted The Sundial to be the publication it should be in the new millennium. It isn’t my job, nor our editors’ jobs, to teach student reporters the basics of journalism that should have been mastered in their 110, 210 and 310 classes, yet it is now falling on us.

It’s important to state that The Sundial doesn’t rely on journalism majors alone. I have seen English, political science, public health and art students become journalists without formal training to create articles and media better than what I’ve seen from students in the journalism department. I believe this comes from a passion for a subject that interests a person and encourages them not to be bound by journalist tradition, but by creating a new pathway for success in journalism.

It’s time to reflect on where we are in this era of journalism that is vastly different from what it was 20 or 30 years ago. A student who has a passion for the career will find a way to thrive whether the curriculum supports it or not, but the department should strive to create classes that benefit the students of today. I want to see students like myself speak up, help better a department that is truly needed to create this generation’s next round of journalists in a time where the fourth estate is needed more than ever.