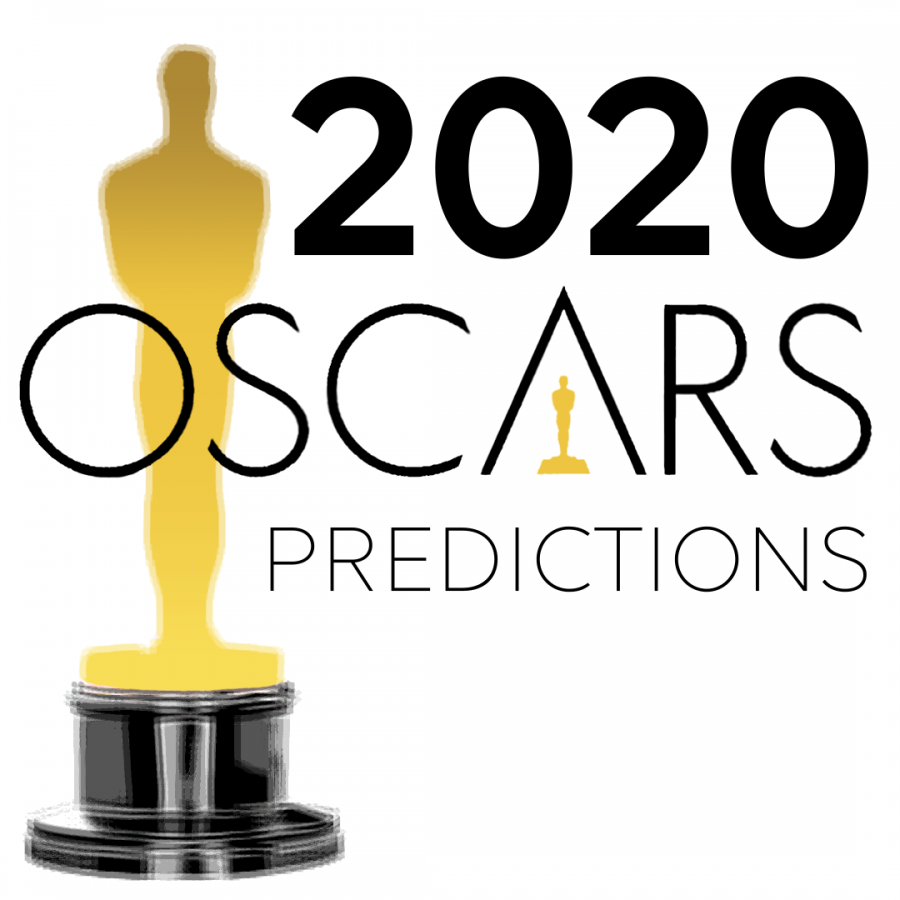 2020 Oscars ceremony is set to take place Sunday Feb. 9th. Nominations for Best Picture include "Joker" "1917" and "The Irish Man."

In 2019, the nominated films for the 92nd Academy Awards ceremony ranged from a WWII satire with Hitler as a main character to a 1960’s Hollywood fantasy to a comic book villain’s origin story set in the real world. There was also a WWI epic, shot to make it look like it was one long take, similar to 2015 Best Picture winner “Birdman,” A South Korean film about classism, “Parasite,” that blew audiences away, and a story about an ugly divorce, “Marriage Story,” that was relatable even to those that have never been in a long-term relationship. A gangster film about the disappearance of Jimmy Hoffa, the seventh adaptation of “Little Women,” and a sports movie about the battle of car supremacy in the 1960’s were nominated, too.

For the first time in Academy Award history, the studio with the most nominations is a streaming service. Netflix grabbed 24 nominations including Martin Scorsese’s three and a half hour gangster epic, “Marriage Story” and “The Two Popes”. On top of those movies, Netflix also nabbed a best animated feature film with “Klaus,” earned nominations for two feature documentaries, “American Factory” and “The Edge of Democracy,” and one documentary short “Life Overtakes Me”.

The 92nd Academy Awards ceremony is set to take place on Sunday, Feb. 9, 2020. This is the earliest that the awards have ever been held, since its creation in 1929.

CSUN students have opinions on who should and who will win this Sunday.

Luis Miron, a broadcast major, believes “1917” will take the award for Best Picture, but he’d prefer “Joker” to receive the award.

“’Joker’ leaves an impact on the viewer,” Miron said. “after seeing it again, I thought it was great. The movie stays with you and is an ugly look at society. I really want ‘Joker’ to win but I have been reading that ‘1917’ will win.”

Nominees for Best Picture:
“Ford v Ferrari”
“The Irishman”
“Jojo Rabbit”
“Joker”
“Little Women”
“Marriage Story”
“1917”
“Once Upon a Time in Hollywood”
“Parasite”
Most students want Joaquin Phoenix to win Best Actor, and most critics believe Phoenix will win. Clark Gholamipour, CTVA-entertainment media management major, thinks Adam Driver had the better performance.
“Adam Driver gives such a human performance in ‘Marriage Story’,” Gholamipour said. “The emotion that Driver brings in the movie is unparalleled. It is a real existential performance. Everyone talks about the raw argument scene in the movie as the best scene, but there is a scene where Driver’s character takes his son to school in which I think is the best scene. It is just a great performance.”
Lead Actor nominees:
Antonio Banderas, “Pain and Glory”
Leonardo DiCaprio, “Once Upon a Time in Hollywood”
Adam Driver, “Marriage Story”
Joaquin Phoenix, “Joker”
Jonathan Pryce, “The Two Popes”
Amanda Gutierrez, psychology major, thinks Renee Zellweger is an absolute lock to win Best Actress.
“Renee Zellweger transformed into Judy Garland. She completely disappears,” Gutierrez said. “It is a powerhouse of performance and there is no actress in the category that even comes close to what Renee did. She truly was immaculate and it was heartbreaking to watch. Judy Garland would be proud of this performance.”
Lead Actress nominees:
Cynthia Erivo, “Harriet”
Scarlett Johansson, “Marriage Story”
Saoirse Ronan, “Little Women”
Charlize Theron, “Bombshell”
Renee Zellweger, “Judy”
David Neyland, a TV Production major, loved Brad Pitt’s role in “Once Upon a Time in Hollywood.”
“Brad Pitt gives a natural cool guy performance, it was fun to watch,” said Neyland. “He is so relaxed through the movie so when he explodes it is just fantastic. There wasn’t a cooler performance this year.”
Best Supporting Actor nominees:
Tom Hanks, “A Beautiful Day in the Neighborhood”
Anthony Hopkins, “The Two Popes”
Al Pacino, “The Irishman”
Joe Pesci, “The Irishman”
Brad Pitt, “Once Upon a Time in Hollywood”
Michael Hoggan, a film production professor at CSUN, believes all five directors deserve merit for their work on the films this year, especially two of them.
“Each of the movies are very remarkable this year. They each bring something special to the awards,” said Hoggan. “Todd Phillips was very innovative with ‘Joker’, it is a very difficult character to make a full-length movie about and he did a fantastic job. Sam Mendes made a powerful movie with ‘1917’. His long shots must have taken so much work to pull off. It really is a remarkable feat to pull off. I think Mendes will take home the prize, which is fully deserved.”
With so many deserving nominees this year, it will be interesting to see who will win the awards.
The 92nd Academy Awards will be broadcasted through the ABC network on Feb. 9, 2020 at 5:00 p.m.