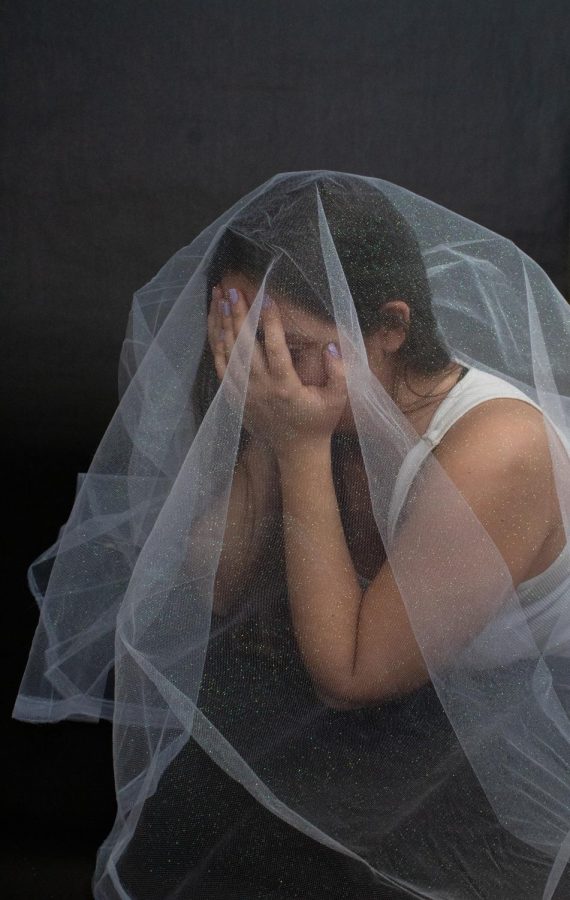 Plush white snow seems much scarier at 2 a.m. when the Big Bear sky is dark enough to swallow it whole, and snow-capped mountains with winding, narrow lanes are a feat too daunting for a car without chains.

In a critical moment, a young woman needed to decide to take on a potentially dangerous commute home or stay under a roof with someone who covertly violated her defenses — she chose the latter, because at least inside, the damage endured moments earlier was already behind her.

On Feb. 9, 2016, then 20-year-old Megan* was sexually assaulted by the only sexual partner she had ever known. He went against her wishes of using a condom during sex and removed it without her consent.

“We were facing each other and then he’d kind of turned me so my back was towards him and then, I don’t know how exactly I knew that he had initially taken the condom off, but he had his hands on my hips,” Megan said. “One hand was on my hip like normal and the other one was in a fist so in my head, when I looked at it, he had it in his hand. And then he kept going and I didn’t say anything, and I always beat myself up for not saying anything.”

Megan remembers the attempted cover up of the assault.

“When he had finished, he pulled out and then he kind of did some type of snapping motion with the condom that was still in his hand to purposely make me think that he had just taken it off, which is so manipulative,” Megan said. “He only thought about what he wanted in that moment. He didn’t think about what would’ve happened after. He didn’t even think about the fact that I could tell he did it.”

She said she was having a conversation in her head trying to process the disbelief.

“We weren’t in that moment for a very, very long time, but I feel like when it was happening everything stopped for a second and I was like, ‘Is this really freaking happening?’” She asked herself. “‘Does everybody do this? Does every guy try to do that?’”

This act of removing a condom during sex without consent is sexual assault. It is rape-adjacent, and is commonly known as “stealthing.”

After taking a moment to recover in the bathroom, Megan said she considered leaving, but the time and potential risk of driving in snow without chains on her wheels prevented her, so instead, she went to sleep.

“We laid right next to each other, and I remember just looking at him laying there with his eyes closed and I was just like, ‘Oh man, he has no idea that I know,’” Megan said. “And I felt like I let him win by not saying anything.”

The next morning, Megan said she took the car ride home to decompress and process the night before.

“I drove home with no music on,” she said. “I was just thinking how I was going to tell him that I knew and that I don’t want to talk to him anymore. And the difficult part about it was that I still had feelings for him, which was super confusing. I was fighting myself on the ride home.”

Reflecting on her options the night before, she felt trapped, not because she was forced to stay, but because there was no safe way home at the time she contemplated leaving.

“I was just thinking I can’t go anywhere,” Megan said. “It was in the middle of winter, it was snowing, the elevations were high and the snow was a couple of feet high. I can’t drive home. It’s completely dark outside in the middle of the night. Even when I drove home the next day, there was so much snow.”

Megan said the initial red flags were there when she suspected that he tried to remove the condom behind her back in previous encounters. She recalls at least two instances where she caught him in the act. When she tried to confront him, he was defensive.

“I could tell because I had the feeling,” Megan said. “I noticed his body language and saw what he was doing. And I asked him if he took it off. He said ‘No,’ got upset with me, and told me I ruined the moment. He left the room, left me sitting there by myself, and I was feeling really rejected and really hurt. It was just very gaslight-y of him to make it seem like it was my fault, like I’m crazy, I’m seeing things or I’m just overreacting.”

Megan said she felt angry that she didn’t leave at the initial warning signs, but was torn between reality and falling in love so she gave him the benefit of the doubt when she caught him prior to the assault.

“In the middle of it, I would look or check to make sure that he still had it on,” she said. “I was still skeptical. The first time he tried to do it, he broke a lot of that trust and that made me paranoid that he was going to do it again. But I think I was just really blindsided by the fact that I had feelings for him and that I wanted something more with him.”

Despite the trauma, she said she’s able to look past the situation and remember the good that came with that relationship. He remains in her life as friends to this day, because she refuses to see him as a villain and perceive herself as a victim.

A few days following the assault, she decided to send him a lengthy text to let him know what was on her mind — including the fact that she knew he removed his condom during intercourse.

Even though he apologized, she believes he doesn’t fully grasp the toll his actions had on her mental health.

“I’m done trying to get him to understand why it matters to me,” Megan said. “I can’t force someone to understand, but it does affect me because now it is something I think about with any guy that I’m ever going to be with. I keep a super close eye and make sure that they’re not going to, because I am scared of that happening again.”

And although she hasn’t fully cut him out of her life, she doesn’t dismiss or excuse the way he made her feel.

“What an asshole. I can’t believe he would do that to me. He knew that I wasn’t okay with that and he did it anyway. I hate the fact that he thought that he won, but I really don’t want to give him enough credit for how much power he had over me,” Megan said. “I don’t think he realized it. I don’t even want to give him the credit for being smart enough to know how to manipulate me. I think he did it by accident.”

Ellen Barabasz, a long-time friend of Megan’s, said she doesn’t know what she went through, but she doesn’t understand why she wants him to keep coming back in her life.

“From a friend’s perspective, I wish she would have cut him out of her life a long time ago,” Barabasz said. “It should have definitely ended when he sexually assaulted her and then lied about it. He is toxic to her and always will be. He doesn’t deserve a person like her.”

Megan said that she tried to gather information on these types of sexual assaults online, but at the time, she found very little. It made her feel weary about whether or not this type of behavior was unique to her. In more recent years, with the birth of the #MeToo movement, she said learning about people with similar situations makes her feel validated.

She said it’s terrifying to think about how someone she once really trusted violated her boundaries, and how it can potentially happen again.

Therapy has helped her move forward, but she recognizes that it’s an ongoing internal struggle that she’s still trying to navigate. Poetry and creative writing have been outlets to help her cope. It allows her to verbalize thoughts and emotions in a way that feels like its truest and purest form. She has a notebook that she uses to capture inspiration when it strikes, but she also has a poetry blog that acts as her journal or diary.

From Megan’s creative essay “Him: A Love Story,” an excerpt reads: “He may have felt like I rushed him, which was not my intention. That’s when I realized he really did it. This time he removed the only thing that still created a barrier between the two of us. The one thing separating trust and betrayal. When he took the condom off, I knew it, but I froze. I had no say in the violation of my body because he did it in secret, I stood there speechless. I looked at him speechless. I laid there speechless.“

Megan said she thinks she’s a lot stronger than she gives herself credit for.

“I feel like I’m really sensitive, and I do let a lot of things get to me and really tear me apart,” Megan said. “And there are so many times in poems that I say he completely destroyed me and he broke me. And sometimes I look at that and I’m like, ‘That’s not true, because I’m so much stronger than that to have been broken by him.’ In a weird way, I’m hoping that there are things that are going to hurt worse than that in my life. If I can get through that, I can get through other things.”