CSUN grinds out win vs. WSU to sweep the homestand 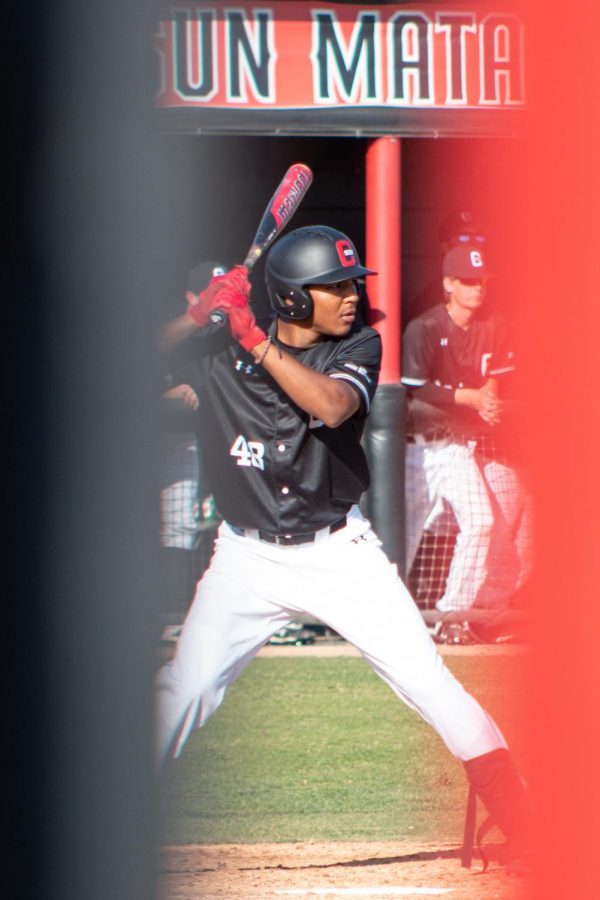 On a beautiful 75 degree Monday afternoon in Southern California, one of the ugliest go-ahead plays imaginable broke out at Matador Field.

With the score knotted up at one apiece in the bottom of the fifth, CSUN junior third baseman Jose Ruiz stepped up to the plate with runners on second and third and one out. He chopped a 1-0 pitch to Cougar shortstop Garrett Gouldsmith playing in on the grass, then chaos followed.

Gouldsmith fired home to stall sophomore Denzel Clarke from breaking towards the plate, commencing a rundown. As the Washington State catcher ran Clarke back up the third base line, he looked in bewilderment to find both Clarke and the runner previously at second base, junior Kai Moody, standing at third.

Two separate rundowns developed from the mayhem with Moody from second to third, and Clarke from third to home. The crowd began barking instructions at both runners before Moody distracted the fielders by being thrown out at third base while Clarke scored the go-ahead run.

“I just saw two guys not giving up,” Ruiz said, who wound up at second base on the play. “Probably some of our best baserunners on the team are Denzel and Kai, so when I hit that groundball I still had a feeling something good was going to happen.”

The play is a good representation of the Matadors’ last game of the four game homestand, a 3-1 win against Washington State.

While the weekend sweep of the University of San Francisco featured CSUN firing on all cylinders, head coach Dave Serrano believed that fatigue may have set in against the Cougars, forcing his ballclub to grind through the day.

“I don’t think we played well today,” Serrano said. “I thought we were flat, but we haven’t played four games in a row even in our scrimmages. It’s taxing on the body and we’ve got to get used to that because it’s going to be an endurance test as we move on.”

No department suffers more from a prolonged stretch of games than the pitching staff. This was evidenced by the days starter, freshman Gavin Lizik, who was forced to appear in the home opener and then start Monday on two days rest.

Lizik wasn’t sharp, but he managed to navigate through a turbulent first to record three innings with only one unearned run. Then began the parade of relievers who prevented the Cougar lineup from inflicting any further damage.

Much like Lizik, sophomore Blaine Traxel was forced to close the game out on short rest since the primary closer, redshirt junior Blake Schriever, had pitched the past two games and was unavailable.

“I would never do what I did today with Traxel again,” Serrano said. “But he’s just that type of guy. There’s no strain in him and he asked for the ball if we had the lead.”

Serrano foresaw the type of game this would be for his staff beforehand and knew that his club’s resolve would be tested.

“I’ve been coaching for a while and there’s not many times we’ve played four games in a weekend,” Serrano said. “I talked to many of my peers and even some of them that feel really good about their pitching staff say that it would be really hard on them. It is hard, but luckily some guys stepped up and allowed us to get through it.”

The Matador’s two-way player, redshirt senior Jayson Newman, was also tasked with providing an inning in relief and he responded by delivering his first since being sidelined from pitching last season with elbow problems.

The year-long wait to get back to the mound caused some anxiety in his first appearance against San Francisco, but the nerves settled down on Monday when he threw a perfect frame with two strikeouts.

“Just building off of what I did in my last appearance and got back to throwing strikes,” Newman said. “The team supported me and got me through (the injury), but we got a long road ahead and I’m excited to get back on the mound.”

Prior to his relief appearance, Newman also jumpstarted the Matador offense with a game-tying solo home run in the fourth inning. The quality of at-bats progressively improved as the game wore on, and a clutch two out RBI single from Ruiz in the seventh provided all of the insurance that was needed.

“I just tried to not do too much,” Ruiz said. “I heard (assistant coach Eddie Cornejo) saying there’s a big hole on the right side, so I took a peek over there and said if they throw it outside then just stay short.”

Playing well at home is nothing new. The Matadors held a 16-14 record at Matador Field in 2019, but their performance tumbled to 7-18 in away games. The 4-0 start to the year has rightfully promoted excitement, but now a 12-game road trip will provide the first true test.

On Friday, Feb. 21, the team defeated Fordham University 12-5 and Grand Canyon University 5-3. On Feb. 23, the team finished their weekend in Arizona with a 6-2 win over Grand Canyon to have their best start since 1993.

The 7-0 Matadors continue their road trip with a four game series in Orlando against UCF Feb. 28-March 1.