Faces of Black Leadership at CSUN 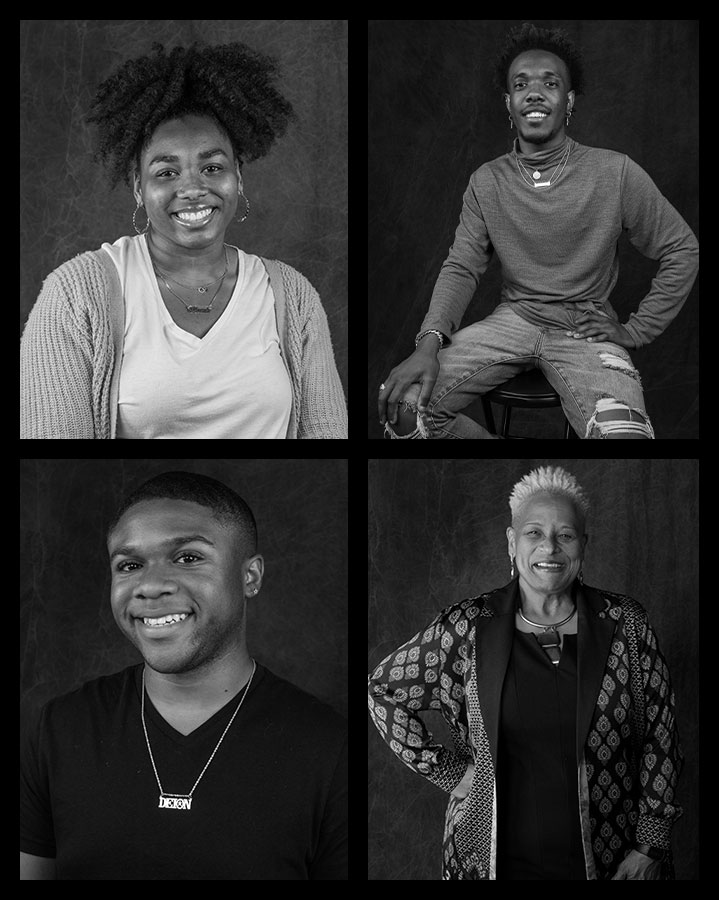 Founder and current coach of the CSUN MataDolls, Kyle Wallace has been working to improve the Black community engagement at CSUN campus through his dancers.

“Back in 2016 I was inspired to start the team, because it was kind of a culture shock when I got here,” Wallace said. “I didn’t see many people I identified with. So one of the biggest things that I thought would bring culture to this campus is starting a historically Black team on CSUN’s campus.”

Wallace anticipates graduating this spring semester, leaving behind the MataDolls. Although he is the founder, Wallace believes the foundation he has built will hold the team together.

President of the Black Student Leadership Council as well as the Black Student Union Event coordinator, Deion Turner has been working to bring the Black community on campus together. Turner is currently a junior working towards a bachelors degree in both public relations and psychology.

As Turner became more active at the university, working with the BSU, he wanted to do more, and slowly began taking on more responsibility. One of his driving forces was to create an equal environment for the students at CSUN.

“There were a lot of events that I wanted to do and they were just getting shut down by my other e-board members,” Turner said.

Last year, Turner decided to take over the Black Student Leadership Council where he works to get all of the clubs and organizations that focus on Black students on the same page.

Wanting the campus to improve, Turner “stepped in and made sure the university was being accountable when they said they wanted to support Black students.”

Working with many different organizations on campus, he tries to lead by example.

“I am a huge believer that you need to be the change that you want to see in the world,” he said.
Debra Hammond

Debra Hammond has been the University Student Union executive director for over 20 years. She has been working on campus since 1993 and has been a part of the ever-growing changes including the Student Recreation Center, Oasis Center, Veterans Resource Center and Pride Center. Although she prides herself on the work she and her team have completed, it was a bumpy start when she first got here.

“I came to Northridge one month before the (1994) earthquake, so (it was) kind of baptism by fire,” Hammond recalled.

As time went on, the campus was rebuilt, and Hammond slowly started working to build up the USU, providing a space for everyone.

“Number one, first and foremost, the students on our campus deserve these services,” she said. “We’re an institution that works really hard and oftentimes we don’t talk about it.”

While Hammond looks to bring everyone in with open arms, she acknowledges the chance to look back on history.

“I think Black History Month is a time for us to share our story, to talk about our contributions to this country, sacrifices we made, both triumphs and tragedies,” she said. “As a person of color in this country, particularly African American, sometimes when you go through high school you don’t hear a lot about the contributions that African American’s made to this country. You hear about two pages of slavery and that’s it. So when you come to an institution like this, that has a tremendous legacy of leadership in ethnic studies, that means a lot.”
Olani LaBeaud

Olani LaBeaud is the secretary of the Black Student Union, a member of CSUN Naturals, Black Girl Magic, Camp Matador and more. Although she has her hands full with the many clubs and organizations, LaBeaud finds it important to bring the African American community together.

Being a member of the Naturals club on campus, LaBeaud explains the importance that the club provides for Black students of campus.

“Natural hair has always been controversial and so it’s hard to be comfortable in your skin,” she said. “But, it goes way beyond hair. It’s more than the strands, it’s the roots that we have beneath it.”

The sense of comfort is something that LaBeaud has worked to create with her efforts at the BSU.

“We all play various roles, but we all come together to be there for the Black community,” she explained. “Black students are still a minority on this campus, so we try to provide a sense of community. A place where people can feel like they see other people that look like them, and also have the same experiences as them.”

The education of Black history is something that LaBeaud appreciates as she works to create change for the future.

“Black History Month is a celebration of our ancestors for those that probably were not celebrated in the past,” she said. “In the past, there was hate from outside and inside the community. So Black History Month is a time for us all to come together and celebrate all of the changes we made, but still look at all of the changes that still need to come.”