“Say it Loud: We Are Black, Latinx and Proud” 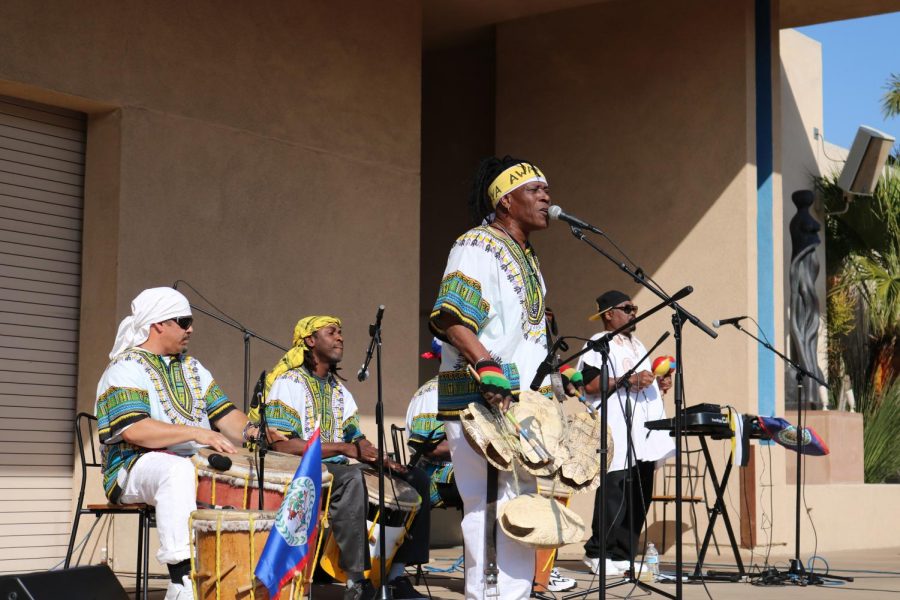 Afro-Latinx creatives gathered on Feb. 23 at the Museum of Latin American Art in Long Beach, to display culture and pride of the African influences in Latin America.

More than a thousand attendees ate, shopped and watched live performances all centered around the African diaspora.

Throughout early history, migration has been a natural occurrence. Whether it’s been through slavery or migration, Black people have influenced continents all over the world and have left a cultural footprint on Latin America as a whole.

The event provided a friendly family environment for the community to learn about the culture within a variety of booths.

Jolín Miranda, owner of Bori Cubi, handcrafts her artwork based on her Puerto Rican and Cuban culture and women empowerment. Many of the women figures in her craft are Selena Quintanilla, Celia Cruz, and Beyoncé, who are included on earrings, stickers, and cards.

“Even though I am Afro-Latina, I’m always learning more about my culture,” Miranda said. “These types of events are really important to put it out there so the people are aware that there’s a lot of assets to the world.”

Ryan Lucas Singletary, a managing partner of the clothing line Power in One, wants the Afro community to feel empowered within themselves. This ideal is based on one of their shirts, which says “Afro Cool.”

“We want people to be proud of the pride within themselves and you know where they’re from and their natural features and loving themselves,” Singletary said.

At the live performances, the audience followed along to the rhythm and were even invited to dance on stage by the band Awahaya Punta Rockers. Musicians varied from different Afro-Latinx descent from Latin American countries, such as Hondurian and Guatemalan.

The band Tropi Corillo played to the rhythm of cumbia, bomba and other Afro beats. They even got to perform a known popular cumbia song called “Negra Yo Soy,” which translates to “Black I Am.”

Awahaya Punta Rockers offered a taste of Garifuna culture, a group of African and Indigenous people who reside throughout Latin America. With drum beats and quick shaking rhythms the Garifuna musicians displayed to attendees how to Punta, a traditional dance, and educated them on the culture.

The overall purpose of the cultural center is for the community to learn about the African culture. Councilmember Austin said it will educate not only African Americans, but also the entire community.

Duncan shared a part of history of how the cities of Long Beach, Cerritos and Paramount were originally owned by a male Spanish African during the 1600s. She reiterates that the cultural center is for everyone to learn about.

“It is something for everyone because we are all interconnected in some way,” she said.