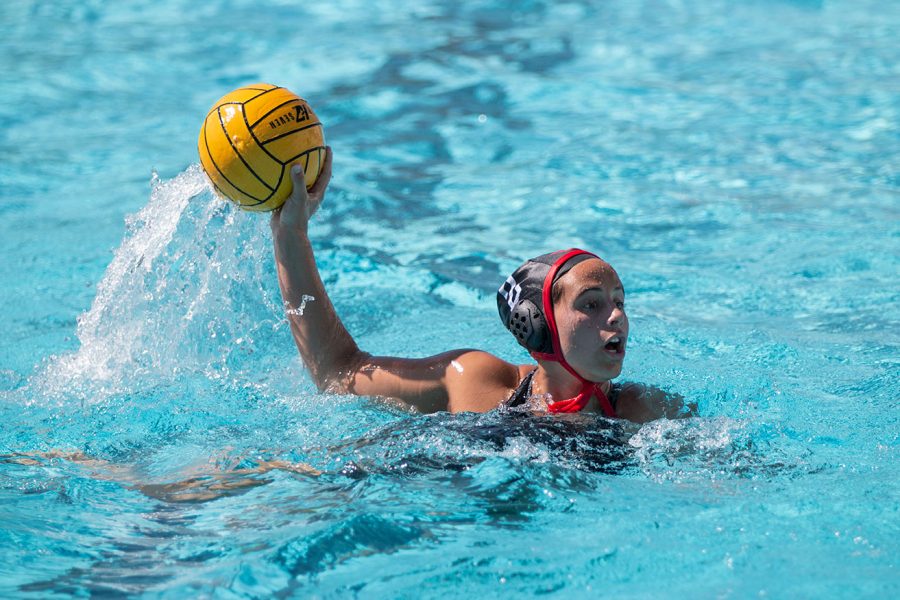 For the first day of the regular season, the women’s water polo team had a doubleheader against UC San Diego and Long Island University on Feb. 29.

The Matadors began their day with a Big West match-up against UC San Diego, the first for the Tritons.

Even though it was UCSD’s first Big West game, that didn’t affect the way CSUN approached and prepared for the game.

“We’ve been playing UC San Diego every year anyway, so we know them pretty well and the water polo world is so small that we know them all,” head coach Matt Warshaw said. “We didn’t take it any differently in the preparation just because it was a conference game.”

At the start of the game, it was pretty evenly matched until UCSD started to pull away. By the end of the first quarter, UCSD led 5-3. CSUN tried to fight back but every time they scored, UCSD would follow suit. By the end of the second quarter, it was 8-5.

During halftime, Warshaw motivated the girls to go out and fight harder. Despite that, UCSD got possession of the ball to start the half.

The Matadors would only give up one point during the third while not scoring any points themselves.

At the start of the final quarter, the score was 9-5 and CSUN got the first possession and then made a shot. Senior Katia Andon-Mateos had the opportunity to shoot a penalty shot putting the score at 9-7.

By the end of the match, the score was 12-9 and UCSD beat CSUN. Having to move forward from the loss, the team had to prepare for their next game against Long Island University not long after.

“Whenever we have a loss, you have to think about what went wrong, how we’re not going to do that again, and then how can we immediately bounce back, you want to think about it, fix those mistakes and then move on because if you drag that mentality into the next game you’re not going to perform well,” senior utility Tori Wilson said.

Not only did the Matadors face a newly-joined Big West team, they also faced a brand new team in general as this is the first water polo team in program history for the Sharks.

Warshaw explained the water polo world is small, but facing off against a team that’s new makes it a little different to prepare for when you’ve never played against them.

Despite LIU gaining possession of the ball at the start of every quarter, CSUN did a great job on defense and offense. At the end of the first, the score was close as the Matadors were up 2-1.

For being a new team, the Sharks held their own but the Matadors fought harder and by the end of the second quarter, CSUN was leading 7-5.

There was a lot of back-to-back scoring between both teams but CSUN took the 13-9 win over the Sharks.

Having to play in a Big West game then another right after would be taxing on anyone, but Warshaw says this is what the girls prepare for and that a lot of the girls on the team have been doing this since they were kids.

“Conference games are always higher pressure, but it is the pool we practice in every day,” Wilson said. “It kinda gives us a little bit of an advantage because they have to come to this pool instead. I love the pressure, it’s fun.”

And she told the truth, having two games did not slow Wilson down. In the first game against UCSD, she scored two goals but during the game against LIU, she had six.

As for the rest of the season, Warshaw says he can’t wait for next Saturday, March 7. They will be traveling to Santa Barbara to play against UC Santa Barbara and the Matadors have already started their preparations by watching an instructional film.