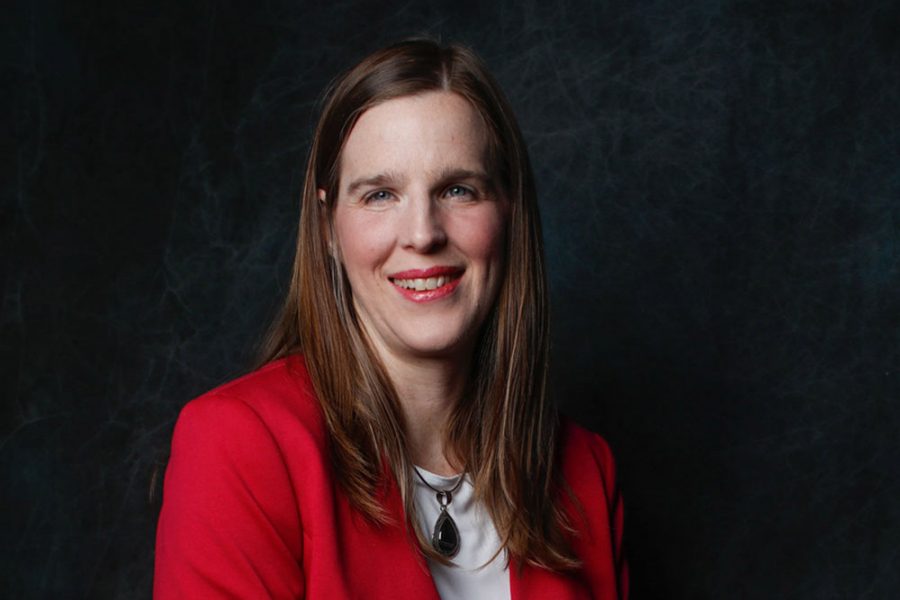 Dr. Loraine Lundquist was 12 years old when she began giving her allowance to The Nature Conservancy, a non-profit environmental group. Fast-forward 31 years, the 43-year-old CSUN faculty associate is now running to represent Council District 12, which spans the northwest section of the San Fernando Valley, on the Los Angeles City Council.

A love for nature characterized much of Lundquist’s childhood. With a career army officer for a father, Lundquist says her family moved around a lot whenever he was reassigned.

One thing that remained constant, according to the New Mexico native, is the affinity she developed for the environment when visiting national parks with her family as a child.

“That’s the place I came to just grow and love nature and the world we live in,” Lundquist said.

That admiration for the environment has guided much of Lundquist’s professional work in the last decade and now it’s one of the key tenets of her campaign. Her campaign’s logo features a tree, after all.

Lundquist graduated with a Ph.D. in physics from UC Berkeley in 2006 before going on to do work as a research scientist at Harvard-Smithsonian Center for Astrophysics, where she was sent to Tokyo, Japan to work on a satellite mission with the Japanese equivalent of NASA, Japanese Aerospace Exploration Agency.

She moved to District 12 in 2009 after her husband, a fellow Berkeley graduate, secured a job teaching geoscience at CSUN.

Lundquist, who lives in Northridge, became a CSUN lecturer four years later, teaching courses on astrophysics before she shifted her focus to the environment.

That shift awakened her drive for candidacy and her career today.

“I knew climate change was real. I knew it was important, but when I started to dive into the research papers, I realized I hadn’t gotten it before,” Lundquist said. “I hadn’t understood how urgent the situation was and frankly how dire the prospects were for my kids and my students.”

The idea to run for city council took root during the closing months of 2015 in the midst of the largest gas leak in U.S. history at the Aliso Canyon Storage Facility near Porter Ranch.

The leak went on from October 2015 to February 2016 and caused thousands of Porter Ranch residents to evacuate their homes.

“I literally had students with nosebleeds in my class. It was such a visceral example of the dangers of fossil fuels in so many different ways,” Lundquist said.

She helped organize community protests that demanded the shutdown of the facility.

Lundquist describes her experience with Mitchell Englander, a District 12 councilmember at the time, as problematic.

“He was very unresponsive to our concerns. He was dismissive of our community. It was a very frustrating experience and a lot of folks who felt we need a change in our representation,” Lundquist said.

The decision to run for city council fell into place in October 2018, when a number of events signaled to Lundquist that she had to run.

First, she was involved in an accident that totaled her car.

“It was a watershed moment for me. I didn’t have any injuries, but my car was totaled and I just was really cognizant of my own mortality and thinking about this short time that we have here on earth and what I wanted to do with that time,” Lundquist said. “I was really not sure what the answers could be.”

The following week, the United Nations released a report stating the world has until 2030 to limit irreversible damage from climate change.

“When that report came out, it was really clear to me that I wanted to continue working on climate issues and making that my focus. I didn’t know exactly in what capacity I wanted to do,” Lundquist said.

Later that same week, Englander announced his resignation from the LA City Council.

“I knew there would be a special election and it wasn’t very long after that I decided to run for that seat,” Lundquist said.

Lundquist ran in that 2019 special election. Although the city council is a non-partisan office, Lundquist is openly a Democrat and has been endorsed by the Los Angeles County Democratic Party. She lost to current District 12 councilmember John Lee by three percentage points in a runoff election in August.

Lundquist plans to center much of her work on the city council around sustainability. She has endorsed LA’s equivalent of the Green New Deal, a plan to reduce non-renewable energy, proposed by LA Mayor Eric Garcetti. She also supports the North Valley Bus Rapid Transit project which could possibly bring a bus lane through Nordhoff Street just in front of CSUN.

Lundquist’s plan to address the homelesness crisis includes using funds from Proposition HHH to fund “supportive housing for the homeless.”

The Northridge resident has branded herself as the anti-status quo candidate, taking pride in not being a politician.

However, Lundquist came under fire recently for having attended and taught at Principia College, which, until 2014, had a policy of not admitting or employing openly gay people. A campaign email defended Lundquist, citing her co-founding of a club that opposed the policy.

“I had an early chance to stand up and do what I knew was right, even when in an environment that didn’t agree with what I was thinking,” Lundquist said. She says that she was also openly against the policy when she returned to the school as a professor.

Lundquist has received the support of the Stonewall Democratic Club, an organization that advocates LGBTQ+ causes and views the criticisms as desperate smears from her opponents.

“The profound dishonesty of these allegations only shows how desperate the other side is to suppress the democratic vote, especially young people’s vote,” she said.

She hopes her candidacy will help pave the way for better representation in politics.