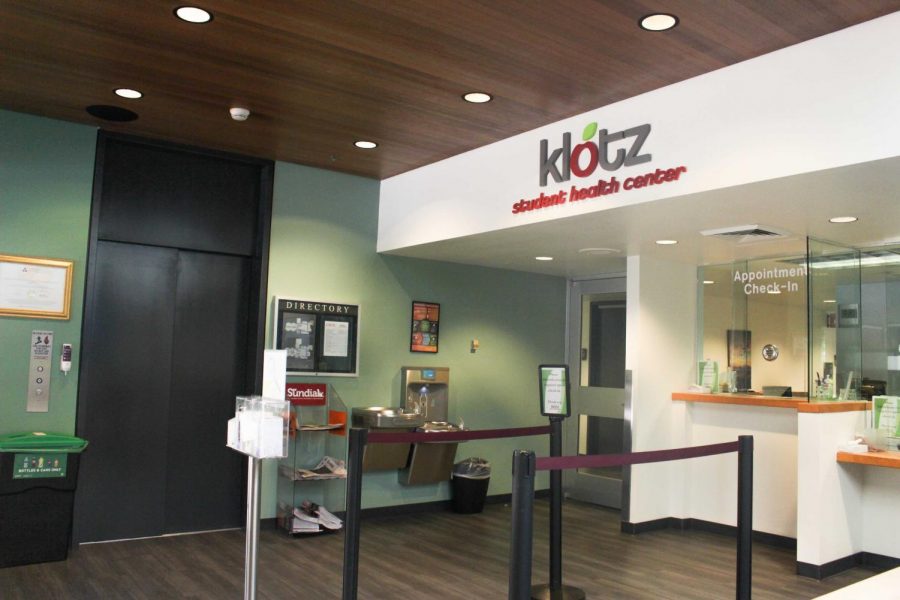 CSUN has instructed 13 of its students to self-isolate after they attended a conference last week in Washington, D.C. where two people not affiliated with the university tested positive for COVID-19, according to a campus-wide email from President Dianne Harrison.

The students in self-isolation attended the American Israel Public Affairs Committee Policy Conference in Washington last week. AIPAC is a prominent pro-Israel lobby group that lobbies U.S. Congress. Hillel 818, a Jewish organization that serves college students in the San Fernando Valley, organized the trip according to Matt Baram, the executive director of the organization.

The AIPAC conference spanned three days from March 1 to March 3 and drew in over 18,000 attendees. CSUN students will self-isolate until March 17. According to Baram, over 4,000 students from universities across the country attended the conference. Before Monday evening, CSUN students who attended the conference were told to “self-monitor” by the university and to report any symptoms to their health care provider or the Klotz Student Health Center on campus.

Some of the students who attended the conference are prominent members of Associated Students on campus.

A video uploaded to AS Senator Jonathan Hay’s Instagram profile shows him, AS Chair of Personnel Rebecca Grinberg and Chair of Finance Carlos Orozco also in attendance at the conference.

None of the CSUN students who attended the conference have shown any symptoms of COVID-19, which include coughing, fever and shortness of breath.

Harrison’s email notes that the self-isolation measure is being implemented “out of an abundance of caution” and that the Los Angeles County Department of Public Health has stated that the conference attendees’ risk of exposure to COVID-19 is low.

Shafa, who is a senator for the College of Business and Economics, participated in a senate meeting on Monday morning.

Shafa was first made aware of his potential exposure to the virus by an email from conference organizers on Wednesday last week when he returned to Los Angeles.

He then called his personal doctor, who told him he would be fine and instructed him to avoid close-quarter situations and physical contact with people.

Shafa said he received a call from someone at the Klotz Student Health Center on Friday. The health center official also told him to take precautionary measures like washing his hands and avoiding physical contact with other people. He wasn’t advised to self-isolate until Monday afternoon.

Shafa said he was following the self-monitoring and preventative advice he was given by his doctor and the student health center.

In an interview conducted before CSUN announced its self-isolation measures, Shafa said he planned to attend classes normally and continue to self-monitor.

“I’m trying my best to balance a serious situation with my priorities which are my classes,” Shafa said.

“I’m not showing any symptoms and I’m doing my best to take preventive measures so I’m continuing with my classes as I see fit, but if I don’t feel well obviously I would self-isolate, talk to the Klotz Center and get checked out immediately,” said the senator, just hours before the university’s self-isolation announcement.

As part of his own precautions, Shafa said he had stopped his volunteer work with elderly people, a population that is particularly vulnerable to the dangers of the virus, and ruled out attending a school concert over the weekend.

Shafa also said he knows one of the students in self-isolation at CSULB. He says they also attended the AIPAC conference last week.

Vicente was in Sacramento on Sunday and Monday for the California Higher Education Student Summit.

Vicente, like the rest of the students who attended the conference in Washington, was advised to self-monitor and take preventive measures.

Vicente said that she personally was not worried about the situation and that she would continue to self-monitor.

“I know in these times it’s easy to go into panic and to want all of the answers, but we do need to trust in the system and in our administrators, because they have our best interests in mind and they’re following suit with the department of public health,” said Vicente in a phone call, less than an hour before the university announced its self-isolation measures.

Both universities describe the measure as being “out of an abundance of caution.”

According to the email from Harrison, LADPH is not recommending that students who have come into contact with the 13 conference attendees self-isolate.

CSUN first announced that a group of its students had attended a conference with a known COVID-19 exposure risk on its website late Friday night. At that point, the number of students was unspecified and the students were only being advised to self-monitor.

The university did not directly contact its student body about the conference until the email Monday evening.

The Sundial tried to reach the Klotz Student Health Center and CSUN’s media contact for comment on Monday, but received no response.