What to do on your COVID-19 St. Patrick’s Day 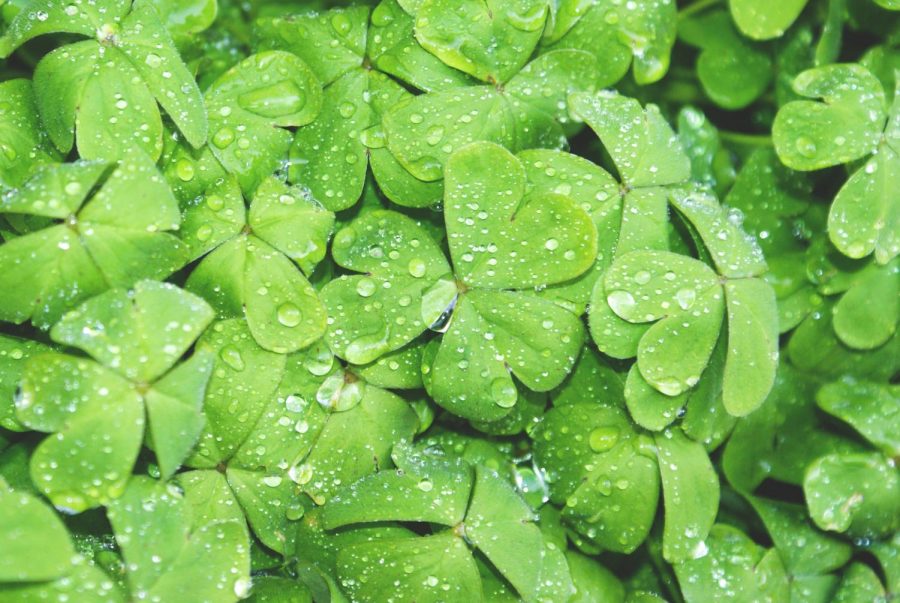 I was disappointed to watch the announcements come in that parades would be canceled, pubs would be closing and people should be practicing social distancing due to COVID-19. As a lover of St. Patrick’s Day, it seemed to me that this day was doomed to be dismal this year.

But then I remembered what my mother ingrained in me from a young age: it is all dependent on your perspective. If I want to hang my head and say everything is ruined, then yes, my day will be dismal. If I choose to keep my spirits high, although it may be challenging in this crazy time, we can make the best of our situation. So here are a few ways to celebrate the holiday this year while keeping the Irish cheer.

Now we all know that St. Patrick’s Day is known for drinking, and although we are not allowed to celebrate in a pub, COVID-19 is not keeping you from cracking open a cold beer at home! Take a stop by your local grocery store and pick up a case of Guinness, arguably Ireland’s most famous brew. The brewery opened their gates in 1759 and at the end of that year, their owner Arthur Guinness signed a 9,000 year lease on the facility, making sure that they’d be here to stay. The company has pledged to donate $500,000 to their Guinness Gives Back Fund to “help the communities where we live, work and celebrate.”

We can also take a moment to learn the history of this Americanized holiday. This day marks the death of Saint Patrick, the patron saint of Ireland, who is credited with bringing Christianity to the island. Since his death fell during the same time as lent, prohibitions on consuming meat were waived for the day and Irish families celebrated with hearty meals and dancing. This holiday has been celebrated for around 1,000 years, so it has a rich wealth of traditions and stories to offer.

On a more traditional note, look up some classic Irish reels and jigs and watch some Irish dancing! You can tell it’s Irish music by its melodic infusion of the fiddle, Uilliean pipes, Irish Bodhran (drum), tin whistles and Irish harp.

One of my favorite Irish musicians is Ireland’s County Clare native Martin Hayes (check out his rendition of Brennan’s Reel and The Killavil Jig). Irish dancing has been around since the start of civilization on the island. It is believed that traditional Irish dancing is a mixture of dancing traditions from the Druidic, Gaelic and Celtic people, all of whom resided in Ireland. These dances were believed to be used as means of worship as many were performed as ring dances around sacred trees. This form of dancing became popular when the group Riverdance made their Eurovision Song Contest debut in the mid ’90s. You can find a multitude of videos of this type of dancing, as competitions are held annually all across the world with dancers as young as three years old!

And while you are enjoying your beer and some Irish tunes, you can try your hand at making a traditional cabbage and bacon dinner. Although many believe corned beef to be the traditional dish of Ireland, pigs were and are the common meat for the majority of the population. In Gaelic tradition, cows are seen as sacred and only butchered for meat when they were too old to produce milk or work. It wasn’t until the British conquered most of the country that beef eating and potatoes were introduced as the norm for those residing on the island. So if you would like to adhere to true Irish traditions, try cooking up some bacon and cabbage. Or if you’d like a dish that will please the masses, try baking some shamrock cookies; they’re not so rooted in traditions, but just as tasty.

Though you may not be able to enjoy the typical festivities of St. Patrick’s Day, there are still plenty of ways to celebrate. Maybe this unusually quiet holiday will let you take some time to call a family member or friend who may be feeling isolated right now. To me, St. Patrick’s Day is about joining together and spreading joy, and although we may not be physically together, we can still be connected at heart. Happy St. Patrick’s Day!