Surviving in an era of no sports 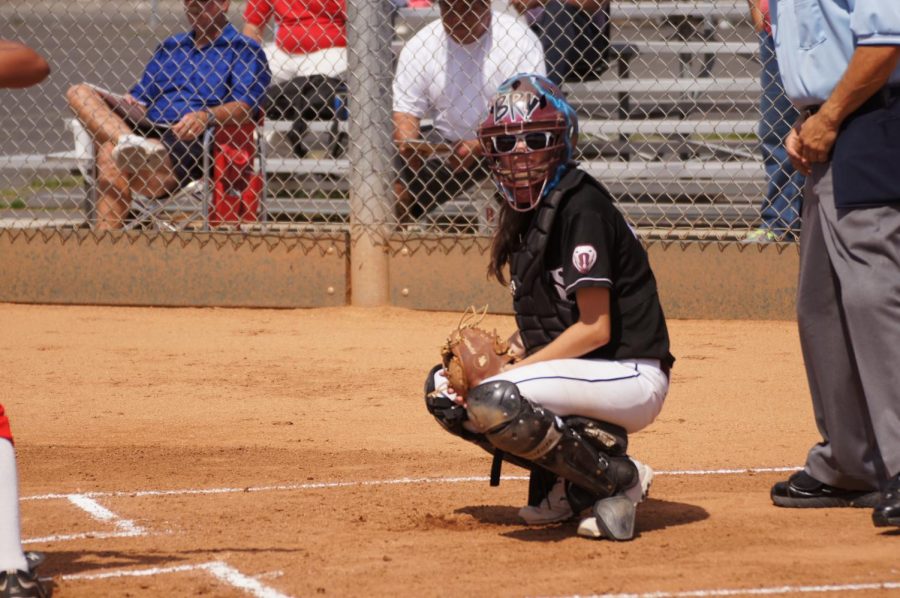 I was the number one (really only) catcher my senior year at Valley Academy of Arts and Sciences. This was during the semi-final game against Harbor Teacher Prep in 2014.

Two weeks. It’s been two weeks without a sport to watch, professional or otherwise. My name is Bryanna Winner and I am a graduate student in the mass communication program. Not only that, but I am also the sports editor for The Sundial, meaning that I assign stories to reporters whether game or feature. This includes me.

Before COVID-19 canceled everything, I was set to cover softball for the season and had a chance to cover the team’s one and only home game before their season was stripped away abruptly.

As a child, I would watch sports as a way to connect with my father and other members of my family. I enjoyed going to games, watching at home and even participating. My story with sports started in 1996 when I was two weeks old, watching Michael Jordan and the Chicago Bulls on my father’s lap.

I have been watching sports ever since. I’ve been to Dodgers, Rockies, Clippers, Ducks, Avalanche, Nuggets, UCLA and CSUN events because I enjoy them.

Not only that, but I was also an athlete up until I entered my freshman year of college at the University of Colorado, Colorado Springs. Up until that point, I was a softball player on my high school’s varsity team in Granada Hills. Prior to softball, I was a gymnast and a basketball player. I participated in soccer for a year while also taking karate and ballet lessons.

Even in Colorado, I stayed involved with sports. I went to any event I could, broadcasted for two basketball games and an entire softball season at UCCS in my freshman year before turning to the newspaper my junior year. I started out as a reporter when I came in and finished as the sports editor by graduation.

Sports is in my blood, it is what I want to do with the rest of my life. My goal is to be a sports reporter/writer. Not having any events really sucks and right now, there isn’t really a timetable for when everything will be back.

At this time with everything going virtual, my job is getting difficult. Originally, all athletic events were going to be played with no spectators aside from media and essential personnel. Now that there are no sports to cover, we have to be creative coming up with stories and getting interviews, especially with social distancing.

As a reporter, I was using my final semester at CSUN to cover sports I hadn’t before, since I wanted to work on being versatile this year before entering the real world. Unfortunately, there were sports I didn’t get to cover because of the virus. I’m one of those people that learn by doing, so this was a major blow.

Many of my family members had bought tickets for specific games that are now canceled. So what does that mean for them? It will depend on the bodies of the organizations to decide whether or not those games will be replayed. They may just go back to where they started or they may just finish their regular season and go straight to the playoffs.

Personally, I feel like these leagues should play a few games before going into their respective playoffs. My reasoning: so the new seasons can start on time without the fear of players getting injured.

For the MLB, they should reconfigure their seasons so they keep the same schedule but end a few games later than normal. It would be easier for them since they haven’t started yet and to be honest, I want to see how many Dodgers fans head south to Anaheim to boo the Astros on Opening Day.

We won’t know until COVID-19 is under control so for now, we can enjoy the games from the past as we look towards the future of sports.