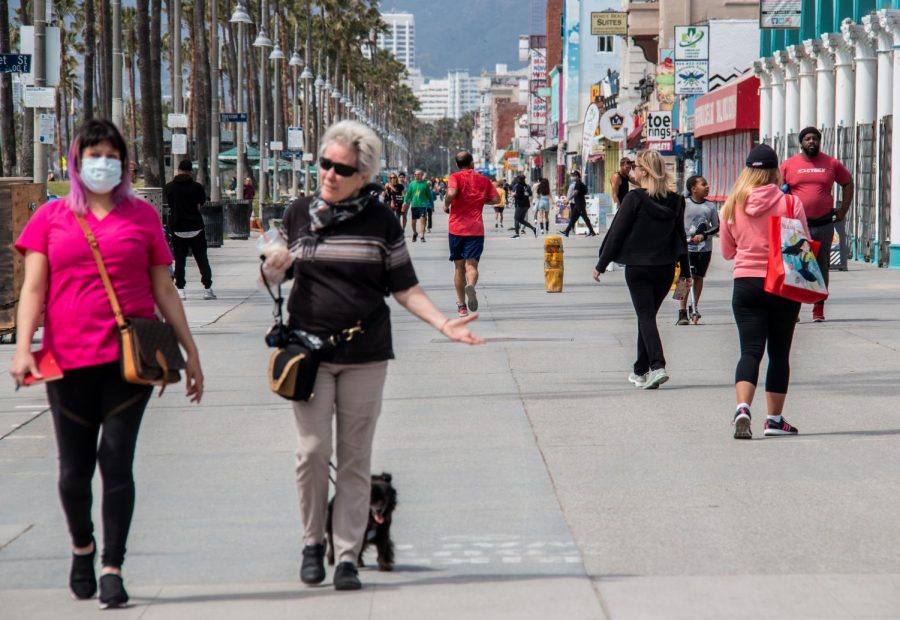 As the COVID-19 pandemic continues to spread, Los Angeles officials have urged citizens to stay home to slow the spread of the novel coronavirus.

With the “Safer at Home” order being issued by LA Mayor Eric Garcetti, people are urged to stay home unless either exercising or performing essential services. This order has been in effect since March 19.

In his speech on March 19, Garcetti addressed the people of LA by explaining the importance of “flattening the curve.”

“If we can slow the spread, we can buy days and when we buy those days that means that we can get ventilators and we can get beds and kits and masks and tests and this will save lives,” said Garcetti.

While most are acknowledging the order, some people do not have a home to go to.

On Hollywood Boulevard, Brian Medina, 47, continues to dress up in costume as Bane, the fictional supervillain that debuted in Christopher Nolan’s “The Dark Knight Rises,” despite the “Safer at Home” order. With the little income that it brings, Medina acknowledges the hard times.

“I live on the streets, I don’t have anywhere else to go,” Medina said. “I’ll be here until the National Guard kicks me out.”

According to the LA Homeless Services Authority in 2019, there were 49,521 homeless people in LA County. The county addressed the vulnerability of homeless people to COVID-19 by setting up wash stations across LA County.

As the virus continues to spread throughout LA, the government is taking stronger action to limit group gatherings. While people are still allowed to exercise, LA County Health Officer Muntu Davis signed a public health order that closed down all beaches, bike paths, piers, parking lots and accessways towards the beach on March 27.

According to the LA County Department of Public Health, there are 1,804 cases and 32 deaths in LA County as of March 28.

The “Safer at Home” order is set to last until April 19, when city officials will re-evaluate the situation.