Candidates for AS President and Vice President: Mariah Murray and Jocelyn Silva 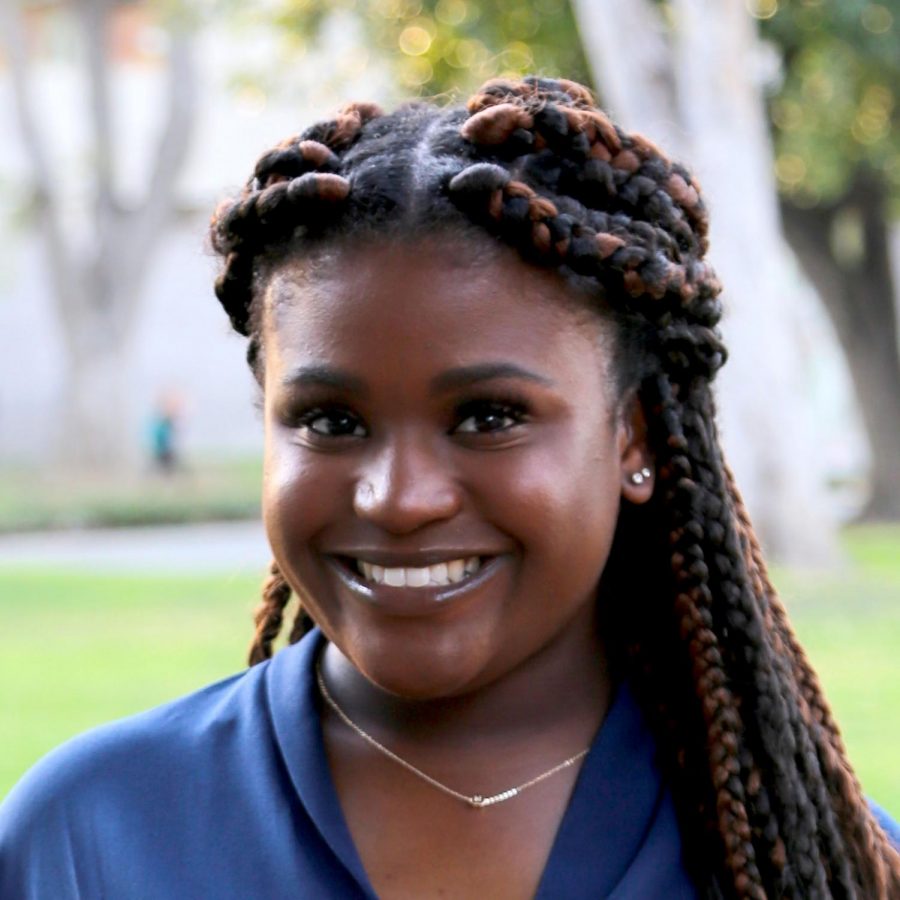 Mariah Murray and Jocelyn Silva are running an independent campaign in CSUN’s 2020 Associated Students election. The two psychology majors have an empathetic outlook on their approach to seizing the president and vice president spots.

“I wanted to be a doctor but there was no teaching of prevention, it was more like western medicine wants you to be sick,” Silva, a San Gabriel native, explained. “With psychology, with mental health, that fixes everything. When your mind is better, your body is better, there is less stress. I feel like I can make a difference in this major over biochem.”

As the only candidates who aren’t returning officers, the incoming seniors aspire to lead the student body to its greatest potential by bringing an “outside looking in” perspective to campus government. The running mates bonded over their “big personalities,” Murray explained, during their student housing experience their freshman year.

Presidential candidate Murray discovered her interest in leadership as a cheerleader at Rancho Cucamonga High School. According to Murray, the cheerleading team and high school associated student body were closely connected, so she got to see the inner workings of campus governance.

“I’ve always known it’s always something I can do, but I never took the initiative to do it,” she said, speaking on holding a student government position. “Once I met some of the people on the elections board while they were promoting running … I really started to look into it.”

Murray said she envisions herself taking the necessary steps to promote university-wide greatness if elected.

“Me and Jocelyn were discussing having something along the lines of ‘Motivational Mondays,’” Murray explained. “When we go on campus, yeah we’re here for a purpose, but sometimes as a freshman I would get right on campus and get right back on the tram and go home because the motivation just wasn’t there … graduation as a freshman just feels too far away as an incentive to keep you going.”

Their idea of morale to “get the fire going” on campus is a series of weekly-recurring events, in which students would be given free coffee with donuts, notepads or planners as an incentive to be genuinely excited for attending class.

Murray said that if she could give an incoming freshman a piece of advice, it would be to utilize all the resources that the campus has to offer. She wants students to feel comfortable exploring their options and believes that mental health is an important conversation worth having.

“One of the main things I’m going for is resources that campus has, and the way they deliver them,” Murray explained. “The fact that I’m going to be a senior and I’m still discovering resources that have been present since freshman year is a little bit ridiculous.”

Murray said her favorite campus resources are the counseling services and Learning Resource Center in the library, which she learned about in her University 100 class.

If elected as AS president, Murray would assist the university administration in the search to replace outgoing President Dianne F. Harrison. Her hypothetical model for Harrison’s replacement embodies student engagement efforts taken by her former high school principal, Cary Willborn.

“I want to see the future president walking in the USU, high-fiving people, making general appearances,” Murray said, reminiscing on the sense of inclusion Willborn ingrained in his students. “We want to see a connection with you. I want to see more than just a campus-wide email in a time of panic.”

On March 24, the AS elections committee held a public candidate debate over Zoom. Silva was not present for the vice president segment of the debate.

The moderators asked the presidential candidates what steps they would take to support students who fought for Assembly Bill 1460, if the bill were to fail. Murray responded that she would encourage those who felt discouraged to peacefully protest.

She also noted that she believes the ethnic studies requirement is important, adding that if people in power were to enroll in a Chicano/a, queer or Africana studies class they would benefit from the curriculum by having stronger cultural understandings.

“Furthermore, CSUN itself is a melting pot. So there’s no reason to take the opportunity to understand one another away,” Murray said.

If Murray could sum up her campaign in a single thematic word, it would be “refreshed.” In aim for the VP seat, Silva said her theme is “connectedness.” Together, the duo strives for a new sense of unity among students, staff and faculty.