Candidates for AS President and Vice President: Rose Merida and Deion Turner 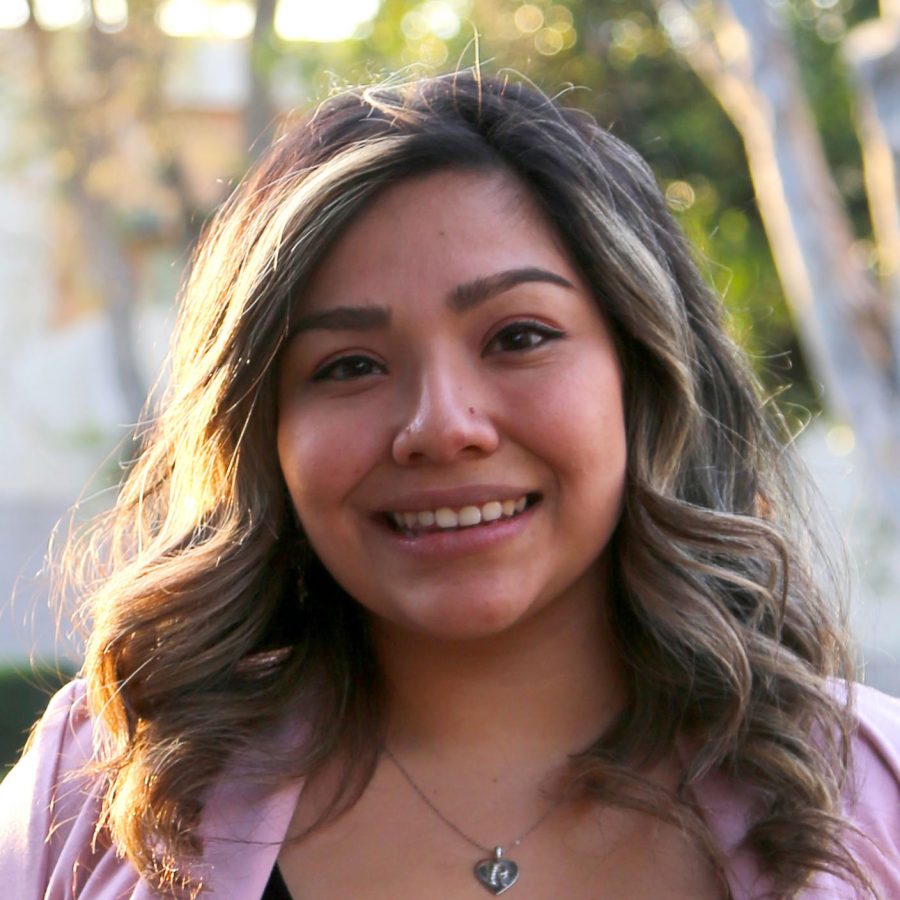 Transparency begins with starting conversations and building relationships, which is what CSUN students Rose Merida and Deion Joseph Turner believe.

Turner said they are both firm believers of working together and providing students with the resources they need. Merida hopes to use her platform as president to tackle issues such as increasing student involvement and transparency.

Merida attended Ernest Lawrence Middle School and Van Nuys High School. Growing up in the San Fernando Valley, Merida wanted to stay close to home and decided to apply to CSUN. Aside from its accessibility and affordability, Merida says choosing CSUN has turned out to be the most strategic choice she has made.

“People say, ‘Oh people go there because they have to go there.’ Little did I know that this school would give me so much, and now I’m a huge advocate for trying to change that stigma, that CSUN is just a commuter school, but it can actually change your life,” Merida said. “We have such amazing administrators and professors who genuinely care about their students.”

Turner graduated from Hamilton High School and is the founder of a nonprofit organization called Teens4Change, a pipeline for at-risk youth from different communities and providing them with experience and internships in law, entertainment, STEM, business and more.

“I think of CSUN as a team, so if any one of our team (members) is wounded, it is our responsibility to address that and be a part of those conversations,” Turner said. “There’s no reason why student leaders should not be active.”

“Being a part of Project R.E.D. overall it’s full of very active students — active students who want to build genuine relationships with others,” Turner said. “I think building relationships allows transparency because it allows genuine conversations to happen. I think that one thing Associated Students are missing, at least from the perspective of someone who was a part of an organization, is that there’s not a lot of genuine connection between AS and the student body.”

Turner is also the coordinator for the Black Student Union, a member of the Students of Color Coalition and Student Retention Initiatives Assistant in the USU for the program Black Male Scholars at CSUN.

“We’re an umbrella for a lot of different organizations at CSUN, it allows me to connect with so many different students,” Turner said. He said that he was often the only black student at USU meetings. “I really do recognize how crucial it is for me to be a voice for those black students.”

While being a part of numerous clubs and organizations, Merida is pursuing her master’s degree. Merida said her most rewarding experience was being a part of AS last year as vice president.

Merida took a break from AS to focus on her mental health and educate herself on other areas on campus, however that didn’t halt her involvement on campus.

“I wanted to better learn what the campus needs and what I can do best, to serve them and to understand the leadership’s perspective, let’s understand all the students at large,” Merida said. “I do have a lot of ideas, but I also do want to say that I don’t want it to be just about me, I want it to be about us.”

Turner and Merida hope to connect to students far more than on social media.

“I think it’s really crucial to not rely just on a piece of paper (flyer) or an Instagram post, but really make an effort to talk to the students, having conversations and connecting with them,” Merida said. “I think the way I would help to reach out to these students is honestly word of mouth. I think it’s really important to take time and step outside your office and go to these classes and ask for their opinions.”

“I think it is really important for us student leaders to really understand our audience and understand their circumstances,” Turner said. “I understand that everybody uses email so I would hope to connect with them that way.”

Turner hopes to provide students with the proper equipment they need to continue their education at CSUN.

“I think it’s important that we at AS are advocating for students to be able to rent this equipment not just from the Oviatt, but coming into CSUN and saying ‘How can we best benefit you?’ Our platform is part of our slate name, so trying to figure out equitable ways for students is ultimately the most important thing,” Turner said.

“Every meeting that I go into, I remind our faculty, staff and administrators that we are in higher education for a reason and ultimately inspire different kinds of students but also increase more inspiring people,” Turner said. “You (students) are our representation, there is no student leadership without students.”

Editor’s Note 3/31: The article has been updated to clarify the candidate Deion Turner’s quotes.