Candidates for AS President and Vice President: Leslie Aguirre and Alex Aquino 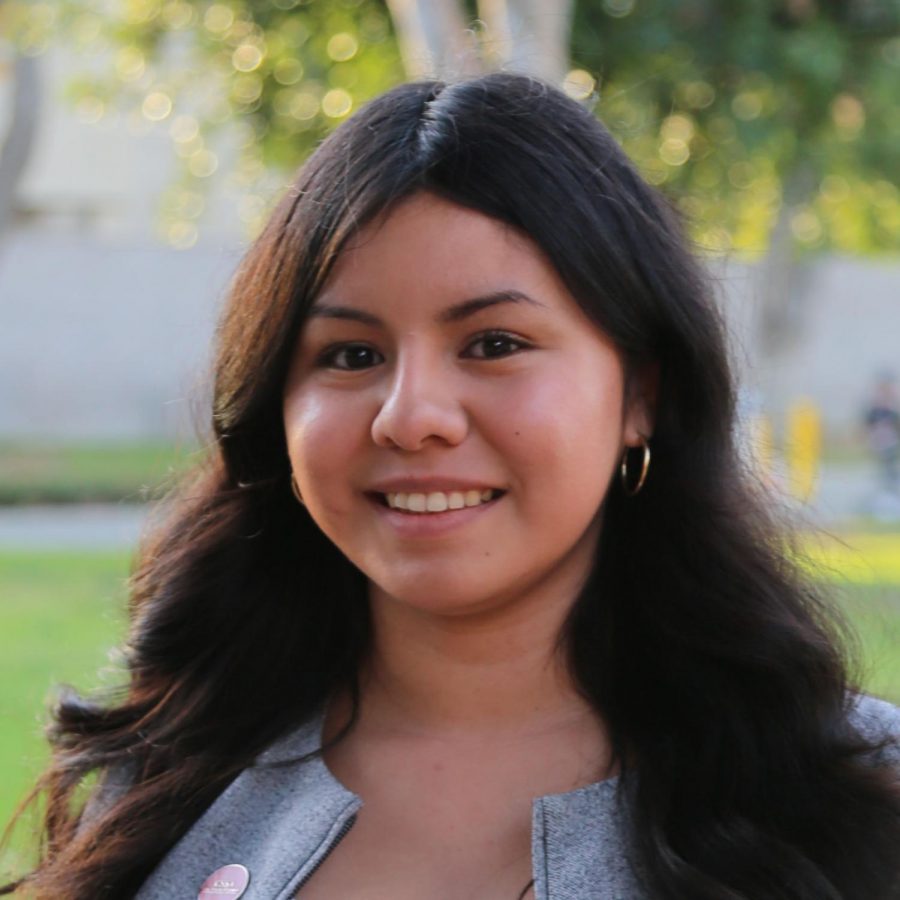 Leslie Aguirre and Brenda “Alex” Aquino are running for Associated Students president and vice president under the “New Beginnings” slate. Aguirre is the former AS chair of Legislative Affairs and Aquino is an AS senator for the College of Arts, Media and Communication.

Aguirre first thought about a potential run for president a year ago when one of her friends, Senator for the College of Humanities Michael Meeks, ran for president and lost.

She felt that her experience equipped her with the tools for a successful presidential bid.

“That background made me think, ‘Okay, I know this much about elections and in a way, I know how to run an effective campaign. I would like to try and do that,’” Aguirre said.

Aguirre made the decision to run for president in October. The early decision, she said, allowed her to identify problems in AS and consider solutions she could enact as president.

“I really wanted to guide myself into different areas on campus,” Aguirre said. “So that way I could gain that experience and actually be a good president once I win.”

Both candidates said that their backgrounds as people of color from underserved communities inform their mission as student leaders. Aguirre is the daughter of immigrants from El Salvador, while Aquino spent a good part of her childhood in a small town in Mexico, before returning to the United States.

Aquino said she felt that this was the right moment for her to better effect change by becoming a more prominent student leader.

“You know, when you feel like you’re ready to do something in life? I’ve already been a senator and I know what the issues are right now in AS, but I don’t have enough power to go to the level that I wanted to be on the issues,” Aquino said.

Some of the issues Aquino hopes to work on as vice president involve the current COVID-19 pandemic, food insecurity and homelessness.

One of Aquino’s goals is to provide more resources to students, but both candidates maintain that bringing about big change is a process that can span more than one presidential administration. They hope to steer AS in the right direction for the long run.

She cited her own work with the campus food pantry this year.

“The food pantry needs a larger space so they can provide better resources for students and that takes a long time. You can’t just say ‘I’m going to do it this semester. It’s going to happen this semester.’ It takes at least one or two years to provide those resources,” Aquino said.

Aguirre and Aquino have shied away from punctuating their campaign with a single flagship policy promise. “New Beginnings” has prioritized three tenets: access, empowerment and advocacy.

“I think what is unique about our campaign is that we don’t have one thing that we put on top of our list,” Aguirre said. “When we were coming up with our values, it was about seeing, unilaterally, how many things can we tackle within these different respects to make sure that it is better for students.”

The 21-year-old Van Nuys resident said she is running for president specifically because of the position’s ability to set the agenda for AS as a whole.

“The president really gets to be that person who sets the agenda and says, ‘These are the things we are going to be handling,’ there are a lot of things I feel like have not been particularly handled well,” Aguirre said. “One of the things is the discussion around ethnics studies.”

“Seeing how that conversation has progressed over the last three years and now that I’m a junior, not much has really changed,” Aguirre said. “That’s an example of something I saw throughout my time as a student and want to bring on to the agenda to make it important.”

The pair plans to bring student activist groups, like the Students of Color Coalition, into the fold.

“Really wanting to have meaningful conversations with them, being honest, being very deliberate with what we want to do to help them, will be very important,” Aguirre said. “Because the last thing we want to do is to promise something and then in the end, continue to push them away even more.”

She wants to work to make sure state-level legislative advocacy includes the voices of the student groups on campus.

Referencing AB 1460, a bill aimed at implementing ethnic studies requirements at all CSU campuses, Aguirre talked about potentially introducing legislation that has the blessing of activist groups on campus.

Before resigning earlier this month, Aguirre was an appointed member of AS President Diana Vicente’s cabinet, serving as chair of Legislative Affairs.

Aguirre said she resigned to look after her mental health, citing personal disputes with the leadership. However, Aguirre doesn’t want her resignation to be a source of skepticism about her commitment if elected president.

“My advocacy has always been consistent. Immediately after leaving that space, I wanted to continue doing advocacy so I went to go work for Assemblymember Jesse Gabriel, where I’m still learning how to be an effective leader and learning to be someone who speaks up for others,” Aguirre said.