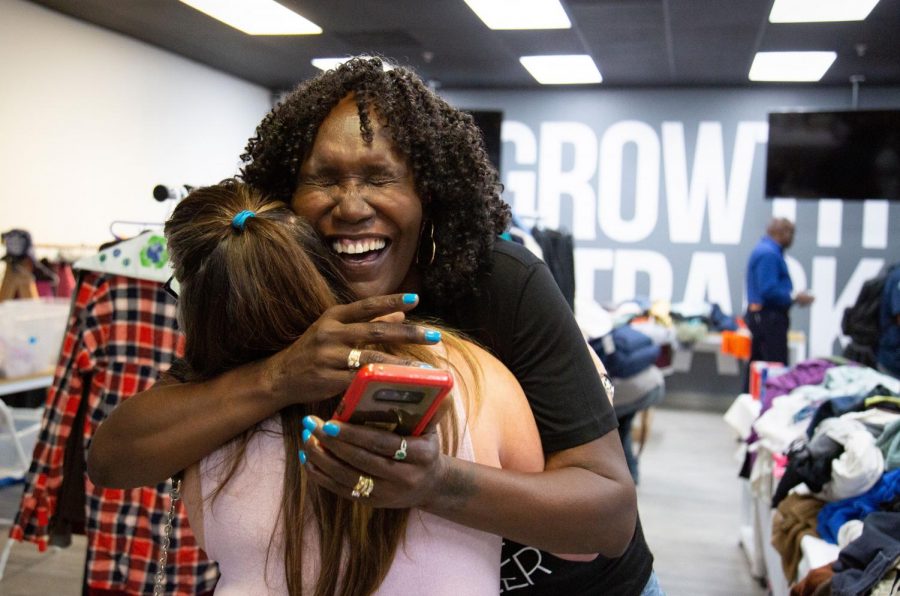 Pastor Kathy Huck and founder of About My Father's Business, a homeless outreach ministry, embraces someone at Homeless Connect day on Feb. 20.