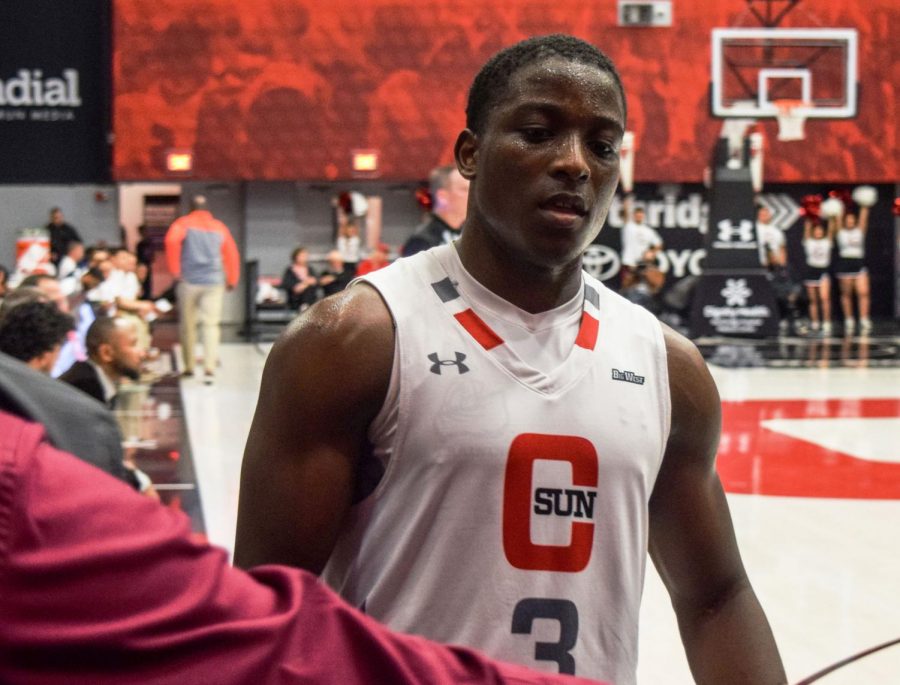 CSUN's point guard Terrell Gomez announced on April 1 that he has entered the NCAA transfer portal.

The CSUN men’s basketball team may look a lot different next season. Two-time All-Big West point guard Terrell Gomez announced on April 1 that he has entered the NCAA transfer portal.

“I want to have a better chance of winning,” Gomez said via a Twitter direct message. “A bigger stage to showcase myself.”

According to Gomez, he is considering those four schools the most at the moment because their head coaches have all reached out and shown genuine interest in him.

It’s clear to see why Gomez is highly sought-after. Despite only standing 5-foot-8-inches tall, he plays with the heart and mentality that he cannot be stopped, and it translates on the floor. Gomez led the nation in free throw percentage last season after he shot 95% from the line and averaged a conference-leading 19.8 points per game in 37.1 minutes per game en route to helping the Matadors secure the No. 2 seed in the Big West Tournament, which was eventually canceled due to the ongoing COVID-19 pandemic. He scored in double figures in all but one game and was fifth in Division I with 111 3-point field goals made.

For the past three years, Gomez has been the face of Matador basketball. In March, Gomez and his teammate Lamine Diane both became the only players in program history to be selected to the All-Big West First Team twice. Gomez also holds the CSUN record for most career three-pointers (293) and is currently fourth on the all-time scoring list with 1,637 points, just 322 points behind current record holder Stephan Hicks. He is also top 10 in career scoring average, minutes and games started.

“It was tough (to enter the transfer portal) because I made history here and have a chance to make more,” Gomez said. “But history doesn’t matter if you don’t win.”

Gomez isn’t the only Matador who is looking to transfer, as guards Elijah Harkless and Alex Sokol have also entered their names in the portal. Senior guard Rodney “Rocket” Henderson Jr., who redshirted last season, will be transferring to Rider University in New Jersey, where he will be eligible to play immediately as a grad transfer.

Gomez has also tweeted “don’t count CSUN out” on April 1. He said he would consider a return to CSUN if they could bring in more players to replace the pending departures of Diane and Harkless.

Stockrisers.com originally reported that Gomez was looking to make a decision in three to four weeks, although Gomez now says that he is unsure about the time frame.