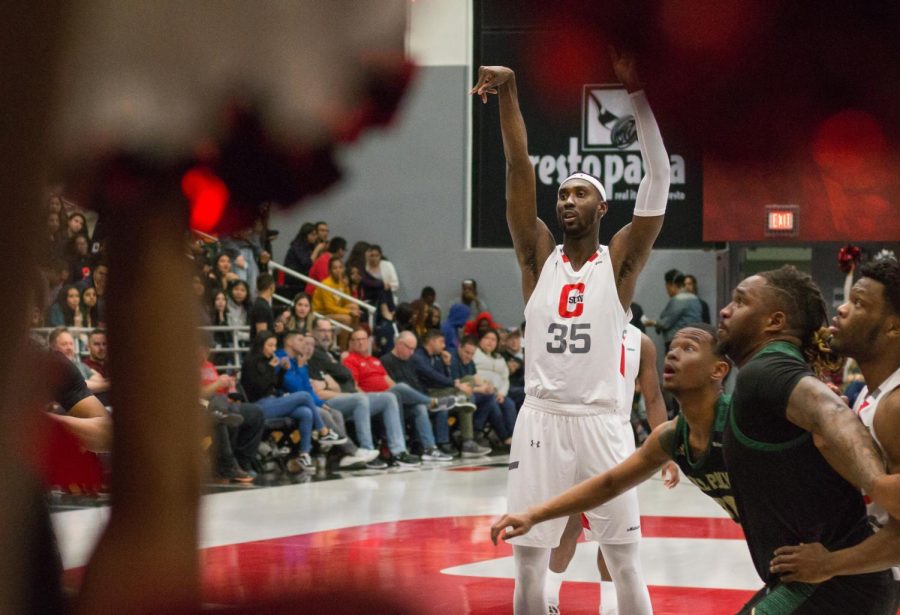 CSUN redshirt sophomore Lamine Diane has entered his name into the NBA Draft according to his Instagram post today.

“Thank you to everyone who has been a part of the journey so far,” his post read. “I am thankful for my time spent here in the Valley and the fans who made the games in The Matadome sensational.”

Diane arrived in Northridge from now-defunct Findlay Prep in Henderson, Nevada by way of Dakar, Senegal. He leaves the Matadors ranked ninth on the school’s all-time scoring list with 1,304 career points scored and is also ranked second all-time in blocks (110) and fourth in double-doubles (34).

After missing the first 11 games last season due to being academically ineligible, Diane made his sophomore debut in late December and averaged a school-record of 25.6 points per game, which would’ve made him the third-highest scorer in the nation if he had played enough games. Diane also averaged 10.2 rebounds, two blocks and 1.7 steals per game en route to his second consecutive Big West Player of the Year selection.

The National Association of Basketball Coaches also designated him to the All-District IX team for the second time in March. Other accolades earned by Diane include Honorable Mention AP All-American, Big West Freshman of the Year and Newcomer of the Year for the 2018-19 season.

Diane’s decision came just hours after junior guard Terrell Gomez announced his transfer from CSUN to San Diego State. The pair became the only two players in program history to be named First Team All-Big West on two separate occasions after leading CSUN to a 10-6 conference record and the No. 2 seed in the Big West Tournament, which was canceled before it even began due to the COVID-19 pandemic.

Diane’s high level of play has caught the attention of NBA scouts and if it can translate in the league, then he will undoubtedly make some teams extremely happy. Keep an eye out for Lamine Diane on June 25.