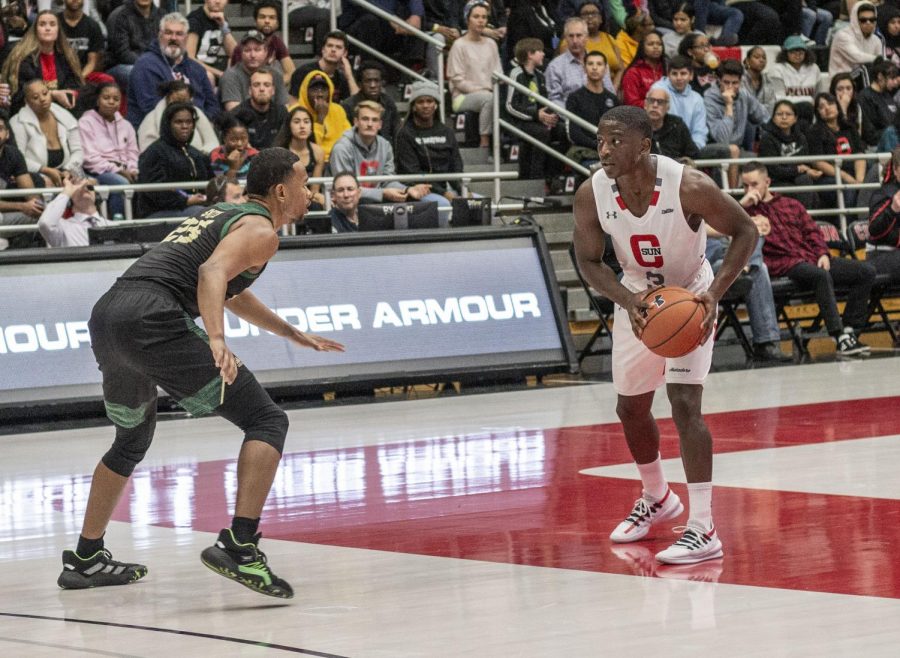 Six days after entering the transfer portal on April 1, junior Terrell Gomez announced on Twitter that he will play his senior season at San Diego State.

The third-leading scorer in CSUN history has decided on the next chapter of his basketball career. Six days after entering the NCAA transfer portal on April 1, junior Terrell Gomez announced on Twitter that he will play his senior season at San Diego State.

Gomez attracted interest from some of the more well-known programs in the nation, including Arkansas, Iowa State, Washington State and Gonzaga. Some speculated that Gomez would jump to a Power Five school, but he ended up moving to another mid-major as the Aztecs play in the Mountain West Conference.

“I feel like we will be just as good as a Power Five team,” Gomez said. “We are considered a mid-major but it’s a high-major setup.”

San Diego State head coach Brian Dutcher was the first person to call Gomez when he entered the portal, with Gomez adding that Dutcher “dissected” him and knew a lot of things about him in detail, which showed the junior guard that the Aztecs coach genuinely wanted him.

San Diego State is coming off a 30-2 season, their second-best record in school history behind the 2010-11 team led by Kawhi Leonard. This generation of Aztecs was led by guard Malachi Flynn, who averaged 17.6 points per game. Flynn is being looked at as a potential NBA prospect.

Gomez will also be reuniting with an old friend, Adam Seiko, at San Diego State.

“Me and Adam Seiko played AAU together. We are really good friends,” Gomez said. “I feel if I were to play with Malachi Flynn, we would have the best backcourt in the country.”

Gomez conceded that he’s not sure if next year’s Aztecs team will match last season’s record, but he knows that the team is capable of being just as good and likes the momentum of the program.

Despite moving on, Gomez looks back fondly on his time as a Matador and is grateful for the experience.

“I want to thank Reggie Theus and the staff for recruiting me when no one wanted me,” Gomez said. “I would like to thank Mark Gottfried and the staff for giving me the green light. Shout out to all the people I made relationships with at the school.”