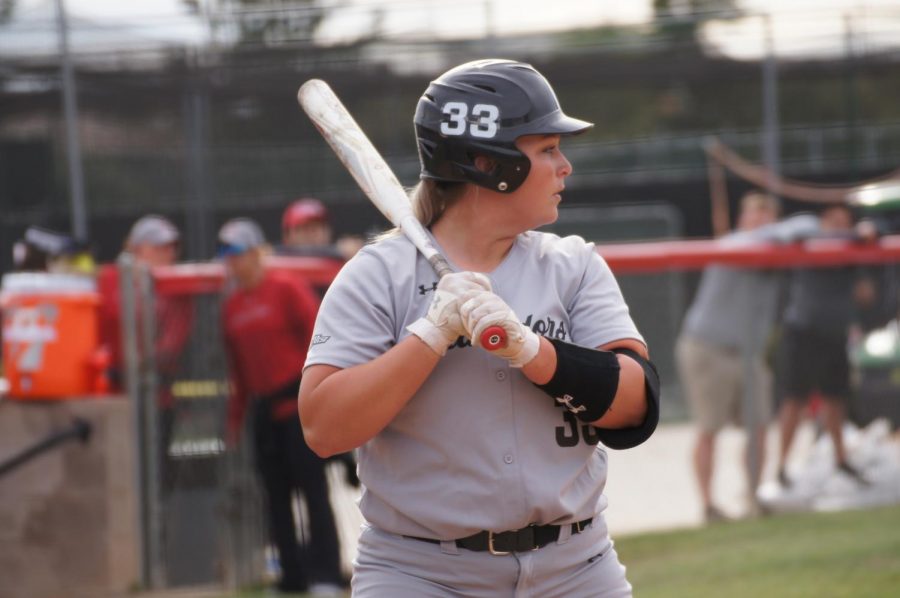 Senior Megan Stevens up to bat against No. 21 University of Central Florida on March 9. She went 1-for-2 that day producing one of the two Matadors hits.

Spring athletes across the country felt the effect of COVID-19 when their seasons were cut short amid the outbreak, which escalated into a pandemic. A few sports were about to start their conference play, while others were about two weeks away from that point.

On March 30, the National Collegiate Athletic Association Division I council granted an extra year of eligibility to all spring sport athletes. This includes everyone, not just seniors whose careers would have ended due to the pandemic.

This is only for sports that primarily compete in the spring. These sports are: baseball, softball, tennis, golf, outdoor track and field, lacrosse, rowing, men’s volleyball, beach volleyball and women’s water polo.

The Ivy League, according to Yahoo Sports, denied graduate eligibility for the seniors whose careers have now been officially ended by COVID-19.

Schools usually have a specific amount of funds that they can use for scholarships distributed among different sports. Limited scholarship funds would affect the team’s ability to fill an entire roster. In this case, the athletes and their families will need to decide if it will be worth it to come back financially.

According to a statement by the NCAA, they have adjusted financial aid rules to allow teams to carry more members on scholarship to account for incoming recruits and student-athletes who had been in their last year of eligibility who decide to stay.

In an ESPN article, it mentions that the NCAA board of governors voted unanimously to distribute $225 million to Division I schools in June.

Many schools are trying to figure out how it will work financially before announcing whether or not they will extend eligibility, even with the money distribution from the NCAA.

Many were questioning whether or not the NCAA was going to extend this to winter sports, such as basketball. But after discussion, the NCAA declined to give winter athletes an extra year due to the fact that many of their seasons were already over before the cancelations.