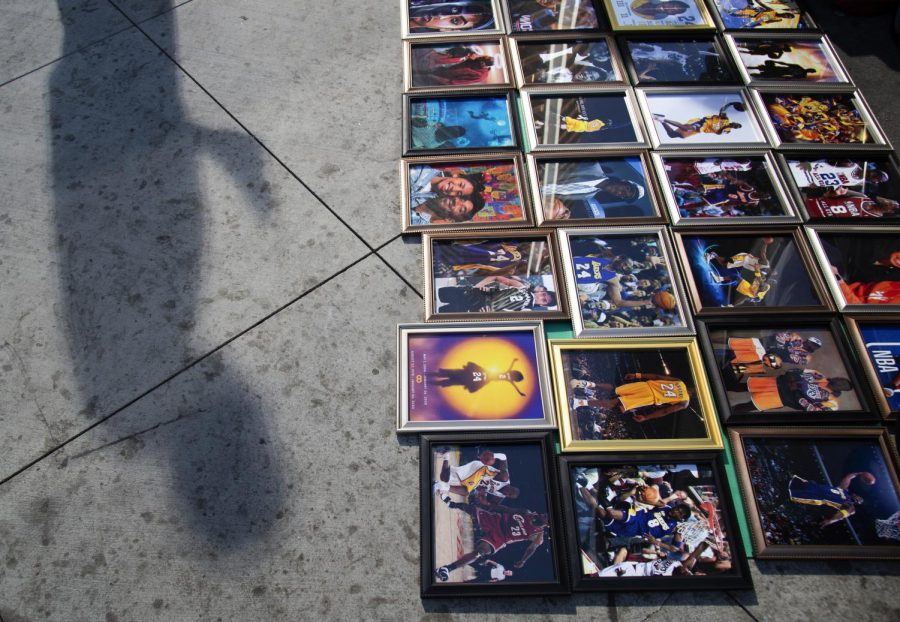 Fans lay out photographs of Kobe Bryant throughout his career outside The Staples Center days after he died in a helicopter crash.

The late great Kobe Bean Bryant will be inducted into the 2020 Basketball Hall of Fame. This year’s class will also feature Kevin Garnett and Tim Duncan, making it arguably the greatest Hall of Fame class of all time.

During Bryant’s legendary career, he helped lead the Los Angeles Lakers to five NBA championships, earning two NBA Finals MVPs along the way. He was a 17-time NBA All-Star, 12-time All-Defensive team, and nine-time All-Defense first team. Kobe won two Olympic gold medals with team USA in 2008 and 2012. The highest point of his career though may have been when he scored 81 points in 2006 against the Toronto Raptors, the second-most ever scored by a player in a single game behind only Wilt Chamberlain’s 100 points.

Bryant was named MVP for the 2007-08 season. Other achievements from his legendary career were when he won the slam dunk contest in 1997 and received the 2018 Academy Award for best animated short film for his film, “Dear Basketball.” Bryant accomplished many great things, on and off the court.

Bryant was an idol and role model to me, along with millions of other people. I was fortunate to attend a Kobe Bryant camp in 2011. The camp started with the campers doing different dribbling, shooting and defensive drills. After lunch, we would scrimmage in our different age groups. The winner advanced to verse the other winning team, and the losing team would verse the other losing team. After the scrimmages were done and we had dinner, we went back into the gym to listen to Bryant speak to us, or listen to a guest speaker. Once, he brought former teammate Matt Barnes to the camp, and Bryant picked four campers to play 3-on-3 with him and Barnes before more campers went on the court to play a game of knockout.

The camp was four days long, where Bryant showed up to the camp every day, spoke to the campers, helped the coaches with drills, and watched some of the scrimmage games as well. Bryant signed autographs on the last day of camp so I gave him my Lakers jersey to sign, and to this day, it is the most memorable event in my life.

It is heartbreaking that Kobe Bryant will not be able to give the Hall of Fame speech that he, his family, and millions of fans were waiting to hear. It is heartbreaking that he can’t receive the Hall of Fame honor in person. He was the reason I fell in love with the game of basketball. Every time I picked up the ball, my mind went to him; the Mamba Mentality, hard work, 4 a.m. practices and his will to win.