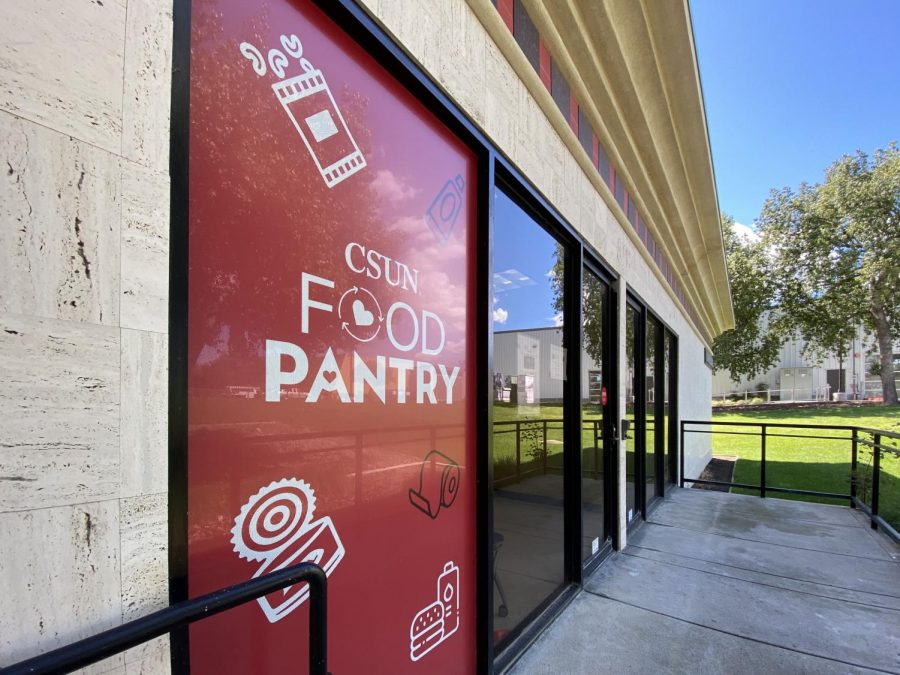 The CSUN Food Pantry remains operational through the campus closures.

“Guys, it’s time,” I said, as I turned to my roommate after assessing my food situation. For the past couple of weeks, I watched as my pantry shelf became more bare, the line of food receding faster than a middle-aged man’s hairline.

In my mind, as long as I had instant ramen, I’d be fine. College had taught me well, nearly preparing me for this moment of food instability. Not to brag, but no two bowls of Top Ramen ever tasted the same.

Yet, I knew that at the end of the week, I couldn’t just go out for more provisions. My money was being spent on bills and rent, and soon enough I’d be struggling to afford my living situation. So, for a week, my daily routine included checking the CSUN Food Pantry Instagram, waiting for them to post a story of their operational hours.

I had missed the previous week, as the days blurred together and my sense of time lacked any sort of foundation. It was a struggle even just eating, which is perhaps how my supply of food had lasted nearly a month without me going grocery shopping as often as I had. Gone were the days of me shopping in Vons, picking up my weekly supply of tomatoes and jicama. Now, Tuesdays had become my favorite day as I eagerly awaited my roommate’s weekly fresh produce delivery to see if my part of the order had been fulfilled, almost always disappointed as another week went by that I couldn’t feed my cravings.

One of my roommates suggested a grocery store run, but my finances said no. I could survive for a while longer, I just needed some help. So on Tuesday night, when I saw the hours posted, I made sure we’d go to the food pantry the next morning.

Wednesday morning, I woke up, ready to pick up some sustenance, and went to the living room to find my roommate.

And so that night, we set several alarms before heading to bed, ensuring we’d make it between the hours of 11 a.m. and 2 p.m.

Thursday at 1 p.m. I finally managed to wake up, face-timing my roommate from the bed, groggily asking her if she was ready. “I’ve been up since 11, let’s go already.”

We grabbed our reusable bags, our CSUN IDs and our face masks. I had never expected to wear a mask outside of a rave, but here we were, new world order and all.

Looking like two bandits, we drove off with the promise of returning home with a bounty of food. The sun was shining, the clouds were perfect, and the world was quiet. At the stoplight, I made eye contact with the older man in the car beside us, and tried my best to smile with my eyes, letting him know it would all be okay. Because it would be okay, if only we could believe in each other to practice social distancing.

It had been a month since I last visited the food pantry, with a roommate that went home shortly after. Back then, we were able to go inside and act as if the situation was still normal.

Now, we walked up to a tent stationed outside, with one worker and several boxes of food. We were told by the masked worker to line up, six feet apart according to the blue tape on the floor, and recite our ID number from afar. No one else was around, which was lucky for us because limiting our exposure to other people had been our day one goal as a household, when we decided that staying together in Northridge made more sense than going home to our families.

She lined up food on the table in front of her, telling us we could pick any of the items, but avoid touching anything we didn’t want. My eyes wandered over the food as she spoke, picking out my favorites before stepping closer. There was tuna, pasta, tomato sauce, a package of Oreo Thins that in any other situation would be laughed at but seeing as how I hadn’t had an Oreo in weeks any size would do, and a Nature Valley bar.

I grabbed my items, carefully considering if I needed the food as much as the next person, but with no end of quarantine in sight, I made sure to grab everything, leaving behind only a can of green beans and that crumbly granola bar. I completely ignored a box that looked as if it was a prop, before the worker told me a kid had drawn on it when he donated it, and I immediately placed it in my bag because of the utter happiness that cheese brought me and for the smile that kid put on my, a complete stranger’s, face.

I stepped aside as my roommate made the same progress, watching as she too sidestepped the Nature Valley bar, for we both knew that the world would have to be ending before we voluntarily picked one up for a snack.

On the way to the car with the goods secured, we acted like kindergartners trading lunches, saying, “Aw man, I’ll trade you my tuna for your oatmeal.” And with a “Deal!” I inherited one more can of tuna. To say I’m tired of tuna at this point in quarantine is an understatement, as I stare at the four pound can of tuna sitting in the corner that I panic bought at my last Walmart trip. But I think it’s safe to say that with an expiration date of 2021, it’ll last longer than the quarantine, and if that’s all the food security I get, then that’s enough for me.

When we got back home, we put the food aside, saying we’d let it “air out” and went about our day. Tomorrow marks a week since my experience, and I’m setting my alarms again because history repeated itself as I woke up too late to attend Wednesday’s hours.

But if you’re going on Thursday, maybe I’ll see you, and make sure to smile behind my bandana as we do our best to survive during these times.