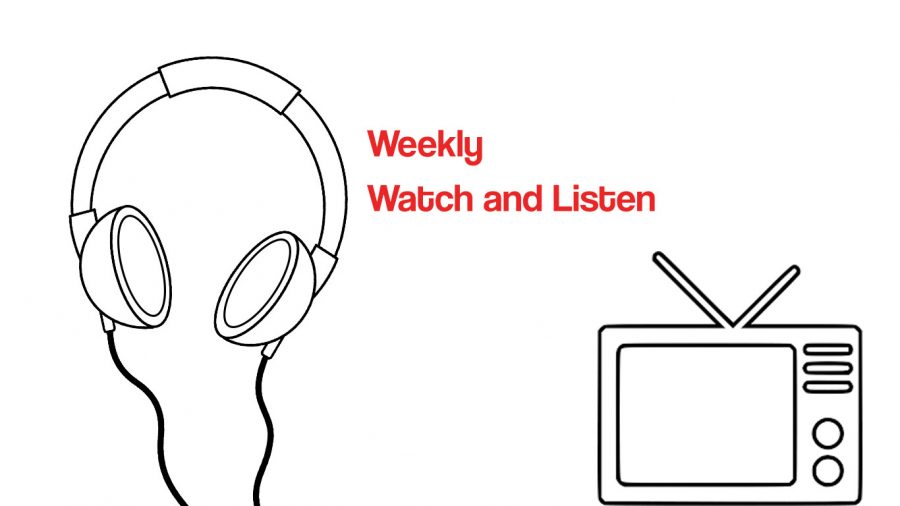 As the world continues to stay home and quarantine due to the COVID-19 pandemic, there has never been a better time to watch movies and television series and listen to music and podcasts.

“Bad Education”
From the director of the unappreciated 2017 movie “Thoroughbreds” comes Corey Finley’s next movie, “Bad Education.” Based on real-life events and starring Hugh Jackman, the movie is about the single largest public school embezzlement scandal in history that happened at Roslyn High School in Long Island.

The movie premieres on HBO on April 25.

“Let’s Go Crazy: The Grammy Salute to Prince”
It has been four years since the music icon Prince passed away. CBS put together a tribute concert that was filmed before COVID-19 stopped all music concerts. The tribute show is hosted by Maya Rudolph and features performances from such artists as Beck, Common, Earth, Wind, & Fire, Foo Fighters, John Legend, Usher and many more.

It originally premiered on April 21, but it will be broadcasted again on April 25 on CBS and it can also be viewed on CBS.com.

“Cooked with Cannabis”
If you didn’t get enough weed entertainment for this year’s 4/20, check out “Cooked with Cannabis.” This is a reality cooking show, hosted by musical artist Kelis and chef Leather Storrs, where contestants create weed and CBD-infused dishes for a chance to win $10,000. This is the second show that Netflix has aired about cooking weed. The first was “Cooking On High” in 2018.

All six episodes are available on Netflix.

“Beastie Boys Story”
Apple+ put out mediocre content when it launched last year. The past few months, however, the new streaming service has seemingly found its stride, especially in documentaries. “Beastie Boys Story” is written and directed by acclaimed director Spike Jonze. The surviving members of the Beastie Boys, Mike Diamond and Adam Horovitz, share details on the history of their band and their friendship with Jonze. The documentary was supposed to premiere at SXSW but due to the event’s cancellation due to COVID-19, it was pulled. The documentary premieres on Apple+ on April 24.

It is available to watch on Netflix.

“Fetch the Bolt Cutters”
Fiona Apple is back with her fifth album, her first release in eight years. Epic Records originally wanted Apple to release the album in October, but she said no and pushed to release the album early for the benefit of music fans who are under self-isolation. She recorded the entire album in her home which was made into a studio. “Fetch the Bolt Cutters” has received universal critical acclaim and as of April 23, it is the highest-rated album of all time on Metacritic. While the album is not an easy listen, there is brilliance throughout it.

“Fetch the Bolt Cutters” is available on all music streaming services.

“Lights Out”
A brand new podcast from the Mile Higher Podcast Network comes with a story-driven true crime show. Every Friday, host Josh Thomas takes you through a dark story, case, or event ranging from cults, hauntings, serial killers, and more. It is recommended that the listener turn the lights off, sit back and relax. The first episode is available on Stitcher, Apple Podcasts, Spotify and even YouTube.