Protesters speak out against stay-at-home orders in Downtown LA 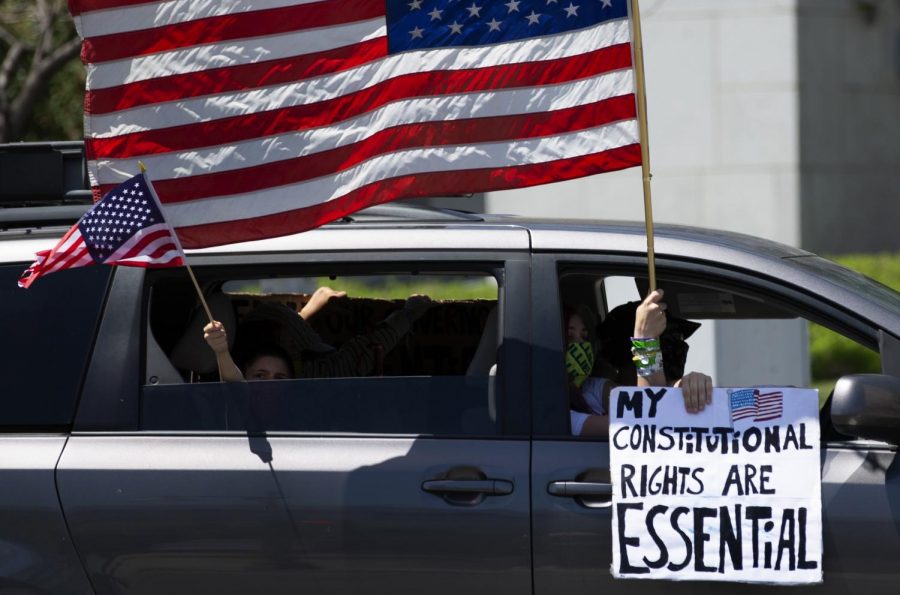 Protesters share their frustrations regarding stay-at-home orders holding signs and flags outside their vehicles.

Many of the protesters appeared to be supporters of President Trump, as they brought Trump memorabilia and were wearing the president’s merchandise.

The protesters chanted “Give me liberty, or give me death” while honking their vehicles’ horns as they circled City Hall.

While chanting for more freedom, few participants wandered the streets outside their vehicles.

Wednesday’s protest was part of a series of nation-wide protests, called Operation Gridlock.

According to ReOpen America’s Facebook page, which was previously public but has now been made private, another series of nation-wide protests against the shut-downs is expected on May 1.