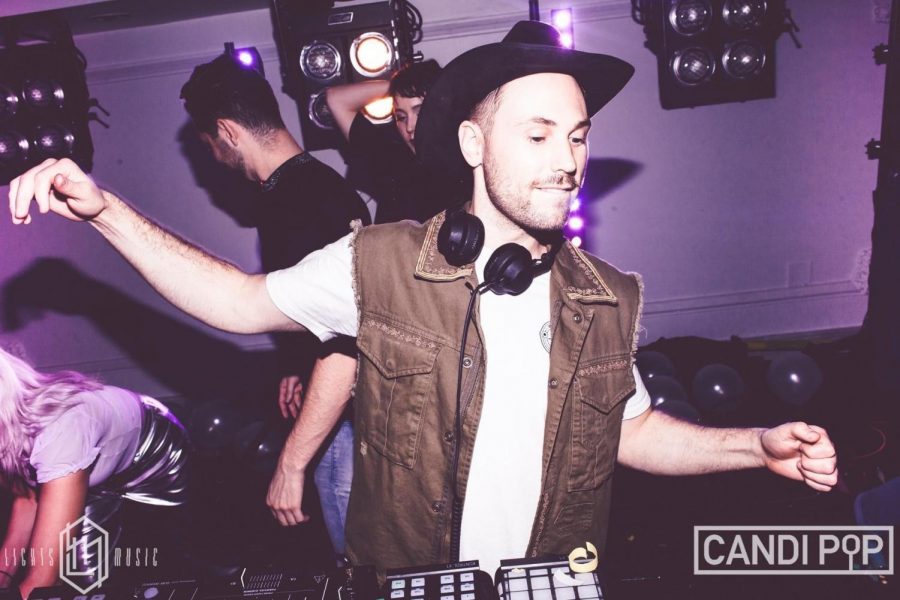 Friday nights in Los Angeles used to be a prime time for parties, clubbing, nightlife and fun for college students. However, all that changed when COVID-19 took over in early March. While stay-at-home orders in LA remain in place, non-essential business doors remain closed as well. Retail businesses continue to ship products around the world, and barbers have resorted to house-calls. On the other hand, nightclubs have had to learn to keep the party going — online.

For Candi Pop, a glittery, bubblegum-pop dance party presented by the Lights & Music Collective, the pandemic has turned the once-a-month dance party at The Satellite in LA into a weekly livestream DJ set on popular streaming service, Twitch. Co-creator of the party, Andrew Verner, reflected on LA nightlife’s new normal and what that means for Candi Pop and other clubs around the nation.

Let’s start with: What is Candi pop? How was it created? Who created it?

Candi Pop is a dance party/experience/movement that was started by friends and DJ partners Joel Albers and Andrew Verner based on the music they love. When we started this party, the only music you could hear on dancefloors and in clubs was either hip-hop or EDM, and it seemed like every DJ was trying to play serious, “cool” music. We noticed that when we were just with our friends at someone’s house, the music we all wanted to dance and sing along to were bubblegum-pop jams from the ’80s/’90s and modern-day artists. Stuff that no DJ at the time would be caught dead playing. So in a way, Candi Pop was created out of necessity.

What makes you different from other dance parties in LA that have moved over to virtual platforms?

Like many other DJs and parties, we were completely caught off guard with the sudden changes that came from the COVID-19 pandemic and had to shift gears quickly and learn a whole new set of skills. Although we’ve only just begun throwing internet parties, what has always separated us from the others has been our attention to detail, our commitment to making the best experience possible and our absolute love for the genre that we play.

How does your Twitch dance party work?

That’s something we’re still working on\; so far, it’s been us with some funky lighting and fog playing the music we love and that our fans know us for. Now that we’ve gotten the hang of it, we have some ideas and new things in store that we’re really excited about that we will debut soon.

Why do you think it’s essential to have social activities like these still while people are at home?

Being stuck at home, it’s really easy to feel like you’re alone in all this and the only one feeling the way you are, but the reality is we’re all feeling this at the same time. The entire world is in this together, and it’s important that we’re reminded of that. Getting online and having a virtual dance party with your friends and us reminds you that you’re not alone and hopefully can give you a bit of distraction from the state of the world, even if it’s just for a few hours.

When stay-at-home regulations lift, do you think club culture will change in any way? Why or why not?

That’s something that we and every other person in this community, DJs, club owners, promoters and fans, have been asking ourselves, and we don’t think there’s any clear answer yet. We would like to believe that one day, things will just open up and immediately go back to normal, but there’s a good chance that they don’t, at least not for a while. Though club culture has been through a lot of ups and downs since its inception, there’s no reason to think that it won’t weather this storm eventually.

Is there anything I have not asked you that you want to mention?

Just that Candi Pop will be live on Twitch at twitch.tv/lights3music doing its thing every Friday for the foreseeable future and hopefully giving our community something to hold them over until things start to get back to normal. We hope that everyone stays safe and sane, and remember that we’re here for you and can’t wait to see you all again!