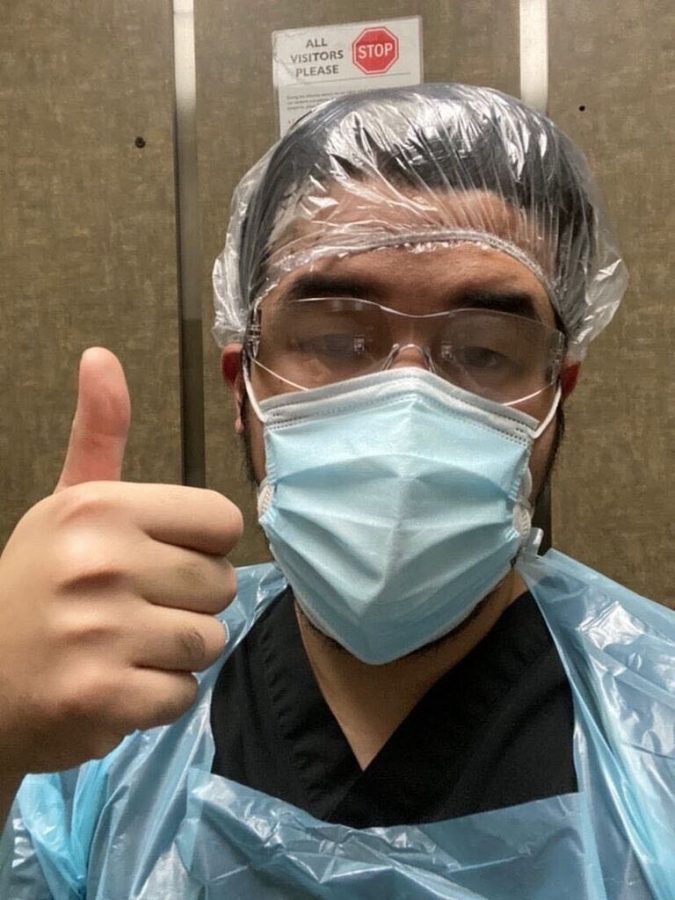 When three patients and seven staff members tested positive for the coronavirus at a skilled nursing facility in Beverly Hills, Kane Dinsay, a physical therapist assistant and CSUN alumnus, decided to continue going to work even after being exposed to the virus.

“I really love what I do and I love going to work. I’m not afraid of (the coronavirus) because I’ve already been exposed and I know I’m following protocol,” Dinsay said.

Although Dinsay tested negative, he and his department were still given the choice by their director to stay home.

According to Dinsay, the facility currently has 50% less patients than their regular capacity allows and is no longer accepting new patients. Although the protocol is safer for patients at the facility, it has decreased Dinsay’s weekly hours from 40 to between 24 and 30 hours. He is considering applying for partial unemployment.

Dinsay’s daily routine with his patients has had a drastic change in order to ensure everyone’s safety. He mentioned that the gym at the facility has been closed for safety reasons.

This has led him to come up with new activities his patients can do for therapy, such as gait training, transferring between bed and chair, teaching them to wash their hands properly, and putting on masks. He also makes sure to schedule FaceTime call dates for his patients and their families.

On March 30, the California Department of Public Health ordered all skilled nursing facilities to accept patients who may or may not have tested for COVID-19 in order to make more space in hospitals even if the facility was inadequately prepared.

Outcries from medical workers made the CDPH change the order, according to several reports. As of April 24, skilled nursing facilities should still expect COVID-19 patients from hospital overflow, but only if their facility is adequately prepared as defined by Centers for Disease Control and Prevention guidelines.

Dinsay’s facility has been preparing in case there is an overflow of COVID-19 patients from nearby hospitals.

“It’s so dangerous to have patients like this (test positive) in the facility because we aren’t prepared to take care of something like this,” Dinsay explained. “This is like a death sentence if we hold multiple patients. The worst case scenario is for us to have to work as that extra space (for hospitals).”

According to Dinsay, staff members holding each other accountable has been an important key to staying safe and healthy.

“At lunch, we’ll have vitamin C shots together,” he laughed. They also remind each other to work out, take vitamins and stay hydrated.

Dinsay explained that the scariest part of working at a skilled nursing facility during this pandemic is not knowing when and where they’re getting exposed to the virus. He stressed the importance of people staying home and taking this crisis more seriously.

“Everything will be okay in the future, if you just cooperate in the present,” he said.

Dinsay emphasized to remind the public about the shortage of N95 masks. He encourages people to donate any extras to their local hospitals or skilled nursing facility.