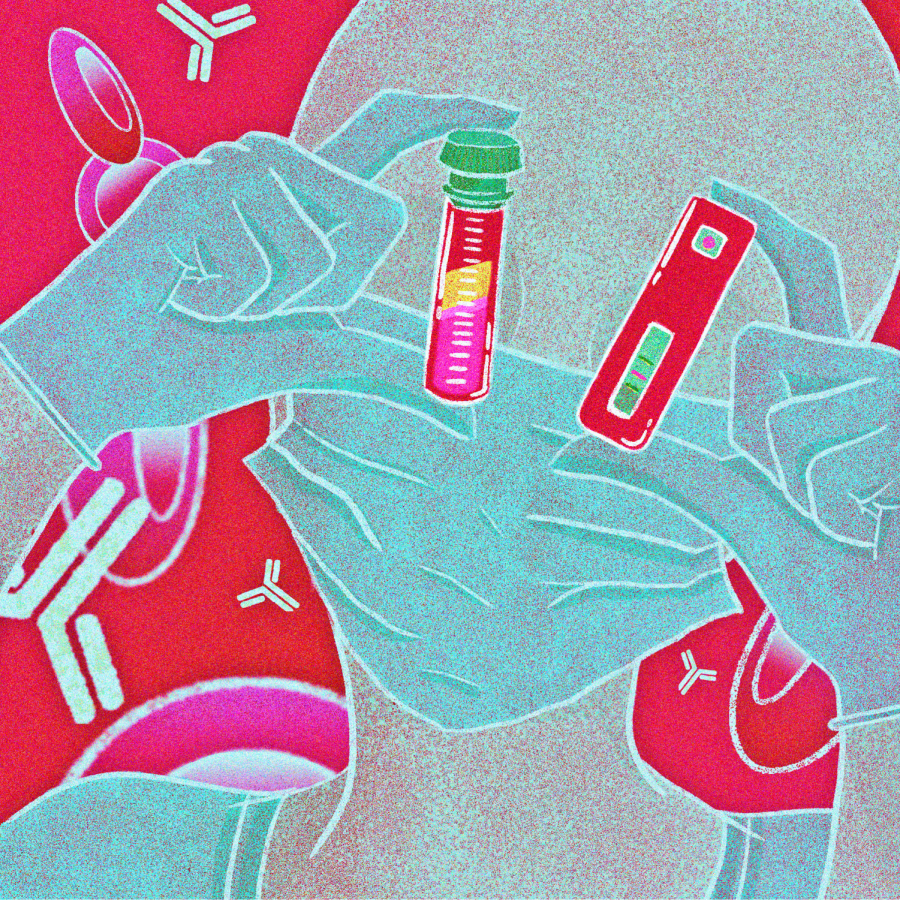 Earlier this month, the U.S. Food and Drug Administration sent a letter to health care providers recommending they use the serological tests to detect antibodies for SARS-CoV-2 from those who have been exposed to SARS-CoV-2 or have recovered from COVID-19.

However, the World Health Organization struck down the suggestion made by other governments that the detection of antibodies to SARS-CoV-2 could be the “immunity passport” for allowing people to return to work last week.

“There is currently no evidence that people who have recovered from COVID-19 and have antibodies are protected from a second infection,” WHO stated on April 24.

Currently, over 1 million people have tested positive for COVID-19 in the U.S., as documented by Johns Hopkins University. The serological tests will not only show who has been potentially exposed to COVID-19, but will also help determine what public health measures will need to be implemented and if social distancing efforts are truly helping to lower the spread of the virus.

Here is an explanation of what the test is and why it is used:

According to WHO, when the body meets a viral infection, the body responds by working to slow the spread of the virus and even prevent symptoms from occurring. The body produces antibodies that bind to the virus, which include proteins called immunoglobulins. T-cells are also produced to recognize and remove cells infected with the virus. These combined efforts may clear the virus and potentially eliminate the risk of becoming re-infected. This process is measured by the amount of antibodies in the blood.

The process of detecting the presence of antibodies when the body is responding to the infection is conducted by a serological test, where blood is drawn from an individual, typically through the prick of a finger. But it can take anytime from 1-2 weeks for antibodies to appear in the system, which can limit the purpose of the serological test to diagnose who has been exposed to COVID-19. However, the FDA advises health care providers to not solely rely on these tests for determining exposure.

Conducting these tests can give health care providers a look at who develops an immune response to COVID-19 and hopefully down the line with more studies, who can resist re-infection.

Serological tests can also determine who is eligible for convalescent plasma therapy trials, a potential treatment for those experiencing symptoms by using the plasma which consists of antibodies of those who have recovered from the virus.

However, a concern about these tests is the length of immunity an individual has to the virus after being exposed or infected by it. Vox reports in an explanatory article that scientists still need to research how long a person may remain immune to the virus, as antibodies may not last forever within a person’s immune system.

If a person tests positive from the serological test, that means antibodies have appeared from either SARS-CoV-2 or a similar infection, as there are multiple strains in the coronavirus family such as MERS and SARS.

It is possible that antibodies might appear in one’s system without showing symptoms, meaning the individual is asymptomatic. But if one has experienced symptoms, then the individual needs to have a diagnostic test done — such as swabbing the nose — to diagnose for COVID-19, according to the Centers for Disease Control and Prevention.

If a person tests negative for antibodies, then that means they were not infected by COVID-19. Or, the antibodies still have not shown up as it takes a while for the antibodies to appear in the system which means they can still spread the virus. Another possibility is that an individual’s body has not developed antibodies at all.

While antibody testing still requires more research to determine COVID-19 immunity, conducting these tests will prove which part of the U.S. population is still at risk of infection but more importantly, as stated before, how effective public safety measures are in slowing the spread of the virus.

As antibody testing becomes more available, keep checking in at the California Department of Public Health for more details on locations providing the test. Residents in the San Fernando Valley can participate in antibody testing at Exer Urgent Care.